"Two-thousand-twelve was a very interesting year for Mayan research," says Nikolai Grube of the University of Bonn, one of the leading experts on Mesoamerican advanced civilizations. But the interest had nothing to do with Dec. 21.

Among other things, at excavation sites in Xultun in Guatemala, researchers discovered the room of a scribe -- a particularly interesting find according to Grube. The walls of the room are covered with numbers and images. They are calendar calculations that confirm that the Mayans operated with numerous astronomical cycles, including those of Mars, Venus and Mercury. They also tried to predict solar and lunar eclipses.

The Mayan's deep interest in astronomy has long been known, as has their use of planetary cycles in the so-called post-classical period -- the same era in which the famed 11th or 12th century Dresden Codex was created. But the scribe's room in Xultan has now confirmed suspicions that such activity began much earlier. The writing on the wall originates from the year 814.

Scientists also occupied themselves in 2012 with the end times -- not the end of the world, but that of the Mayan culture. Its downfall came in the ninth and 10th centuries. Long lasting droughts led to crop failures and widespread hunger, which contributed to the civilization's collapse. If the Mayan political system hadn't already been on the verge of collapse, they might have been able to survive.

But by then, the advanced civilization was already at the edge of the abyss. Strife between to major cities, and later among several smaller ones, had weakened the Mayans. It was, one might think, the perfect time to predict the end of the world.

As it happens, however, they didn't. At least not for Dec. 21, 2012. The date is the end of the so-called baktun, comparable to the millennial change in our own calendar that was celebrated by people around the world on Dec. 31, 1999.

A baktun is a unit of time in the ancient Maya Long Count Calendar. This existed in addition to a calendar based on the solar year, which includes 365 days, as well as a calendar of rituals that repeats itself every 260 days. In the long count calendar, time is divided into ever longer phases. A baktun represents 144,000 days, or around 394 years. The Mayan calendar began around 5,125 years ago. According to their mythology, that was the time when this world was created. But they also believed that other worlds had existed previously.

Still, matching up our own, present-day calendar with that of the Mayans is not a precise exercise, and a deviation of a few days is conceivable. Grube says it is even plausible that the end of the 13th baktun might not be on Dec. 21 but instead on Dec. 24.

Could the Mayans Really Tell the Future?

So will the world end on Dec. 24 after all? Many have pointed to the fact that the date the Mayans believe the world was created is identical to that of Dec. 21. That, though, is not entirely accurate. Furthermore, the Mayans themselves appeared not really to believe that the world would end. Some 80 percent of all known Mayan writings have been deciphered and most texts can now be interpreted with few problems. And there are several of them mentioning dates far beyond that of Dec. 21, 2012.

"You find dates in Mayan texts that are thousands or millions of years into the future," Grube says. But the texts underscore that the world still exists and the gods are still present.

In other words, the world may not, after all, come to a crashing end on Friday, though it could end on Christmas Eve. Before going out to buy extra water, however, it is worth keeping in mind that the Mayans weren't all that good at making predictions anyway. They forecast that their own cultures would survive for thousands of years. As it turns out, they were wrong. 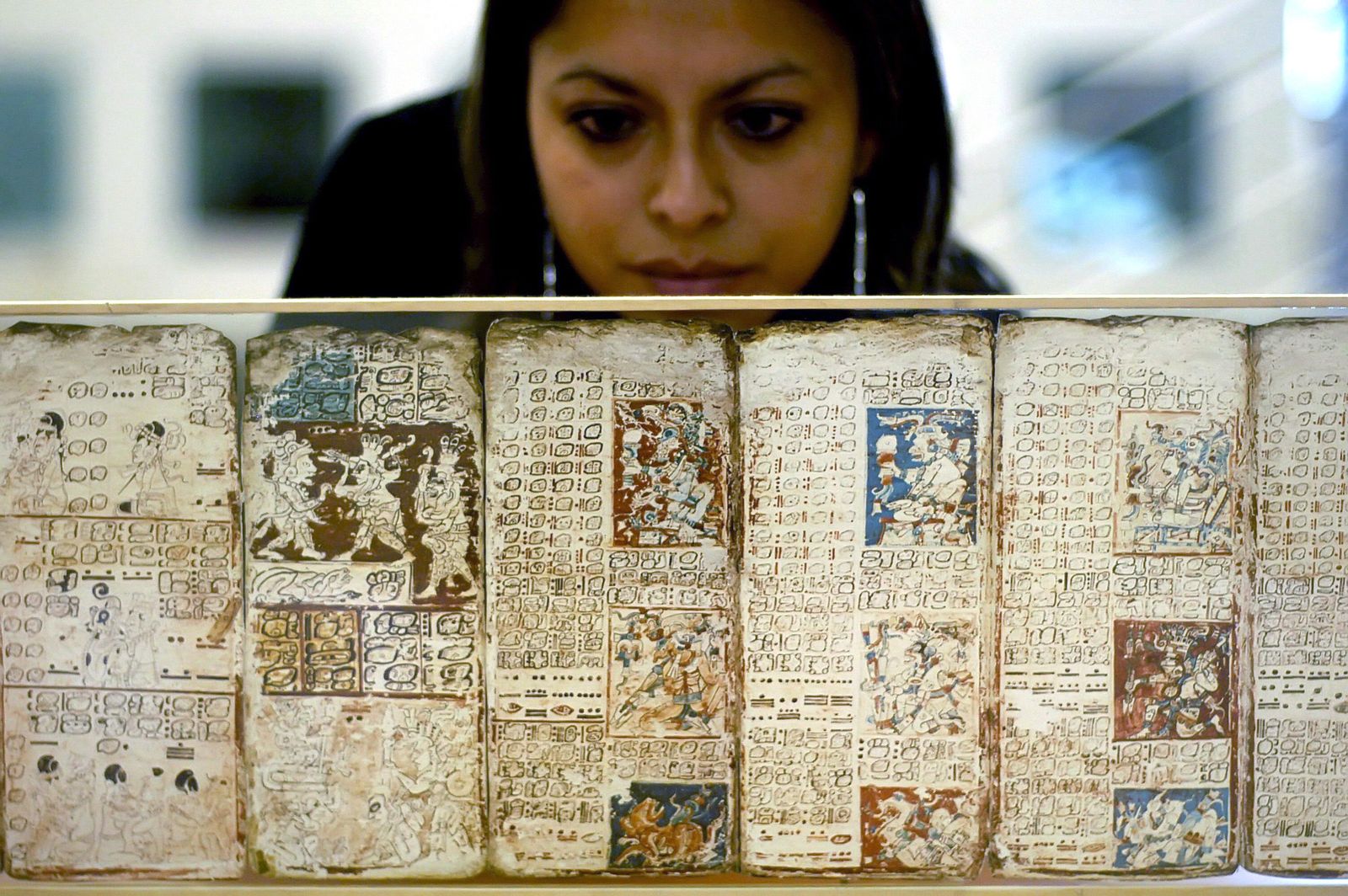 A copy of the Dresden Codex, the oldest known book written in the Americas.