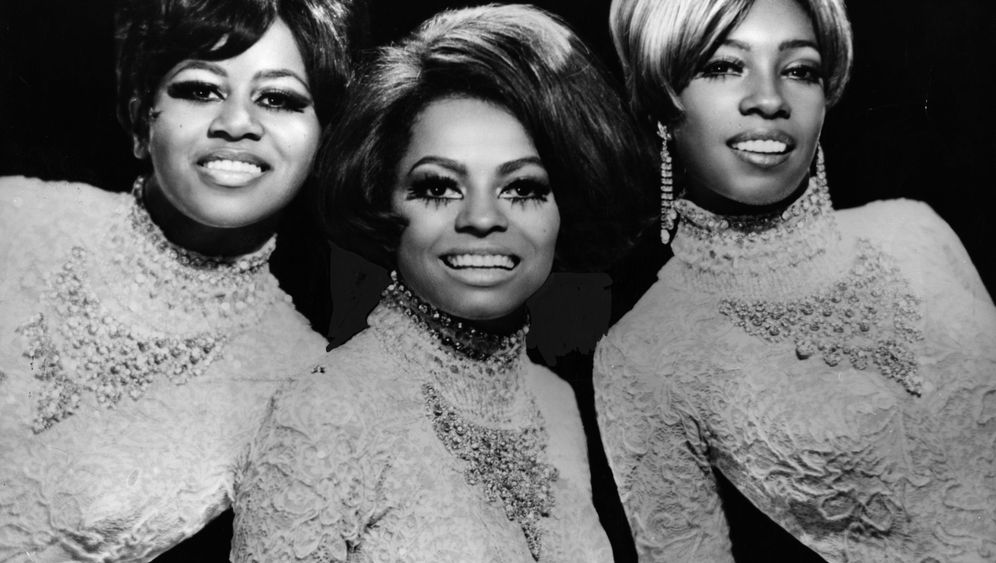 It was a recording session out of the ordinary for Diana Ross and the Supremes. During their heyday in the mid 1960s, the Motown stars piled into a Detroit recording studio and laid down a few tracks in near unintelligible German.

They were probably given a cheat sheet with the words spelled out phonetically as they warbled through "Baby, Baby, Wo Ist Unsere Liebe," the German version of their hit "Where Did Our Love Go?" And they were probably more than happy to get the tongue-knotting nonsense over with.

Almost half a century later, the surreal soul curiosity has been revived on the marvellous double album "Motown Around the World," a collection of Motown's greatest stars struggling to sing classic soul hits in foreign languages. There's The Four Tops and Smokey Robinson & the Miracles agonizing with Italian, Martha Reeves and the Vandellas and Stevie Wonder laboring in Spanish, The Velvettes in French and The Supremes, The Temptations and Marvin Gaye battling with German.

Not to be outdone, a new compilation pays tribute to the Teutonic forays of British pop star Cliff Richard, whose hits include "Move It" and "Devil Woman." The new album, "Rote Lippen Soll Man Küssen: Das Beste auf Deutsch" (the title refers to the German version of Sir Cliff's 1963 hit "Lucky Lips"), features a massive 58 tracks that the British singer recorded in German.

What may come across today as a cheap stunt was at the time the normal course of business for pop labels looking to make a global impact. Whoever scored a big hit in the United States or the UK was zipped back into the recording studio to churn out new versions that the record company could deliver to foreign markets in the appropriate languages. And the translation efforts weren't just limited to American and British hits: The West German market was lucrative enough that even a bitter cultural rival like France would Germanize its big hits. Sixties' icon Françoise Hardy hates her German recordings like "Träume" so much that she still tries to legally prevent their re-release to this day.

Because of record labels' demands, some of the era's most influential stars couldn't escape a trip to the studio to cut a hit in German. There are German versions of the Beach Boys' "In My Room," Johnny Cash's "I Walk the Line," The Beatles' "She Loves You" and Dusty Springfield's "Wishin' and Hopin'."

Those re-recordings were seldom big hits in Germany, however. Ironically, the singles have now become rarities and often sell for hundreds of euros today.

The pop curiosities are notable for a number of reasons. Many of them, especially the Motown re-recordings, departed from the original, adding new instruments or were remixed in the process. Second, many of the lyrics come across as unintentionally comic in translation. There are also songs that were written exclusively in a foreign language for an artist, such as "Sympatica," a song written by German hit-maker Fini Busch and composer Werner Scharfenberger for Marvin Gaye. (Not one of the soul master's finest works.)

The trans-Atlantic cooperation sometimes led to complications. In 1965, a certain David Bell, a representative of a German record label, flew to Detroit to oversee The Supremes recording German versions of their songs. But it turned out that Bell's English wasn't up to the job, whereupon an irritated Berry Gordy, the Motown founder, took over the re-recording process himself. The fact that songs recorded by Martha Reeves in the same session, such as a German version of "Dancing in the Streets," have been lost to posterity is a minor tragedy.