The Munich Oktoberfest ended on Sunday after two weeks of beer-fuelled revelry that led to a total of 4,500 items being handed in to the lost property office at the site, including two wedding rings, a hearing aid and two French horns.

Unlike in previous years, however, the list did not include false teeth, usually a firm fixture in the inventory of lost items. For those who take a keen interest in Oktoberfest statistics -- one reason for the decline in dentures is believed to be the improvement in adhesives over the years.

Among other items found was a copy of Playboy magazine signed by a model featured in it.

One thousand items of clothing were also left behind, as well as 950 identity cards, 480 mobile phones and 400 sets of keys, the city of Munich, which organized the world's biggest beer festival, said in a statement.

Perhaps that's not surprising given that 6.4 million people visited the festival and drank a total of 6.9 million liters of high-octane beer brewed specially for the festival by the city's six leading breweries.

The beer consumption was less than the 7.5 million liters drunk last year but that wasn't surprising given that this year's Oktoberfest had a fifth less space than usual because a fifth of the site was taken up by an adjacent agricultural fair. The last time that happened was in 2008, when 6.6 million liters of beers were imbibed, the city said.

The guests ate 116 oxen and 57 calves. Attempted thefts of the one-liter beer glasses fell to 111,000, down from 2011 when watchful security staff fished a total of 226,000 glasses out of the bags of departing guests. The glasses are popular souvenirs.

However, on a darker note, the number of brawls and "beer corpses," people who drank themselves unconscious, was up sharply this year.

Ambulance workers gave medical assistance to 827 inebriated people, up from 777 last year, and the number of police callouts increased by 3.5 percent to 2,031. "We went to the limit and a bit beyond," said police spokesman Wolfgang Wenger.

The total of dangerous assaults in which the heavy beer glasses were used as a weapon increased to 66 this year from 55 in 2011, police said.

"The immediate arrest of 48 of these reckless attackers is the only correct reaction to this form of violence," said the deputy president of the Munich police, Robert Kopp.

The organizers noticed that there the trend towards more visitors wearing traditional Bavarian attire -- Lederhosen breeches and Dirndl dresses -- continued this year, and that increasing numbers of foreign guests are embracing the charms of Bavarian folk costume.

"It looked as if there were just Bavarians at the festival," said Dieter Reiter, the chief organizer. "The only way to distinguish international visitors was their lack of command of the Bavarian dialect." 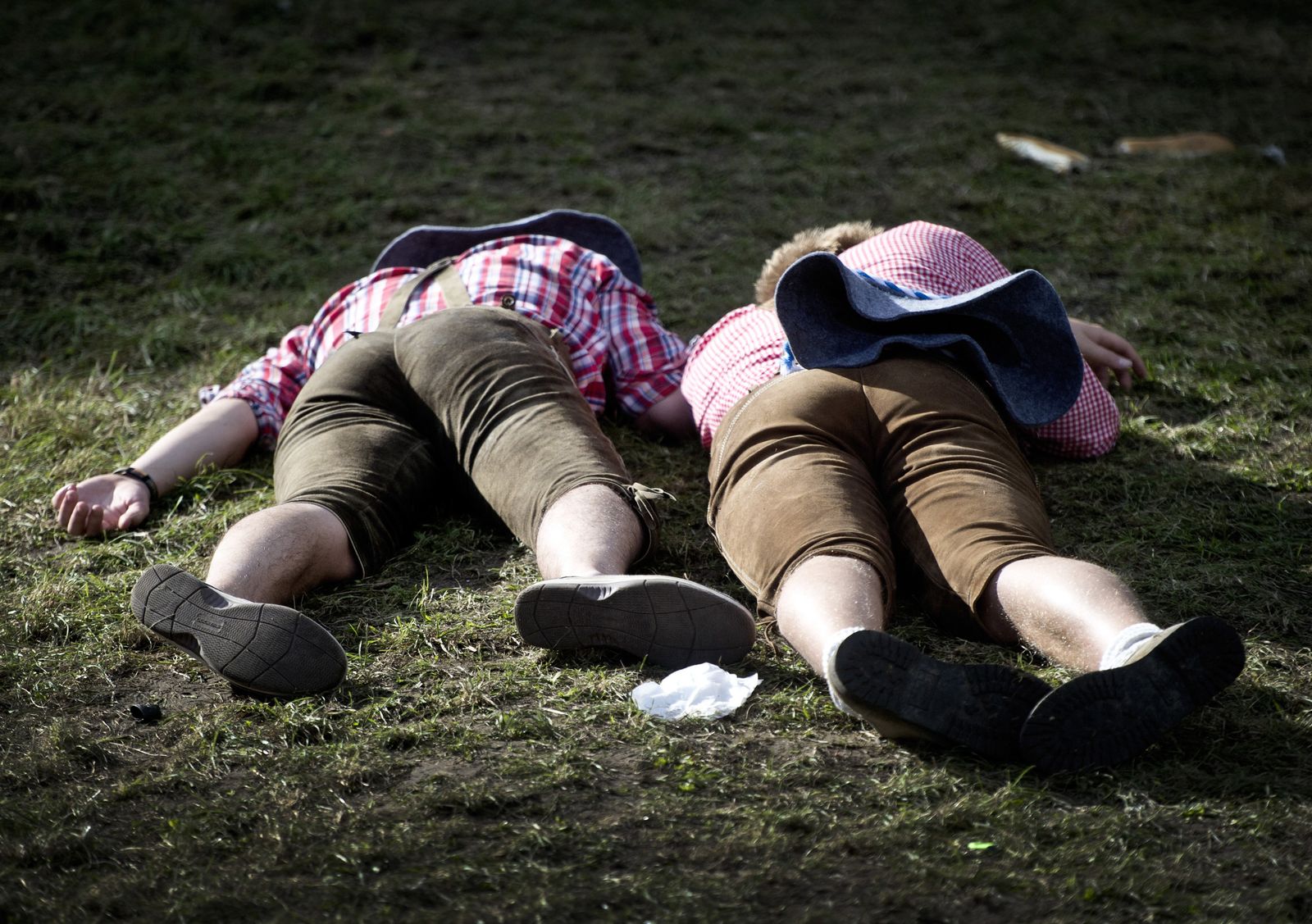