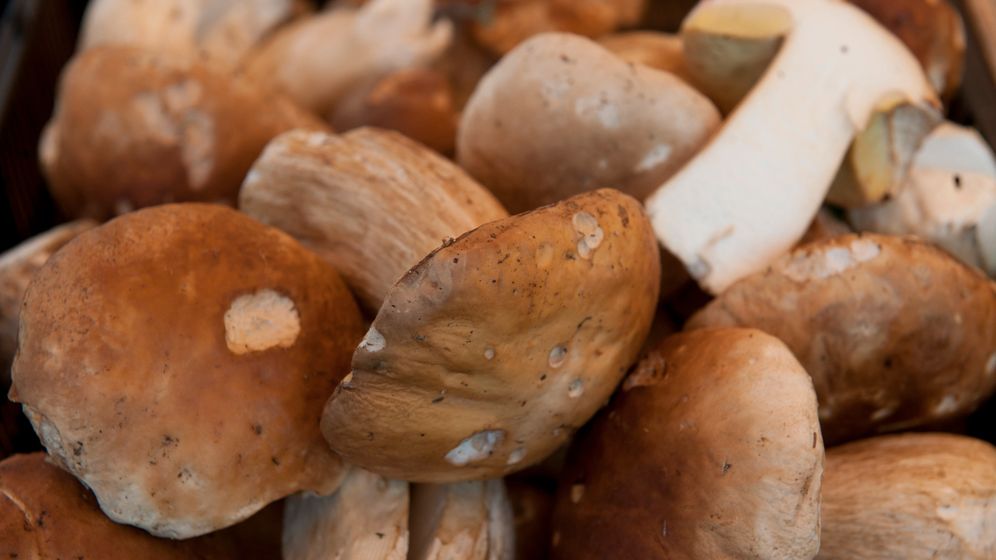 Gourmets worship the boletus edulis, also known as the porcino or penny bun mushroom, as one of the finest edible mushrooms, a heavenly ingredient for risotto or pasta dishes. If they're fresh, restaurants will pay up to €50 ($68) a kilo for them. A few hours in the forest can yield a crop worth hundreds of euros.

In marketing terms, that's not exactly on a par with cocaine. But the high-protein, brown-capped fungus has spawned what media are calling a "mushroom mafia" of professional, determined foragers. Last week near the western German town of Bad Münstereifel, four of them in a car allegedly rammed a forestry worker who had tried to stop them.

He rolled off the hood of the car and was hurled to the ground. "While the forestry official struggled to his feet, the car reversed back toward him, rolled onto his foot and stopped," police said in a statement. The man was injured and had to see a doctor -- but police arrived and got personal details about the men, who now face criminal charges.

Later the official, identified only as Ernst A., described his ordeal to local tabloid newspaper Express. "They refused to give me their personal details and were extremely aggressive and violent from the start," he said.

He added that the leader, whom the others kept calling "boss," had a knife in his hand and wanted to pierce the tires of the official's car. But the others persuaded him not to.

While telephoning the police, the forestry worker says, "the so-called boss threatened me, saying he was going to telephone someone, too."

A few days later, in the same area, police confiscated 40 kilograms (88 pounds) of illegally harvested penny buns from seven men who had been spotted heading into the forest with several bags.

"We've had to deal with professional mushroom foragers for many years," Horst-Karl Dengel, head of the regional forestry department for the upper Eifel region, told SPIEGEL ONLINE.

"You get mushroom pickers who come with a basket and collect them for their own consumption, which is legal," Dengel said. "And then you get the other ones, who arrive in vans and spend two or three hours picking loads of kilos and then driving off. That's illegal."

An additional problem is that the mushroom foragers are ignoring "Keep Out" signs in parts of the forest and disturbing red deer during their current mating season, Dengel said.

The mushroom-picking season, which is very popular in Germany, runs from early September to mid-October.

Peter Gwiasda, an expert who gives guided mushroom tours in the Taunus hill region of western Germany, gets 50 to 80 applicants for each of his excursions. "At the moment, I could do one every day," he told SPIEGEL ONLINE.

"There's a big conflict between forestry workers and hunters, on the one hand, and mushroom foragers, on the other," Gwiasda adds. "Some gatherers behave irresponsibly and march through the forest in hordes, scaring off animals. It's a problem you find wherever forests are close to towns."

Germany has some 5,000 mushroom species, including many that are considered delicacies. In addition to the penny bun, there are chanterelles and -- Gwiasda's personal favorite -- boletus luridiformis, also known as the dotted stem bolete. "It looks terribly poisonous," he said.

Beware, though -- it can be a hazardous occupation. Mushrooms picked in parts of eastern Europe and around Munich still contain high caesium levels resulting from the Chernobyl nuclear accident in 1986, said Gwiasda.

It's not uncommon for overzealous mushroom pickers to choose the wrong ones and poison themselves.

Fool's Webcap, or Cortinarius orellanus, common throughout Europe, is among the most perfidiously poisonous mushrooms because the worst symptoms take weeks to materialize, said Gwiasda. Inexperienced foragers can confuse them with chanterelle mushrooms, he explained, before detailing exactly what happens if you eat one:

"After some hours, you feel very unwell, with a headache, fatigue, intense thirst, a burning sensation on your lips and tongue, and pain in your side. Then it stops. After two weeks you get the next bout and that's mostly the death sentence because, in most cases, your kidneys or liver have been irreparably damaged."