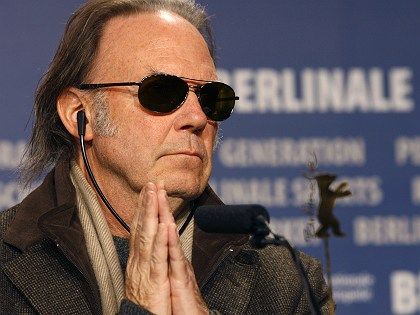 Move over Bob Geldof, Bono and Sting. Madonna and Justin, don't worry, you don't need four minutes or even to worry about saving the world any more with your music. Indeed, if you believe what rock guru Neil Young said on Friday in Berlin, music can't save the world -- at all.

"I think that the time when music could change the world is past," Young told reporters, according to the AP. "I think it would be very naïve to think that in this day and age."

That's really a shame, given that so many Woodstock-era musicians like Young - and thousands before and after him - have done their best to convince us that music could, indeed, save the world.

Young is in Berlin for the Berlinale film festival to present his new film "CSNY: Déjà vu," a documentary about the 2006 "Freedom of Speech" reunion tour of the band Crosby, Stills, Nash & Young.

Despite his dour prediction of music's disappointing inefficacy, Young did leave some room for hope. "I think the world today is a different place," Young said, "and that it's time for science and physics and spirituality to make a difference in this world and to try to save the planet."

Only time will tell, however, whether, "Live Math" or "Yoga Ins" will succeed in inspiring future generations of idealists.