For Igor Siwanowicz, one thing is clear: the praying mantis in the focus of his lens does not want to be friends with him. Quick as lightening, she stands up and flashes him her bright colors, a move designed to trick her enemies out of eating her. But Siwanowicz has no interest in eating her. He isn't scared by her trick and the renowned micro-photographer gets his picture.

It's one of many entries in Focus magazine's "Pictures from Research" photo competition, which has a prize fund of €20,000 ($29,800). Siwanowicz won second place in the "Captivating Research" category with his praying mantis snap. His competition came from all branches of science, including biology, chemistry, medicine, physics and anatomy. The picture doesn't have to be taken by a pro like Siwanowicz, just as long as it makes research more accessible to the non-scientific community. 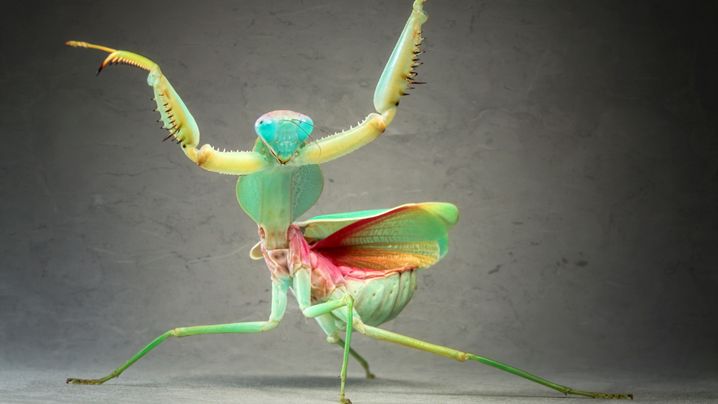 Siwanowicz's praying mantis finds herself in good company, among a coral-like vascular system, a robotic seal bringing comfort to dementia patients and an explosion of activity in a neuron cell. The collection presents a fascinating look at the work being done in laboratories around the world.

The competition was first launched in 2005 and is now one of the world's most important prizes for science photography.