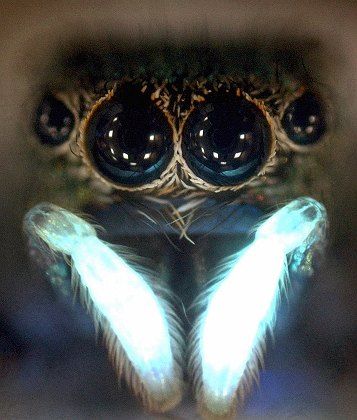 Spider bites may not be such a bad thing.

In the country that gave us Gisele Bündchen, the G-string bikini and samba music, apparently even the spiders are sexy. According to scientists at the Instituto Butantan in São Paulo and the Medical College of Georgia, one of the world's deadliest spiders could be nature's answer to Viagra.

Though its hairy legs and beady eyes may fail to inspire amor, the Brazilian wandering spider (Phoneutria nigriventer) has other endowments. The arachnid -- also known as the "banana spider" for its tendency to hide in bunches and shipping boxes of the fruit -- packs a venom that has rousing side-effects. Along with increased blood pressure and severe localized pain, male bite victims often experience prolonged and painful erections. And, after their symptoms subside, some men report an improvement in their sex life.

According to livescience.com, the Brazilian and American researchers announced at an American Physiological Society meeting earlier this month that they've isolated the carnal compound in the spider's venom, called Tx2-6. After testing the chemical on rats, the scientists found that it works differently from common erectile-dysfunction drugs, which could be good news for men who don't respond well to them.

Erectile dysfunction affects as many as 30 million American men, according to Johns Hopkins' James Buchanan Brady Urological Institute. But up to one-third of them aren't helped by drugs like Viagra and Cilias. These work by blocking the chemical PDE-5, which kills an erection. The banana spider compound, Tx2-6, affects an earlier part of the process by allowing certain muscles to relax so blood can flow more easily into the penis, creating an erection.

The scientists who conducted the study say they hope to develop the spider chemical into an erectile dysfunction treatment for the men who aren't successful with PDE-5 blockers. One researcher told livescience.com that combining drugs like Viagra with the spider venom could be a very "efficient" treatment.