Giant pumpkins don't make the best racing boats but they do have one advantage over wood and carbon-fiber-- they can be turned into gallons of soup.

Four contestants took part in Germany's first motor boat pumpkin race on Sunday in their outsized fruit vessels fitted with 3.5 horsepower outboard engines capable of reaching speeds of up to 10 kilometers an hour, said the Holiday Park Hassloch, an amusement park in southwestern Germany which hosted the race. 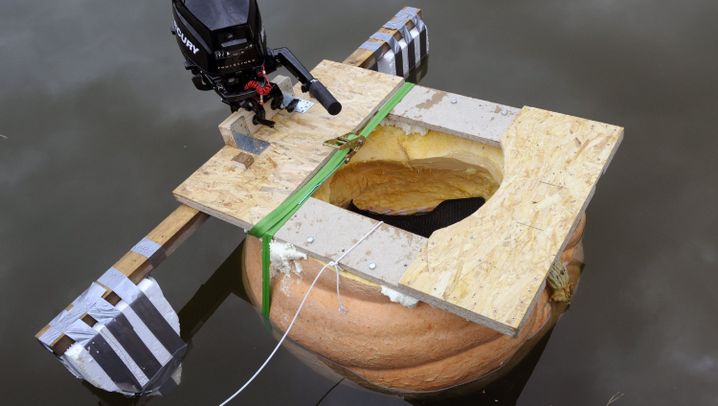 A newcomer, Jacqueline Steffen, 30, the only woman competing, emerged as the winner and collected the prize of €1,250. One of her three fellow contestants capsized in her wake as she powered towards the finishing line in her pumpkin. It took her just 2 minutes and 43 nail-biting seconds to complete the race.

Pumpkin motor boat racers don't have much chance to practice because their boats come with a sell-by date and tend to disintegrate after a week.

Pumpkin motor boat races have been held in Britain and America but never in Germany, said a member of staff at the Holiday Park. But Germany has of course held pumpkin rowing boat races.

The park said the contest attracted so much interest that it will host the 2010 European and International Championships in Motor Pumpkin Boat Racing. 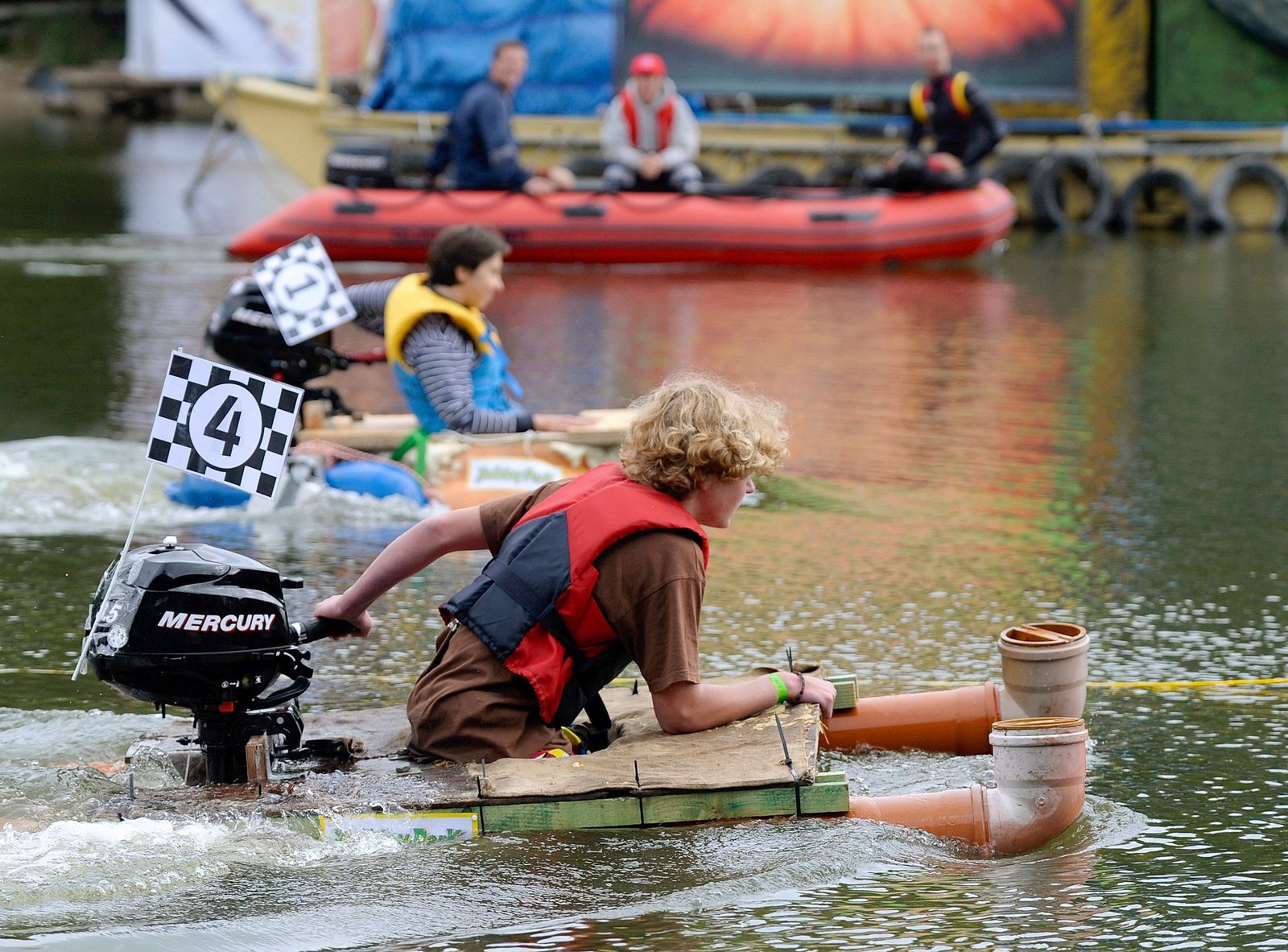 One of the contestants capsized in her wake as she powered towards the finishing line in her outsized fruit.