Women in the northern German town of Lüchow have expressed their dissatisfaction with the design of two urinals in the men's toilet of a museum dedicated to the Rolling Stones. They are shaped like red lips, similar to the legendary logo of the band, but they look more feminine, and they lack tongues.

Local activist Roda Armbruster wants the urinals removed. "That's discrimination against women," she told regional broadcaster NDR. "Why does it have to be a woman's mouth? If it had been based on the emblem of the Stones with the tongue, it would have been OK. But the tongue's been left out and they really looks like women's mouths."

Marianne Jönsson-Olm, the official in charge of women's issues in the Lüchow town administration, said: "An uproar has gone through the population -- around a dozen women came to me and complained."

The museum was opened last October by a retired banker, Ulli Schröder, 62, who has been collecting Stones memorabilia for decades.

His response to the criticism has been defiant and unrepentant. "That's not a man's mouth or a woman's mouth, that's art. They were damned expensive and they're staying where they are and that's final."

The urinals were designed by a woman, Dutch artist Meike van Schijndel, and have attracted controversy before. They were removed from a toilet in New York after complaints.

The town council subsidized the museum with €100,000. Lüchow's mayor, Hubert Schwedland, has been trying to mediate. "You can't argue about personal taste and art, everyone interprets it themselves and draws their own conclusions. People who don't like them should avoid them." 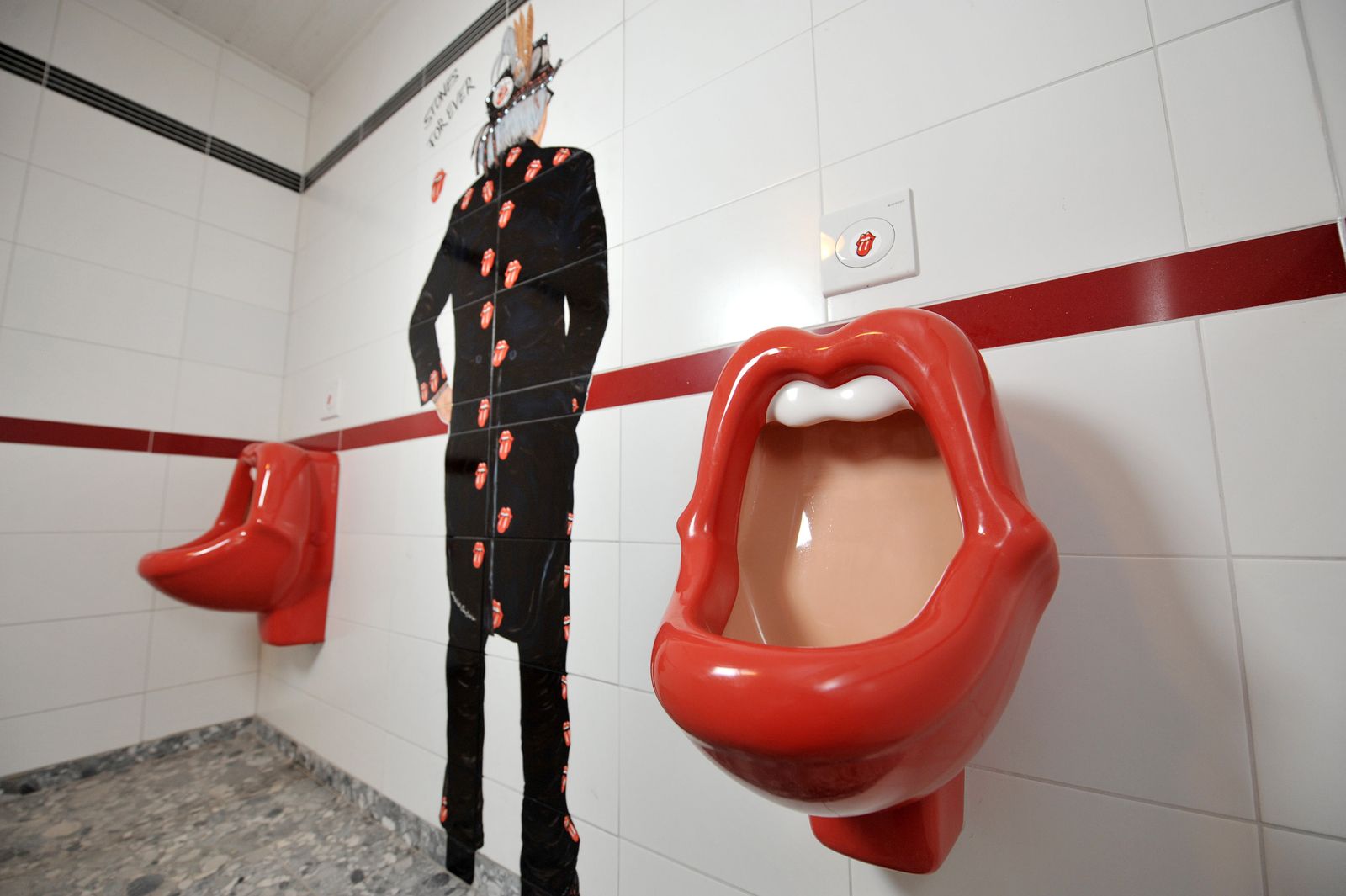