One should think twice before writing a quick essay about a master of deliberation. On the other hand, one can adopt carpe diem as a motto, particularly in light of the Nobel Foundation's announcement that it was awarding the 2009 literature prize to Herta Müller. The prize directs global attention, if only briefly, to literature, even the intricate variety which demands attentive and thoughtful reading. This is a blessing, particularly when, as is the case this year, the recipient is a highly valued colleague.

The Swedish Academy in Stockholm praised Müller, saying she is an author "who, with the concentration of poetry and the frankness of prose, depicts the landscape of the dispossessed" -- a sentence which proves that praise can be more confusing that the text being commended. It is true that Müller has written about the "enigma of arrival" in West Berlin after she moved there in 1987. But in most of her books she writes persistently about her past in Romania.

'You Were a Slave'

As such, her works are true Heimatliteratur (literature rooted in the homeland), yet were produced, as so many such works have been, in exile. Indeed, it recalls the warning from Moses in the Old Testament: "You shall remember that you were a slave in the land of Egypt." The knowledge that one has been freed is not enough. The emigrants cannot observe the world through the lens of their newly won affluence, security and comfort -- for they have become what they are by virtue of their past, a past which cannot be left behind.

Herta Müller is a prime example of that fact.

She turns our attention to torture and oppression, to scorn and dehumanization, crimes for which no atonement has been made. Her homeland is a past that she cannot escape. It has marked her like a tatoo; it echoes in her independent voice.

Authors like Herta Müller are patriots of an estranged homeland. The literature of the last 20 years suggests that hardly anyone who has stayed home can write about the rule of violence and the silencing of the victims as effectively.

With each of her books, Herta Müller fights against forgetting, against the frenzy of concealment and trivialization which has prevailed in Eastern Europe since 1989 and which seeks to pass off one of the worst periods of degradation and destruction of the individual as a regulated normality. (Unfortunately, this is an attitude that has also taken hold in the so-called "West," as could be seen in the completely uncritical reception to the recent election of communist apparatchik Irina Bokowa to the post of UNESCO director-general.)

From a distance, Herta Müller is able to preserve both her own experiences as well as those of people close to her in an idiosyncratic verbal memory which creates a new community of listeners for the silenced and awakens new empathy for the past.

The Nobel Prize committee recognizes that, despite exile or displacement, a writer like Herta Müller has remained true to her suffering. It also recognizes that her oeuvre makes up a unified evocation and deconstruction of totalitarian reality unlike that of almost any other writer and certainly unlike that of any other author currently living in Eastern Europe. (Incidentally, the mood in the German Academy for Language and Literature, which has not yet awarded its Georg Büchner Prize to Herta Muller, is probably less celebratory; the fact that they have now been overtaken by the Stockholm committee is embarrassing.)

I see Herta Müller's Nobel Prize as an important signal. The process of coming to terms with the communist past is of existential importance and is far from complete. The prize rewards an indomitable and courageous body of work and encourages those who tread a similar path. 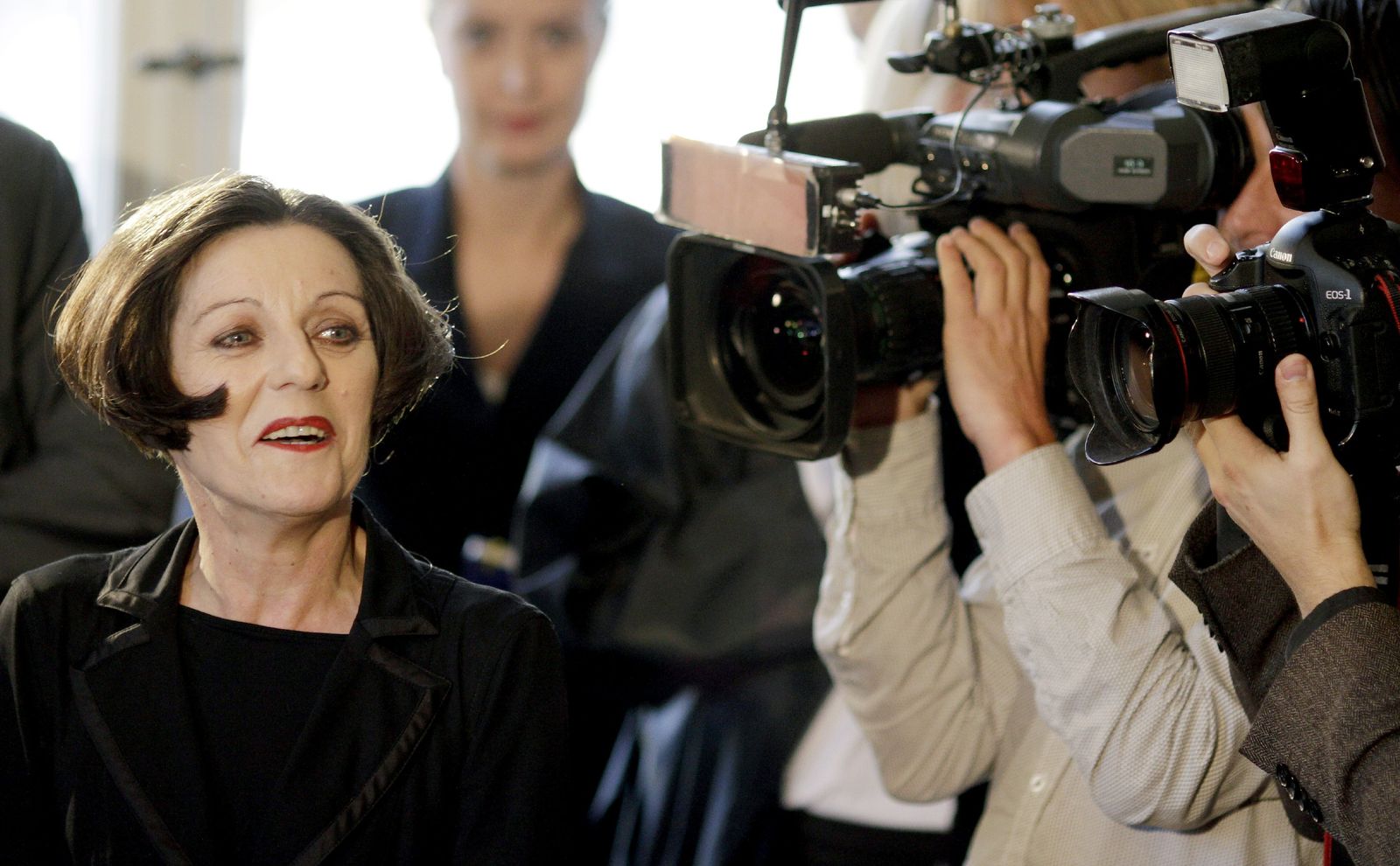 Herta Müller at a press conference in Berlin Thursday: Her Nobel Prize is an "important signal," argues Iliya Troyanov.