This NSA probably already knows this, but a German bakery has responded to the mass surveillance scandal by devising a topical range of delicacies including "Spy Ring" doughnuts, "Snowdy" rolls, "Insider" muffins and "Facebrot" bread.

The "Snowdy" rolls are an homage to the whistleblower who is something of a hero in Germany for having informed the public about the massive digital surveillance undertaken by the National Security Agency.

The "Spy Ring" doughnuts have a vanilla filling and are covered in brown stripes, not dissimilar to the bars of a jail cell. SPIEGEL ONLINE is still trying to ascertain the ingredients in the "Insider" muffins and "Facebrot" bread.

"We launched the products this week. We've done things like this before, we had a 'Yes We Can' range with Barack Obama," master baker Frank Westerhorstmann, managing director of the Stadtbäckerei chain of 20 bakeries in the western city of Düsseldorf, told SPIEGEL ONLINE. "The customers find it funny and it helps sales."

He says that the ideas for the products come from his staff. "A lot of our customers are away on holiday so our bakers have time to be a bit more creative and to have some fun. We'll probably get the counter-intelligence guys coming round to question us at some point."

A total of 1,000 "Spy Ring" doughnuts are on sale in the Düsseldorf area on Tuesday. "Snowdy" rolls, coated in pumpkin seeds, are in more plentiful supply. 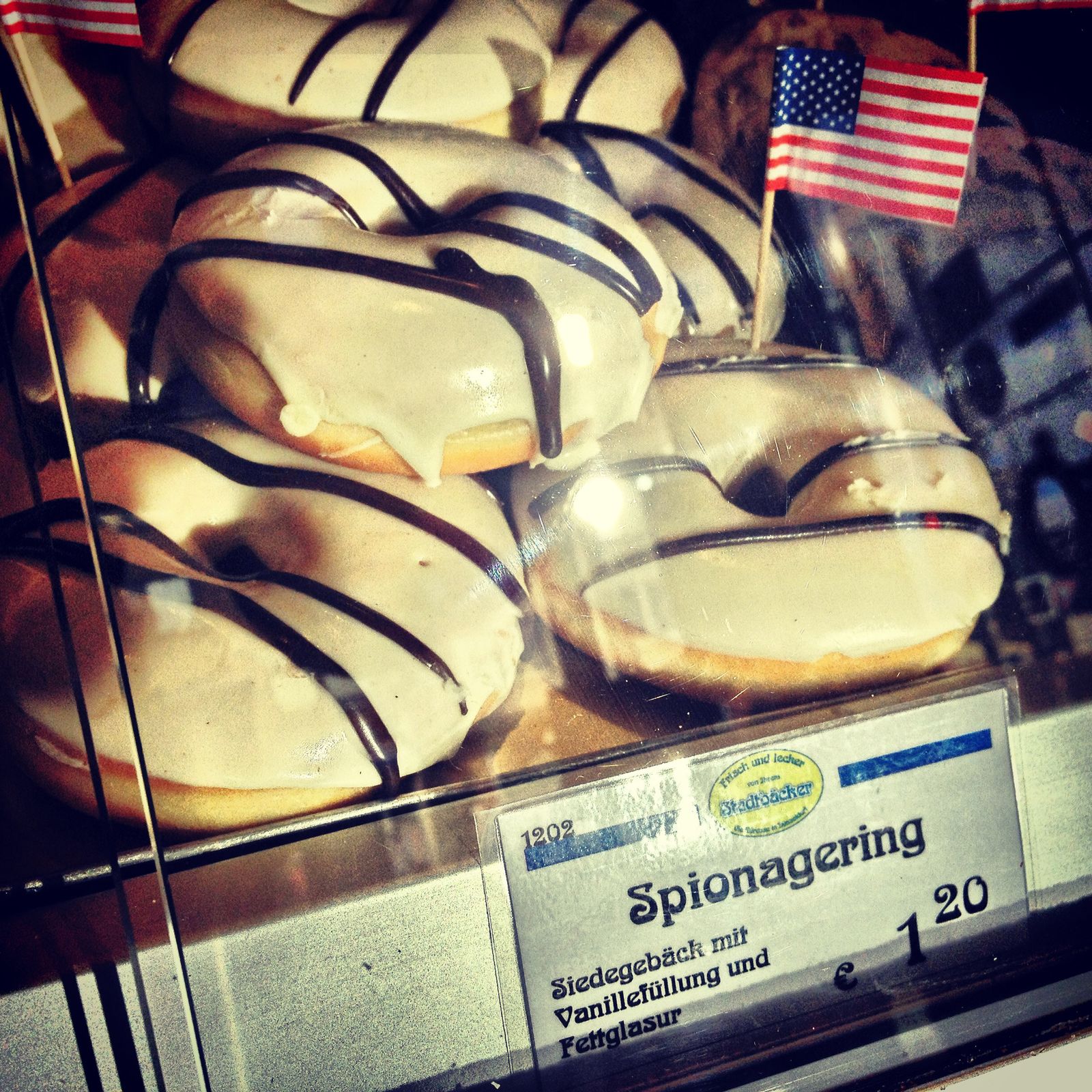 "Spy Ring" doughnuts on sale in a German bakery.