Lampooning religion has proven an easy way to get into hot water in recent years. Caricatures poking fun, or outright hostility, at Islam have been especially prone to producing controversy -- or even violence.

Now, however, it is Germany's Christians who find themselves on the receiving end of an indelicate cartoon. Several religious leaders in Kassel, the western German city that is currently hosting the semi-decadal art exhibition Documenta, have protested against a drawing advertising a show in the city's caricature museum.

"I find it problematic when a caricature disparages the very heart of a faith," Barbara Heinrich, a Protestant official in the city, told German news agency DPA. Local Catholic priest Harald Fischer has likewise criticized the caricature, according to the local paper, the Hessische/Niedersächsische Allgemeine (HNA), as have Catholic and Orthodox Christian leaders from the area.

The cartoon in question is hanging outside the Kulturbahnhof, a cultural center which houses the caricature museum, known as Caricatura. It depicts Jesus in agony on the cross as a voice calls down from heaven, "Hey, you. I fucked your mother."

'Not Good for the Church'

Museum head Martin Sonntag has rejected calls to remove the poster. He told the HNA that caricatures are by their very nature offensive to some observers. "But we can't remove caricatures after every complaint," he said. Were the museum to take into account all religious and other viewpoints, he added, it would have to close its doors.

The artist behind the caricature, Mario Lars, likewise expressed surprise at the burgeoning debate. "It was not my intention to hurt the feelings of the faithful," Lars said. "I was just making a joke…. (The church) should stand aloof of such things and address more important problems. Such a large commotion over a small joke isn't good for the church."

The mini-imbroglio recalls a recent scandal involving the German satirical magazine Titanic. The publication recently printed an image of Pope Benedict XVI soiling himself front and back under the headline: "The Leak Has Been Found." The Vatican was not amused and filed a cease and desist order against the magazine. 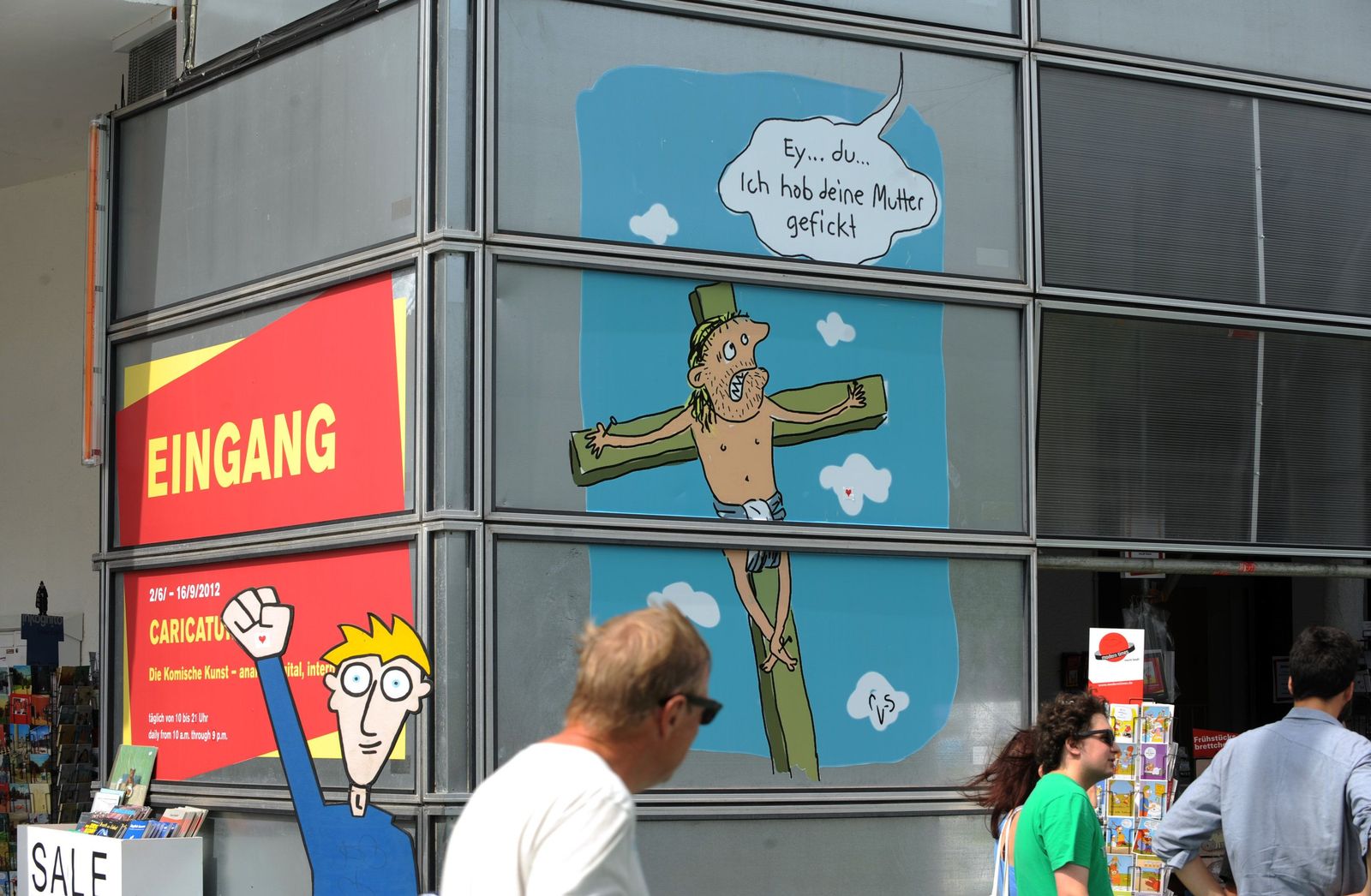 This caricature in Kassel is causing a commotion.