A quartet of disgruntled German pensioners is alleged to have taken the law into their own hands after investments turned sour. The four, plus an accomplice, faced charges of kidnapping in a German court on Monday. They are accused of holding their financial advisor hostage for four days last June after sustaining heavy losses on property investments in the US.

On Monday one of the accused, a 74-year old man, admitted that he and one of his co-accused had snatched the 56-year-old advisor from his home and transporting him across the country.

The accused said that he had been "taken for a ride and fooled" by the financial advisor.

Prosecutors have charged the two married couples, aged between 60 and 79, as well as an alleged co-conspirator, with carrying out the kidnapping in order to recoup losses amounting to €2.5 million ($3.4 million) in rotten investments.

According to the prosecutors, the accused tied up the advisor in his apartment, covered his mouth with tape and then used a pushcart to transport him in a box to a car, where they place him in the trunk. The hostage managed to escape the car during the 455-kilometer journey across the country, but was recaptured and sustained two broken ribs in the struggle.

The man was then kept in the garage of one of the accused and forced to sign a number of documents, which would allow them to retrieve their investments.

However, the advisor managed to encode a secret SOS message in a fax sent to a bank employee, who then called the police.

A team of commandos stormed the address which they had gleaned from the details in the fax. The elderly defendants gave themselves up without any resistance. One of the suspects was not able to attend the hearing on Monday due to ill health.

A verdict in the case is not expected until March 23. 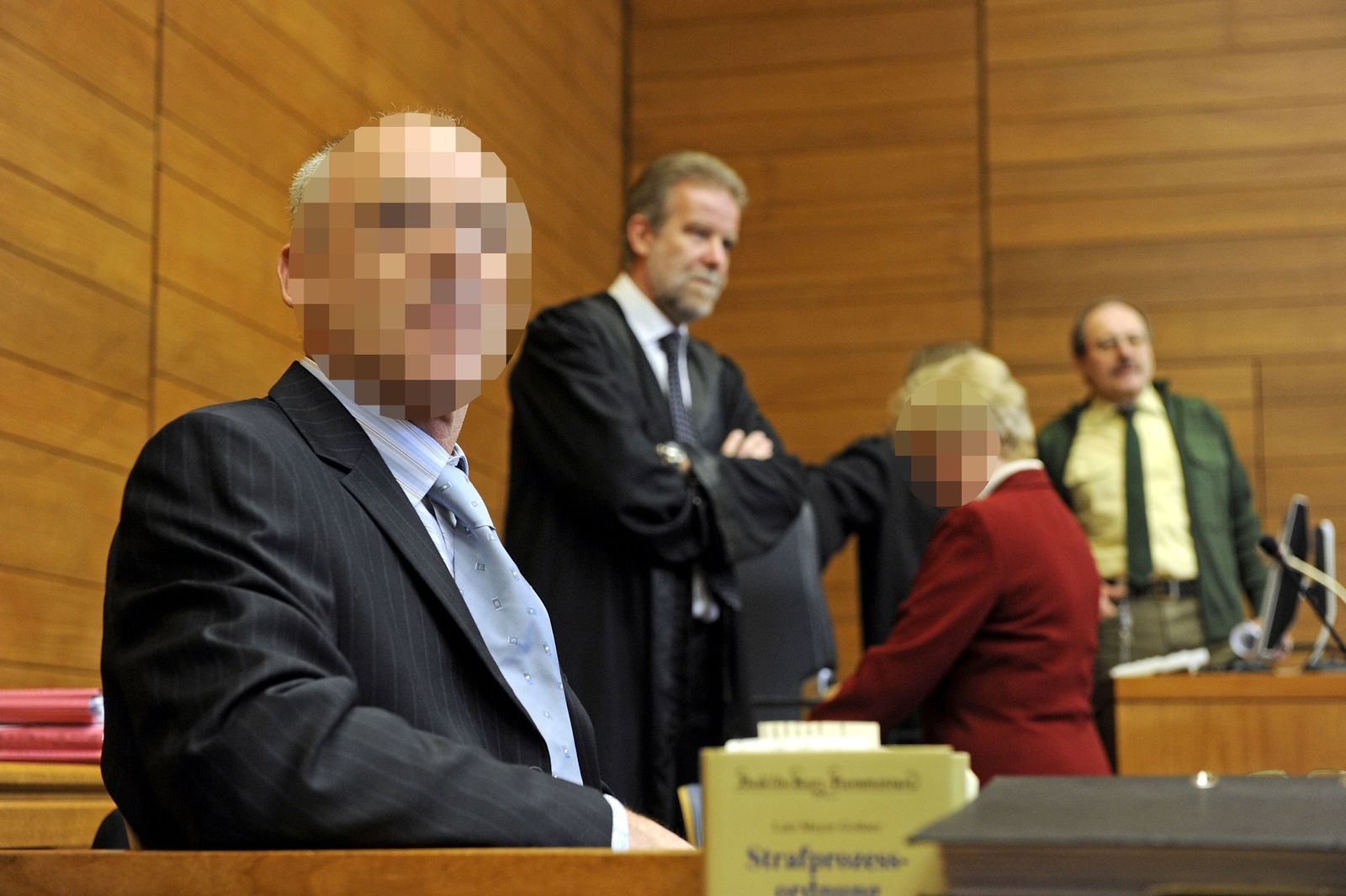 Two of the accused in the court in Traunstein on Monday.