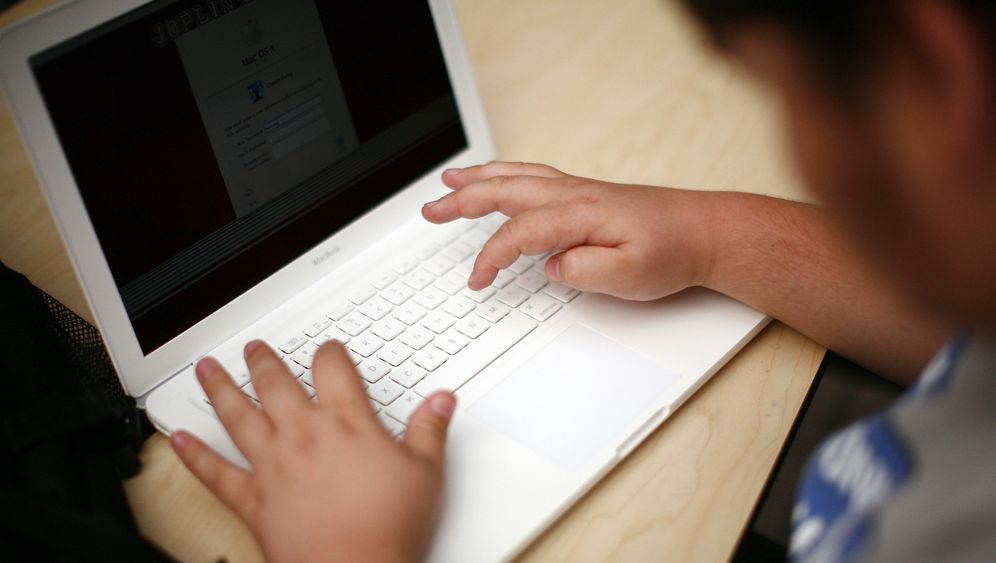 The World Wide Web has transformed teenage culture, and it defines the topics parents need to talk with their children about. And we're not just talking about the birds and the bees anymore; we're talking about frank discussions of sex in general, including pornography.

Corinna Rückert, Carl's mother, takes a laid-back attitude. "It used to be that boys would sneak forbidden magazines out from under dad's bed," she says. "Now they get the material online."

The greatest challenge, Rückert says, is not to lose contact with children as they go through puberty. "Maybe I annoy Carl sometimes with my discussions," she says. "When he says, Mom, I've talked enough, then I leave him alone." She knows that defining an identity separate from one's parents is an important part of healthy development and that Carl has a right to privacy.

Rückert didn't fly off the handle when she found out her son was secretly surfing the Internet in his bedroom. "Carl explained to me why it was so important to him," she says, "and, in the end, we agreed on certain times of day. If he doesn't stick to the agreement, I turn the router off."

Corinna Rückert is part of the generation of parents who grew up in the 1970s "with drugs and hippie music," as she says. She lived in a commune in the countryside before moving into a row house with a garden in Lüneburg.

Rückert sometimes finds parent-teacher conferences "hair-raising." There are mothers and fathers there, she says, who want to prevent their children from coming in contact with pornography at any cost, demanding safeguards and bans. "That's like abolishing forks and knives just because we can't teach our children table manners," Rückert says. "I have to wonder if these parents have forgotten their own adolescence."

Pornography can even have an educational function, she says, in that parents don't "have to explain the technical side of how sex works to kids now." In the digital age, Rückert explains, it's less about the traditional explanation of sex and more about "imparting sexual values" in terms of how people interact in relationships.

Not the Cause of Bad Behavior

Most sex researchers now agree that the structure of sexual desire develops earlier, during childhood and the prepubescent years. Experiences in nonsexual areas also have an effect -- the development of early relationships, the way parents handle children's needs, and the attitude children learn toward their own bodies. Even in childhood, individual "love maps" form, which inform what kind of people we later fall in love with and what sexual practices we prefer.

That was Carl's experience when curiosity led him to click on a video that showed several men violently forcing a woman to have sex. "It was totally disgusting how they treated the woman," he says. "I turned it off right away."

Here, too, Corinna Rückert considers real-life role models more important. As a mother, she strives to provide her son with a positive image of women. "I show him that women are tough and by no means inferior to men," she says.

In German classrooms, at least, social workers have generally been finding more confusion in recent years than vulgarization. It's a sunny Tuesday in the southwestern city of Freiburg and the team from ProFamilia, a nonprofit organization dealing with sexual issues, is on its way to an appointment with Class 7b at the Droste-Hülshoff-Gymnasium, a university track high school. The ProFamilia car reads "safe in traffic" -- with the German word for "traffic" also meaning "intercourse" -- and the bag of its team's supplies includes a stuffed model known as the "velvet vagina."

The girls in Class 7b wear hot pants and have braces. The boys look nervous. When the social worker announces an "opening exercise," the whole class bursts out laughing. Was puberty ever any different?

Later, the students are divided into discussion groups by gender. One 13-year-old girl wants to know how to act during sex. Another asks if it's necessary to shave beforehand. "Shaving pubic hair is a big topic," says Kristina Staufert from ProFamilia's Stuttgart branch. "Once a girl came to me very upset because she'd found a hair growing in her armpit," she continues. "She'd never seen a woman with body hair and thought it meant she was turning into a man."

"For girls, social networks and chat rooms are more interesting than pornography," says Andreas Ritter, another ProFamilia social worker in the southern city of Augsburg. "They want to try things out, test their feminine appeal and meet boys." Online, they can make initial forays into these activities without the risk of getting hurt.

The Danger of the Forbidden

Another 13-year-old -- let's call her "Nina" -- also likes to visit chat rooms. She's the tallest girl in 7b. She has a model-like figure, wears a short top and has long, blonde hair. She's noticed that men, even older men, look at her differently than they did before. She was recently at the computer with her friends and logged in to Chatroulette, a flirting platform open to the public. She turned on the webcam so the man they were chatting with could see them. First, he wanted to see their feet. Then he wanted the girls to kiss each other. That's when they ended the chat session.

Nina says she would never meet up with someone she only knew online. She's also taken the pictures of herself in a bikini off Facebook because she was getting too many messages from strangers.

"The allure of doing something forbidden is considerable," Ritter says. "Girls want to please. They get that recognition online, and they don't want to lose it." According to a 2005 study, nearly 40 percent of all adolescents in chat rooms are asked sexual questions at some point and, again and again, girls give out their telephone numbers. "Girls need to learn to say no," the social worker adds.

There's one point on which all the girls in 7b agree: They want to wait to have sex, and they want the first time to be with a steady boyfriend. Trust is especially important to them.

That puts these girls squarely in line with the statistics, both in terms of the values they espouse and the age at which they want to have sex. A study published by Germany's Federal Center for Health Education (BZgA) in September 2010 showed that young people were becoming sexually active later than they were just a few years earlier. Most adolescents had sex for the first time between their 16th and 17th birthdays, while a third did so even later.

Still, Ritter says, the boys' most pressing concern hasn't changed in years: How can they satisfy a woman?

Carl is now 17, a tall boy with an Ashton Kutcher look and a mop of brown hair. He also had sex for the first time at 16, putting him right in line with the average.

"I knew doggy style from the Internet and I really wanted to try it," he says. "In movies, you see the woman from the front, and it's pretty hot. But in real life, you just kind of have this back in front of you."