Koko, a 36-year-old female parrot who sings operatic arias and once famously hurled abuse at the mayor of Munich, has been stolen, much to the dismay of residents in the city's central Schwabing district. 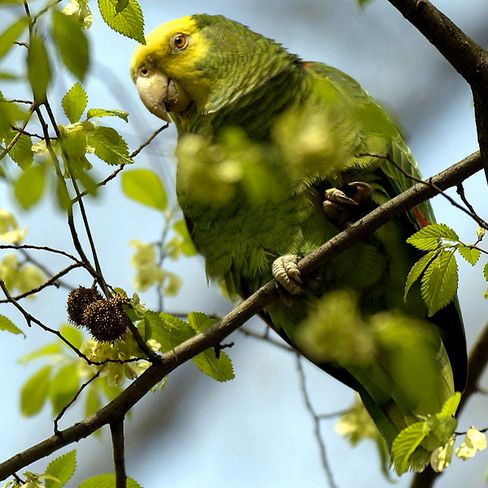 Koko's owner, Nathalia Ruth, has appealed for witnesses and offered a €500 ($673) reward for her return. "We have no new leads. Koko is well known in Schwabing and the whole district is really upset about this," she told SPIEGEL ONLINE.

Koko, a green Yellow-naped Amazon, is popular with neighbors because she sings a broad array of arias she learned from her former owner, an opera singer. She evidently also has the temper of a true diva, muttering "Where's my ball-point pen?" in between songs and occasionally descending into the profane.

When Munich mayor Christian Ude walked past her on his way to a dentist's appointment in the building three years ago, she called out "You Asshole!" He was so amused that he stopped to chat with her during subsequent visits to the dentist.

Koko was stolen from a courtyard where she would spend sunny days climbing around a tree entertaining her neighbors. Then last Wednesday morning, a mysterious black vehicle drove into the courtyard, two men got out, put Koko in a box and drove off, according to an elderly lady who witnessed the drama.

Since then, Ruth has received no information even though the case has attracted nationwide media coverage, aided by Koko's love-hate relationship with the mayor.

Ruth, who has put up missing posters throughout the district, hasn't received a ransom demand and is now at a loss. "She had such an impressive repertoire of songs. Obviously she didn't sing the lyrics but the songs sounded very real and she sang with a lot of gusto.

"I'm thinking of doing a TV appeal. I hope all the media coverage will help get her back," said Ruth.