A German job center is calling it an "oversight," but the young woman in question isn't taking it lightly. A 19-year-old woman in the southern German city of Augsburg had been hunting for a job for months before the local, government-run job center contacted her about a potential position.

According to a report in the local Augsburger Allgemeine newspaper, the woman received a letter from the job center on Saturday suggesting she apply for a service staff position at an establishment called the Colosseum. The precondition for working there is an "appropriate appearance," the letter said, and she would serve drinks for 42 hours each week, primarily at night and on weekends.

There's just one problem: A web search for the Colosseum revealed the company's true nature. It's a brothel, a "nudist club" where one can "sex & relax (sic) on over 2,500 square meters" and encounter "girls with mega service and more." The brothel also offers a whirlpool bath and a bar -- just in case customers get thirsty.

"I was absolutely outraged," the newspaper quoted the woman as saying. "My mother immediately screamed when she saw the letter." The trained housekeeper had been looking for a job since November -- but as a cleaner, she told the paper, and "not at the counter of some whorehouse."

The job agency has apologized to the young woman, saying a mistake was made. A manager told the newspaper that the job agency has an internal policy of asking jobseekers in a screening interview whether they would be interested in jobs connected with the adult entertainment industry. In this case, they hadn't.

However, the job agency does not provide listings for jobs as prostitutes.

Women Can't Be Forced to Work in the Sex Industry

The incident raises some interesting points in the country, which is regarded as progressive on sexual matters. In 2002, the country legalized prostitution, and two years later, Berlin introduced reforms in the unemployment laws aimed at slowly stripping away benefits for the jobless if they were unwilling to accept employment offers. The amendments also made it technically legal for job agencies to broker jobs in prostitution. Since these changes to the country's laws, those employed as sex workers have the same rights to a pension and health insurance as any other worker.

At one point, a major debate erupted in the tabloid media over whether government-run job centers could force women into prostitution. In 2004, however, the job centers issued a voluntary regulation that women who refused job offers as prostitutes would not have their unemployment benefits curtailed.

Nevertheless, there have been repeated incidents in which women have felt pressured. And, legal or not, the protests are likely to be loud whenever any kind of morally questionable offer is made.

In a precedent-setting case on the matter, Germany's Federal Social Court ruled in 2009 that the country's constitution does not permit the "active promotion of prostitution through the exercise of official authority" -- a decision that provided legal backing to the job centers' position.

The ruling came after the operator of two brothels -- both called Laura's Girls -- in Speyer and Karlsruhe sued after a job agency refused to post listings to fill positions for 12 prostitutes from Germany and the European Union.

At the time, job center officials argued they would not do placements for prostitution "as long as there is no clear moral position on prostitution in Germany." However, they continued, if there were a moral consensus that it was an acceptable position, they would be required to treat it as a "normal profession -- without any fussing or quibbling."

Until then, though, whenever it is suggested -- even accidentally -- that a person serve drinks in a red-light-district institution, scandal is likely to ensue. 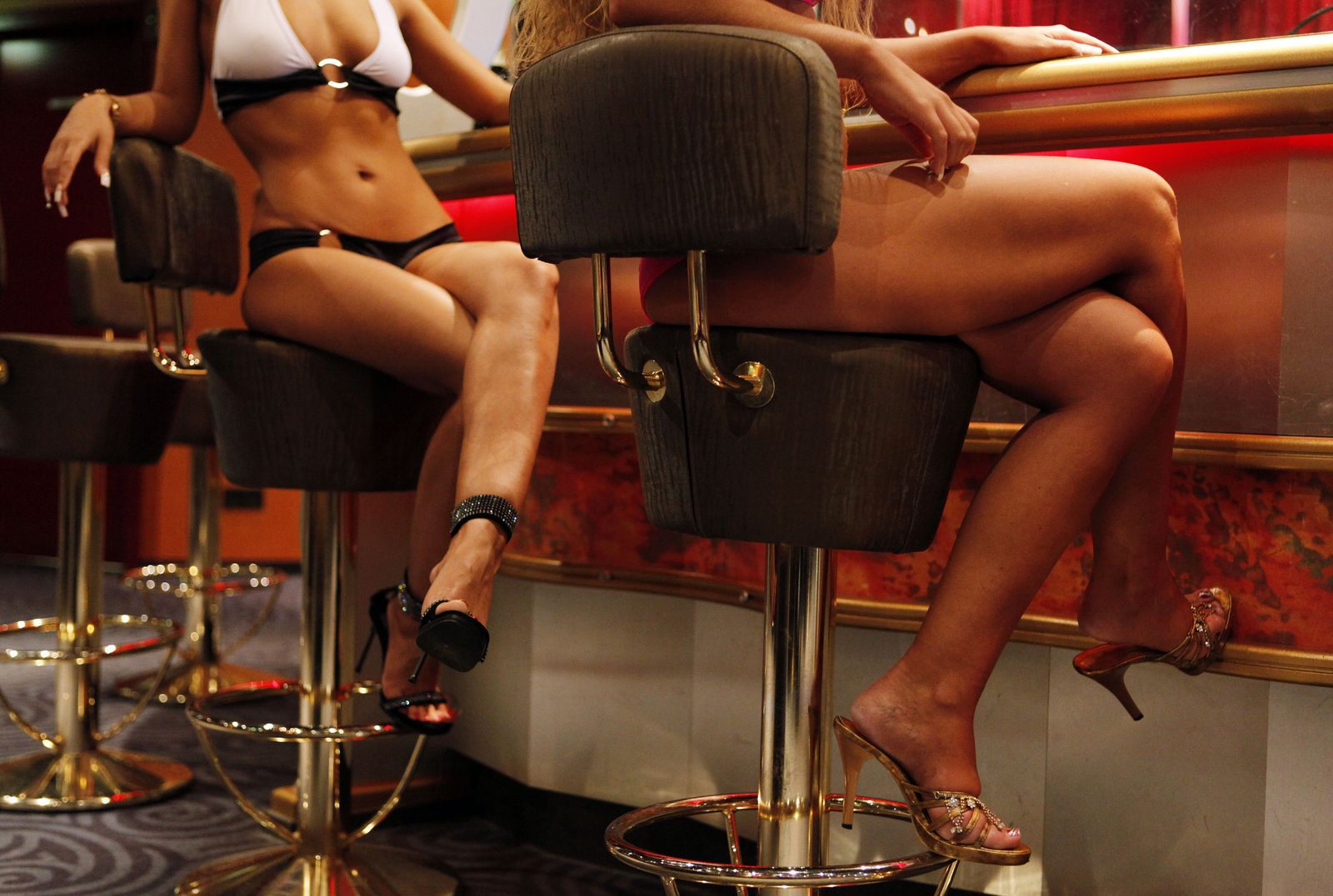 An Augsburg woman was not amused when it was suggested she could take a job at a place where one can "sex & relax."