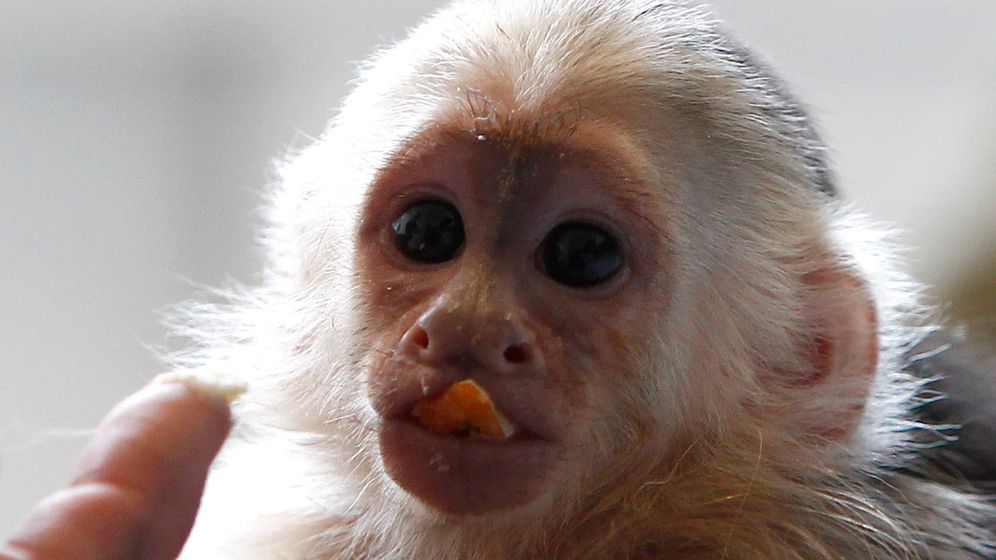 Justin Bieber's pet monkey, Mally, spent Easter behind bars in Munich after being quarantined by German customs officials last Thursday -- and the teen pop star has yet to claim the 14-week-old baby back, says the head of the Munich animal sanctuary that is looking after it.

The capuchin monkey was seized after Bieber, 19, landed at Munich airport in a private plane without proper documentation for Mally. The two are reported to have been inseparable since Bieber was given the monkey as a birthday present on March 1.

Munich's main animal sanctuary has been looking after Mally since Thursday. Its director told SPIEGEL ONLINE on Tuesday morning that Bieber hadn't contacted him or the city's veterinary authority yet. He added that Mally was in good spirits -- but constantly clinging to a stuffed toy cat.

"The monkey is cheerful and is eating well and has his replacement mommy with it all the time," said Karl-Heinz Joachim, who has been helping to feed the celebrity pet. "It always has to sit on the stuffed toy and hold on to it. It doesn't like milk, it gets babyfood and fruit. When I offer a piece of apple, it takes it straight away and looks pleased."

Reports say Bieber will have to pay a fine that could be as high as $17,000 to get Mally back, plus cover the costs of the quarantine. The pain of separation didn't appear to impair Bieber's performance in a Berlin concert on Sunday night, where he landed on stage as a winged angel in a white suit and golden gloves.