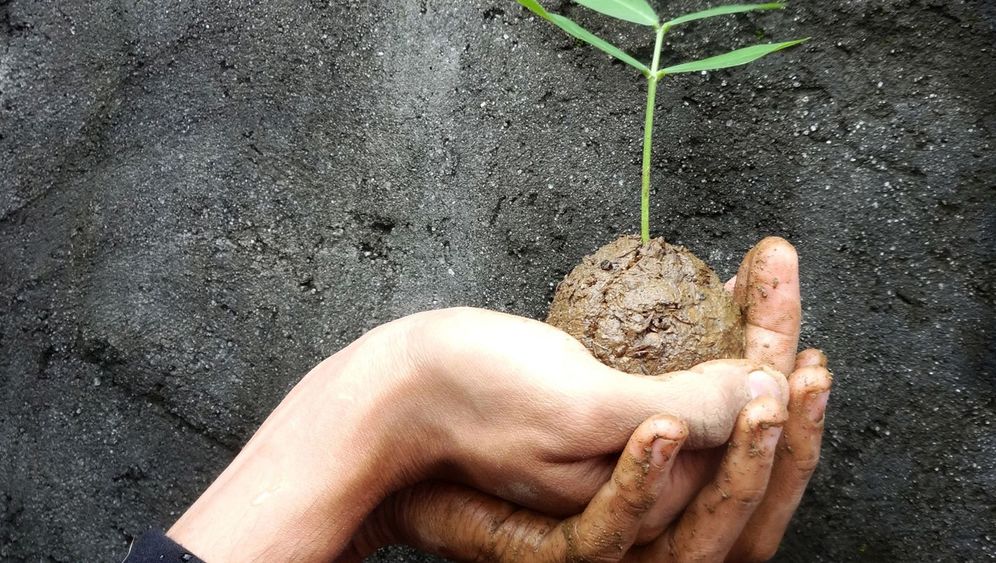 From a shot of kids slouching against a fence at a garbage dump in the Philippines to a grainy black and white image of a bird flying past a belching chimney in Russia, many of the entries could easily be mistaken for the work of seasoned photojournalists. But in fact, none of the photographers were over 17.

French 14-year-old Sophie sent in a picture of a plastic bag drifting through a brilliant blue sky, while 9-year-old Darpan from India explained that he wanted his image of boys playing with water buffalo to show that it's possible for man and nature to coexist peacefully. They are just two of the some 4,000 young shutterbugs who entered the contest, which focused on the themes "I Love Nature" and "I Fear Pollution."

The "Children's Eyes On Earth International Youth Photography Contest 2012," the first of what organizers hope will become an annual event, was initiated by the organization International Dialogue for Environmental Action (IDEA) in collaboration with Iranian-French photojournalist Reza Deghati. Its sponsors include the Ministry of Youth and Sports of the Republic of Azerbaijan, the World Photography Organisation and National Geographic Kids Magazine in the United Kingdom.

"The standard of the photographs and the enthusiasm of the participants far exceeded our expectations," said Reza, who chaired the panel of judges and an advisory board of international photography and art experts.

The public also had the opportunity to vote on the 50 shortlisted images by visiting the project's website.

Enno Forchner, a 14-year-old from Potsdam, made the cut. "My father is a cameraman so he taught me how to take pictures," he says. His first foray into photography was 10 years ago on a trip to the zoo -- and animals remain his favourite subject. His entry was taken last fall, when he and his mother spent three weeks traveling though Namibia. Just as their bus was pulling out of the Etosha National Park at sunset, Enno spotted a Toco Toucan in a tree. "The low sun beautifully lit up its beak," he recalls.

He'll find out how he's done on October 2, when the jury will announce the four prize-winners. They will win digital camera equipment and a trip to Baku in Azerbaijan to attend an exclusive workshop with photographer Reza.