Berlin has been enjoying sizzling temperatures and plenty of sunshine in recent weeks, and its population has celebrated the arrival of hot weather by thronging streets and parks. But that, in turn, has once again highlighted the dog mess problem which blights Germany's capital. Walking through the city or trying to find a spot on the grass to sunbathe can be akin to running a dog dirt gauntlet.

And that's because, in contrast to many other major European cities, Berlin has yet to effectively combat dog owners who fail to clean up after their pets. More than 300,000 piles of excrement -- around 55 tons -- are deposited in the city by dogs each day, according to the city's garbage utility BSR. Yet not many owners are prepared to stop and pick up the mess.

The situation has become so bad that experts from Vienna in Austria and Lucerne in Switzerland -- where efforts to tackle the problem have been far more successful -- were flown in to give urgently-needed advice on how to help the city rid itself of the steaming piles.

Vienna has managed to keep its streets clean by introducing so-called Waste Watchers, civilian staff who are specially trained and who reprimand any dog owners who don't remove the mess left by their animals. Handing out free waste bags has proven effective in Lucerne.

The experts were invited by the Office for the Environment and Nature in the central Berlin district of Mitte, the location of a pilot project combining educating owners, stronger sanctions for offenders and handing out free dog waste bags. Even given the limited scale of the project, 10 million bags are handed out through 400 dispensers every year.

But Christof Wüllner, from the non-profit organization Stadt & Hund, which has helped organize the pilot scheme, said that to fully tackle the problem, 5,000 dispensers giving out 120 million bags a year are needed, according to the Berliner Zeitung.

The first dispenser was installed in Mitte eight years ago in Monbijou Park following frequent complaints from residents over the pollution of parks, squares and sidewalks. Ines Blumenthal from the Mitte Office for the Environment and Nature said that the project had been very successful. Where bags are available for free, up to 80 per cent of dog owners would use them. Currently, just 15 percent of dog owners across the city clean up after their animals. When the project began eight years ago, that figure was just 3 to 5 percent.

Berlin's new strategy also includes raising awareness among dog owners of the health hazards posed by dog feces. The only problem could be a lack of funds -- Wüllner estimated that some €5 million a year would be needed to supply bags, refill dispensers and run educational campaigns. While there is already a dog tax which brings in €10.5 million a year in Berlin, there have also been calls to increase fines for not picking up mess -- as required by law -- from the current €20 to €35.

Carsten Spallek, a member of the Mitte district council, told the Berliner Kurier: "At least €50 would be enough to cause dog mess offenders to sit up and take notice." 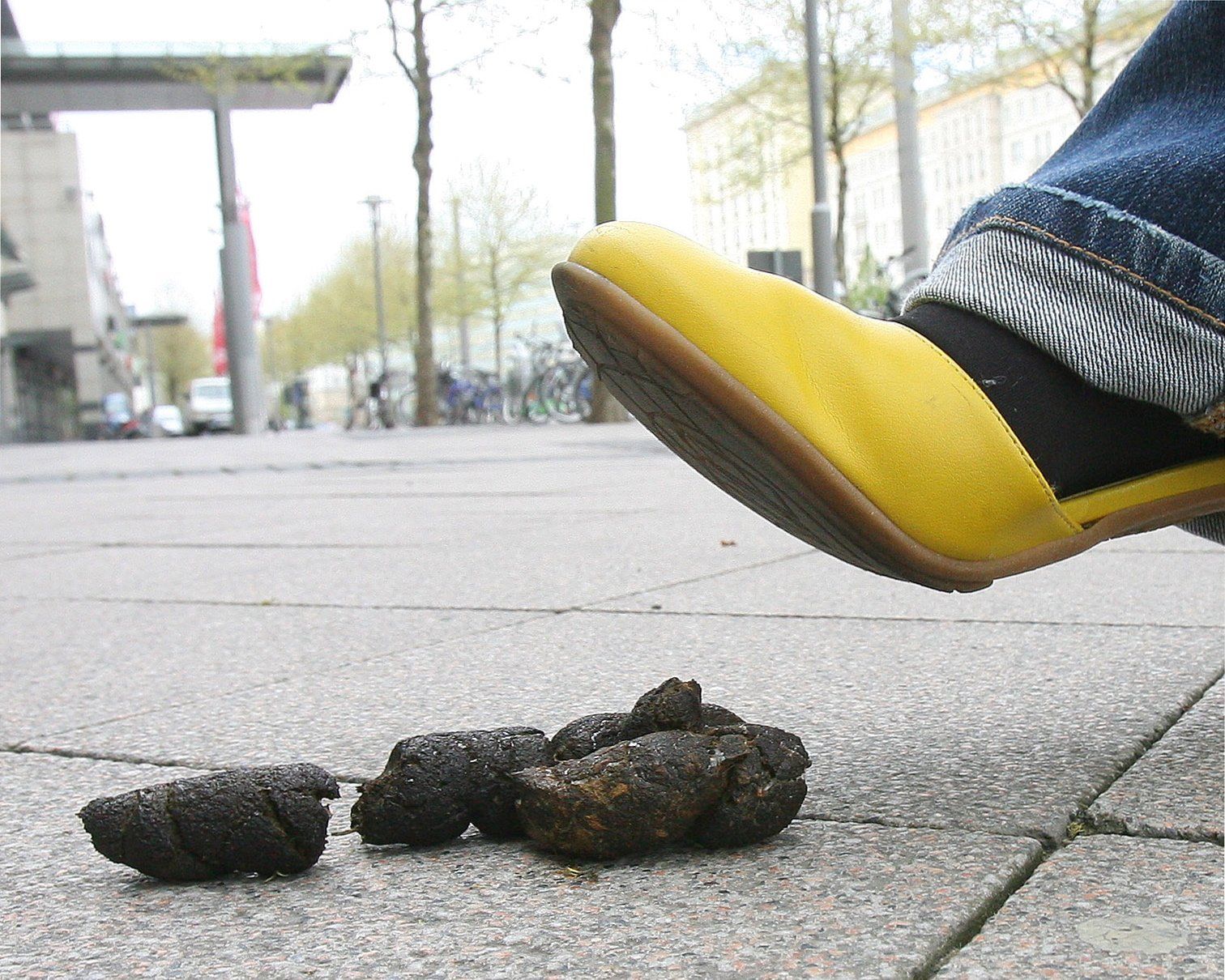 A scene all too familiar to Berliners -- but could it soon be a thing of the past?