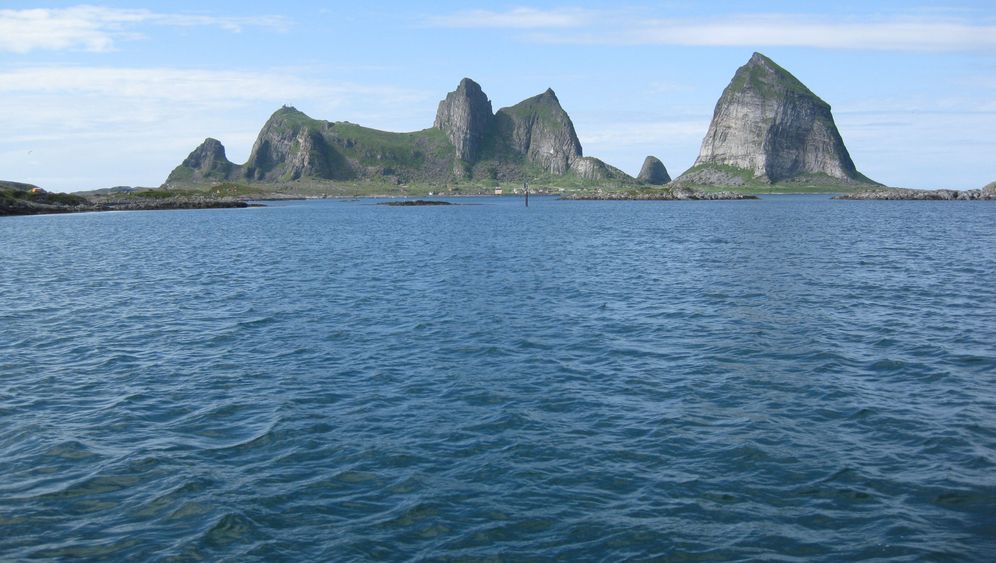 Music lovers hoping to catch this year's show at the Kirkeheleren will need a boat, hiking boots and lots of energy. Kirkeheleren, which translates to "cathedral cave," is one of the venues of the Traena Music Festival. It's no posh Oslo club, but a remote cavern on Sanaa, a northern Norwegian island set against the breathtaking backdrop of the Arctic Sea. To get here, festival-goers must make an arduous journey that includes airplanes, boats and lots of walking.

Since 2003, the Traena Music Festival has managed to lure music lovers from around the world to the far reaches of arctic Norway. Guests come from as far away as Germany, France, the United States and even Japan. Most of the time, these remote islands in the Arctic Circle hear only the calls of seagulls and waves crashing on the rocky shore. But for three days a year, some 2,000 fans add their voices to the screeching of the gulls as they enjoy musical performances surrounded by cliffs and caves in an eerie far-north atmosphere.

"The trip from Oslo to Traena takes as long as the trip from Oslo to Bangkok," the festival's founder Erlend Mogard-Larsen told SPIEGEL of the 1,000-kilometer journey. From Oslo, a two-hour flight takes visitors to the port city of Bodo where, once a day, a ferry leaves for the festival's home island of Husoy. After five hours on the Arctic Sea, the desination comes into sight: a jagged moss-covered hunk of rocks silhouetted sharply against the ocean and blue sky.

Nature is the Headliner

For those hoping to catch one of the festival's Kirkeheleren concerts, the journey is even longer. From Husoy, another boat takes them to neighboring Sanaa. Then, it's a long trek down a dark mountain tunnel, only occasionally lit by torches, a nail-biting climb down precipitous rock faces and, finally, a trudge through tall murky grass to the cave. When festival goers finally do arrive, they are sweaty and filthy -- but ready to rock.

Far from an inconvenience, Mogard-Larsen sees the trek to Traena as an advantage. "Someone who has two or three days to make the journey to the festival has time to relax and take in the environment and nature," he says.

The environment undoubtedly plays a big part in motivating many to travel so far. Here, the sun shines at midnight just as fiercely as it does at noon, the craggy rocks range majestically into the icy-blue sky, and the lonely beaches are washed by turquoise blue water. With a backdrop like this, it doesn't matter if you haven't even heard of some of the bands performing.

A giant man with blonde braids and a penchant for scratchy, woolen sweaters, Mogard-Larsen first got the idea to bring music to the fairytale landscape at age 12, while visiting his grandmother on the island. Climbing around the craggy rocks in search of seagull's eggs at three in the morning, he paused in front of a cave. "I was staring at the grotto and was just overcome with this vision of how amazing it would be to hear great music in that environment," the 41-year old remembers.

Since 2003, Mogard-Larsen's childhood fantasy has been a reality. Norwegian acts as well as international stars, from Damien Rice to Kings of Convenience, have made the journey to Traena. The "main stage" is hardly bigger than the average backstage area of a major venue and only 2,000 tickets are available. Guests are unlikely to see promoters shilling concert t-shirts or the raucousness that characterize festivals like Roskilde, Bonnaroo and Glastonbury.

But not everyone can handle the glamour-free minimalism of a festival like Traena. Mogard-Larsen is insistent that no musical guests get any diva perks. He had to cancel on one well-known singer -- he wouldn't reveal her name -- after she made too many demands: "The idea is that everyone here has a great time together. If I were to give someone the 'Mick-Jagger Treatment' that idea would die," he says. There's only room for one diva at the Traena Music Festival and that's the environment -- the one act guaranteed to steal the show every year.

'Happy to Have This Kind of Hoopla'

Those who attend the festival find it easy to immerse themselves in their natural surroundings. The small town on the main island of Husoy offers little metropolitan diversion. There is a small convenience store, one restaurant and a single ATM machine. With no hotels on the island concert-goers must come prepared for camping or bunk with local residents.

Most of Husoy's residents work in the fishing industry. The locals play a big part in the event, helping to build stages ahead of the show, and picking up beer bottles and garbage when it's all over. But how do they feel about having their idyllic peaceful existence interrupted with three days of screeching music fans? There don't seem to be any problems, according to Mogard-Larsen. "Everyone who lives here is happy to have three days of this kind of hoopla every year," he says.