Heavenly justice can only be administered by God, but on Earth, it is a job for the courts. Which is why Pope Benedict XVI has now had a cease and desist order filed against the German satire magazine Titanic. Matthias Kopp, spokesperson for the German Bishops' Conference, confirmed to SPIEGEL ONLINE that archbishop Angelo Becciu has contracted a law firm in the Western German city of Bonn in the name of the Pope.

The front and back covers of the current issue of the magazine are illegal and harm the holy father's legal rights, says Kopp. "Titanic oversteps every measure of decency," he says.

On Tuesday, a state court in Hamburg issued a temporary injunction against the magazine, a court spokesperson said. Under threat of a fine, Titanic is no longer allowed to distribute the issue and the picture is not allowed to be published on the Internet. Issues already in circulation, however, don't have to be recalled, the court ruled.

In the current cover, Pope Benedict appears in a religious cassock that is soiled yellow below the waist. Above the picture appears the headline "Hallelujah in the Vatican: The leak has been found!" On the back cover of the issue, the pope appears from behind and the stains are brown rather than yellow.

The picture and headline are in reference to the recent scandal that has rocked the Vatican: a flood of private letters to the pope and his close associates have been leaked to the Italian media in recent months, eventually making their way into a book, which has become an instant bestseller.

Titanic editor-in-chief Leo Fischer refutes the claims that the pictures damage the Pope's personal rights. "Benedict must have misunderstood," says Fischer. The title, he says, merely shows a pope that had spilled his drink when celebrating with a glass of soda after the Vatileaks scandal was solved, he says. "Everyone knows that the Pope is a big fan of Fanta," says Fischer.

Fischer expressed disappointment following the Hamburg court ruling. "This is a huge mistake," says Fischer. He noted that satire is given significant leeway in Germany -- and said he is prepared for a long court battle. 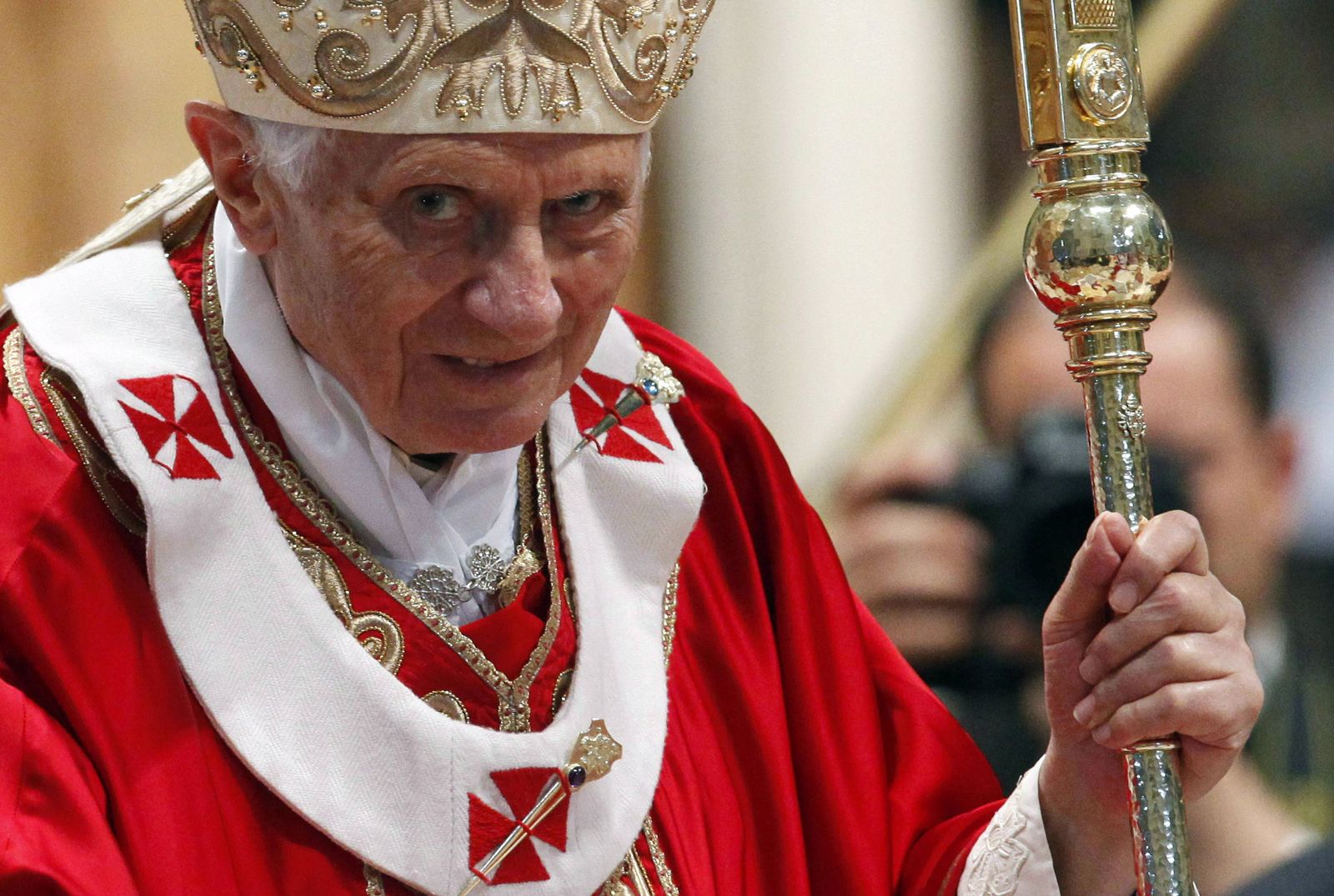 Pope Benedict XVI is furious over the cover of a German satire magazine that shows him soiled. 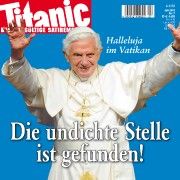