A German company says it has designed the world's first pocket urinal for women and claims it will put an end to nightmare encounters with filthy public toilets, time-consuming queuing and having to relieve oneself into yoghurt cups during car journeys.

The disposable Ladybag is a plastic bag fitted with absorbent polymers that turn urine into a gel. It's the size of a chocolate bar when folded. It has a wide opening and can be used squatting, sitting or standing. Its gel can absorb half a liter -- enough to process the average amount of urine per sitting -- but the bag itself can hold a whole liter in an emergency.

"It can be used in cars, or to avoid dirty toilets or at open-air festivals when you don't want to queue. You can just nip round the back of the toilet and use this," Eva Tinter, who invented the Ladybag, told SPIEGEL ONLINE. "There's never been a product like this in this form."

The Ladybag is recommended for one-time use and comes in a bag of three for €11.27 including packaging. Tinter's company KETS GmbH has sold 20,000 via pharmacies and the Internet since it launched them last October. "We've had orders from all over the world," she said.

The gel prevents unpleasant smells and the bag can be disposed of in rubbish bins. It is not harmful to the environment, the company says. It notes that the Ladybag should not be used while driving.

The product follows the launch of the Roadbag for men in 2007, sales of which now total some 200,000 a year. Asked whether she had a sales target, Tinter said: "Every glove compartment should have one and there are 40 million cars in Germany." 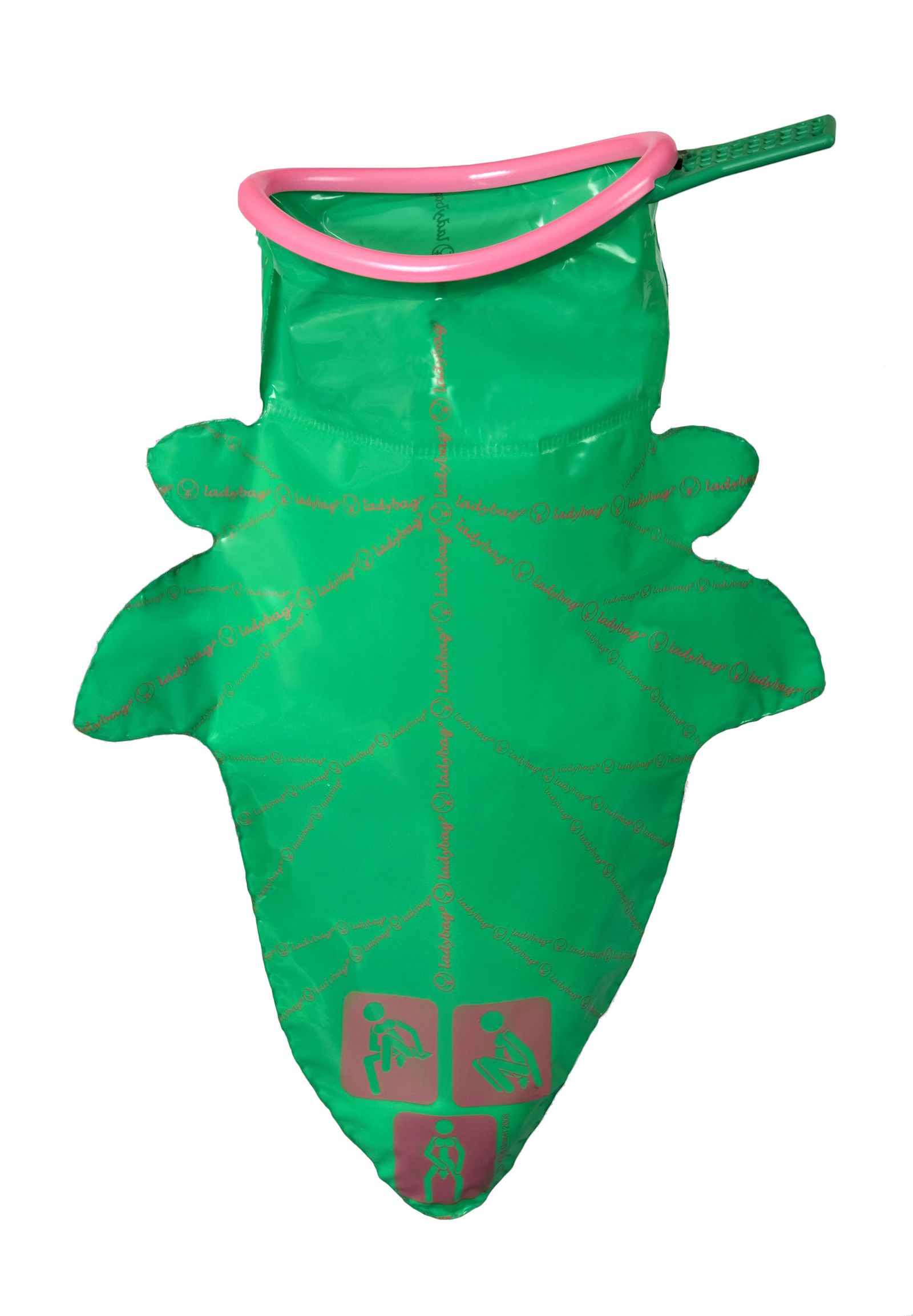 The Ladybag mobile disposable toilet turns urine into an odorless gel and takes one liter.