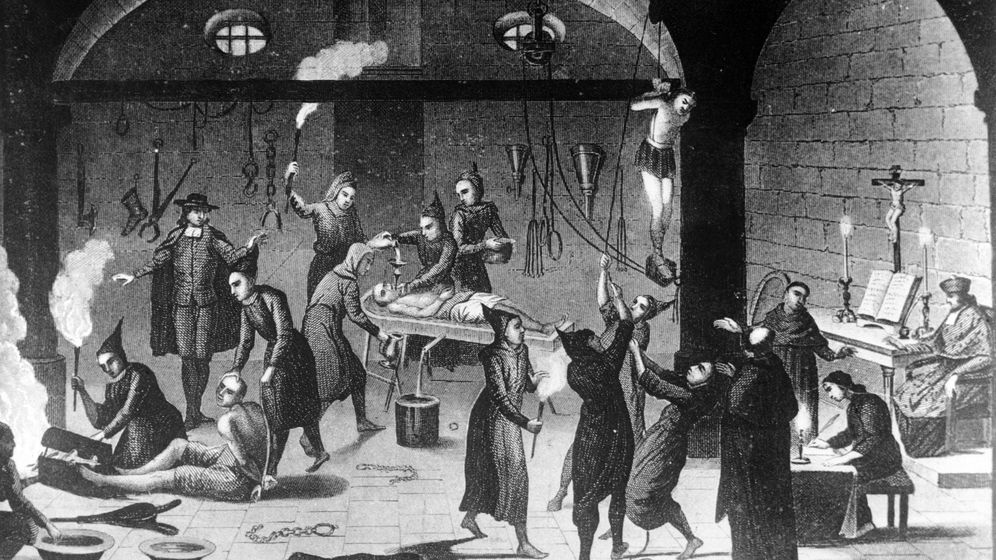 Peter Nirsch would have been seen as a monster at any time in history. While traveling south through Germany, he had a penchant for cutting open pregnant women and removing their unborn babies. Nirsch butchered more than 500 people before he was captured near Nuremberg in September 1581.

The courts were not squeamish in their treatment of the serial killer. First he was tortured, and then hot oil was poured into his wounds. Then the culprit was tied to the rack, where his arms and legs were broken. In the end, he was quartered.

Anyone who, like Nirsch, was convicted of serious crimes in medieval Germany was subjected to similarly resolute forms of punishment.

The enforcers of the law tormented suspects with red-hot iron bars or boiled them alive in water. "The carrying out of inhuman sentences was part of everyday life," concludes Wolfgang Schild, a legal scholar from the western German city of Bielefeld.

The Salvation of the Convicted Criminal

Nevertheless, in his newly published book Schild recommends a reappraisal of the administration of justice in the supposedly Dark Ages. "All brutality aside, the criminal law of the day was also concerned with the salvation of the convicted criminal."

New access to existing sources, such as law books and pamphlets, has enabled Schild to soften the prevailing view of the past. Many descriptions from centuries past were "distorted and exaggerated to make the past seem particularly dark and the present more radiant," says Schild.

The Renaissance poet Petrarch, for example, carried this sort of fiction to extremes. He dreamed up the "brazen bull," a hollow object made of metal that was placed over a fire while the condemned criminals inside were cooked alive.

But the executioners of the Middle Ages were not driven by such sadistic impulses. Instead, for the general good, they sought to pacify the "offended God." "The Christian authorities also subjected wrongdoers to gruesome punishments so that they could attain eternal life," says Schild. The prevailing view at the time was only when the refractory body had been softened up would the soul be liberated and ready for God.

The firm belief in the purifying power of physical pain was widespread. A number of condemned criminals even martyred themselves voluntarily to prove their integrity or secure their place in the afterlife. However, they were not to be blindly beaten and crushed. Under the so-called Peinliche Halsgerichtsordnung (Criminal Law) of Charles V of 1532, the use of torture was to be subject to the "discretion of a good and reasonable judge."

The executioner, who today is seen as the epitome of the sadistic vicarious agent, was in fact expected to exercise moderation and sound judgment. A guilty verdict required "strict rules of evidence," says Schild. According to the Klagspiegel, Germany's oldest code of law, written in 1436 by the town of clerk of Schwäbisch Hall, Conrad Heyden, any doubts as to the guilt of the accused had to be "overcome with evidence as clear as day."

Fixated on the Afterlife

For the medieval enforcers of the law, a verdict based on circumstantial evidential would not have been sufficient. However, the incontrovertible truth was extracted from the accused with every means possible, which included tying him to the so-called dry rack and painfully stretching his body.

The superstitious investigators of the day also used psychological tricks to extract information. One was the use of the so-called Bahrprobe, in which a suspected murderer was forced to kiss the wounds of the murder victim, and "God willing, the murderer would be revealed." The culprits were to be confronted with the consequences of their disgraceful deed -- and would then hopefully break down and confess.

The citizens of the Middle Ages, fixated on the afterlife as they were, were not as deeply agitated over a death sentence as one might expect. "In general, there are many indications that the people living at the time did not perceive the brutality of execution in the same way we would perceive it today, because they were filled with a deep sense of sin and thus were open to torture," says Schild.

The people attending the executions, which were always public events, reacted angrily to an executioner not performing his job properly and allowing the condemned criminal to suffer unduly. In 1575, the inebriated executioner of Chur in the Swiss canton of Graubünden was stoned to death by an audience disgusted with his lurching attempts to behead three criminals.

Schild's book includes a number of medieval depictions of elaborately staged executions. Nevertheless, says the author, the work can certainly be enjoyed "with a glass of wine in the evening." 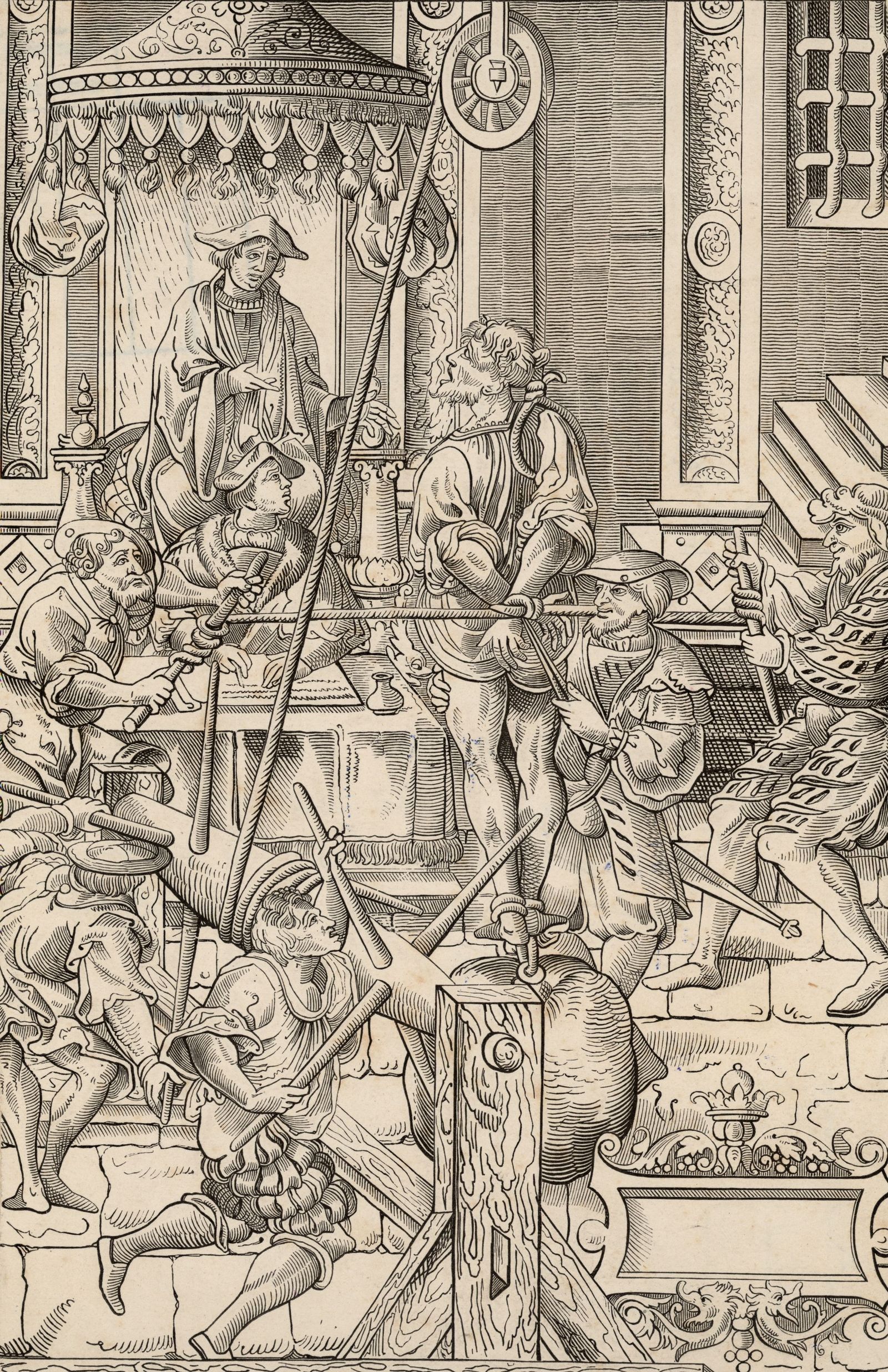 A trial in the Middle Ages. A man is tortured in front of the members of the court. Confessions were extracted in such a manner.