A married couple in the western German city of Duisburg got a shock when they looked out of their window on Easter Sunday morning: A large figure was staring in at them with a strange, toothy smile.

They tried to shoo him away but he just stood there, ogling and grinning, with his hands tucked disturbingly deep into his pockets, so they rang the police emergency line. The call was logged at 8.40 a.m.

"The couple said they felt harassed by a 'stalker' standing directly in front of their window," police said in a statement Monday. "When the victims rolled up the shutters of their ground floor apartment, they stared him straight in the eyes. The suspect couldn't be persuaded to leave the scene."

He was still there when they arrived. Seconds later, an officer sent the reassuring message back to HQ: "We've got the bastard."

It turned out that an -- as yet unidentified -- prankster had positioned an outsize Easter bunny figure outside the flat. The rabbit was taken back to the police station. "The investigation is continuing because his particulars couldn't be taken down," police said, appealing for witnesses. Before he was taken down to the cells, officers had fun posing for photos with him. 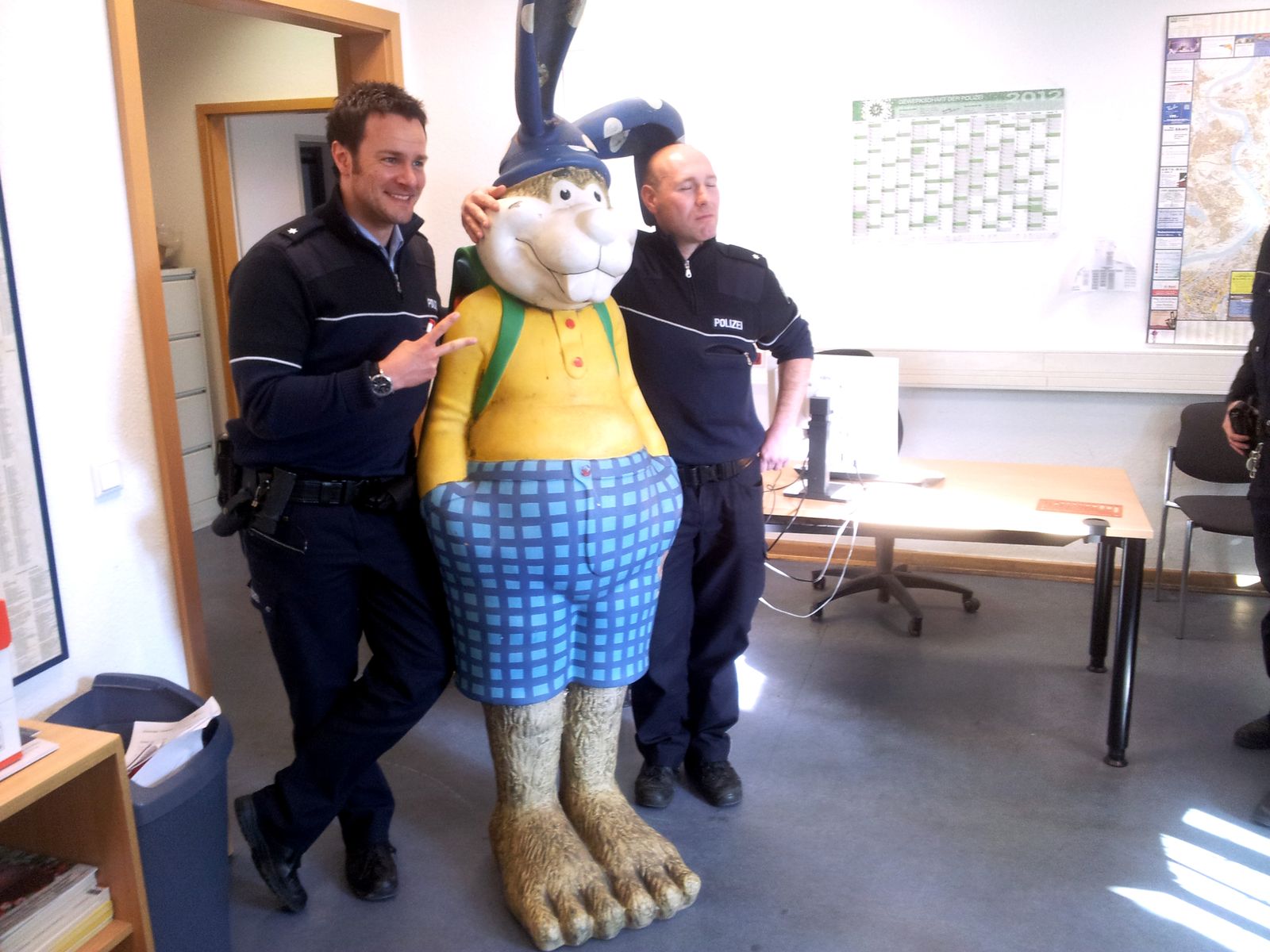