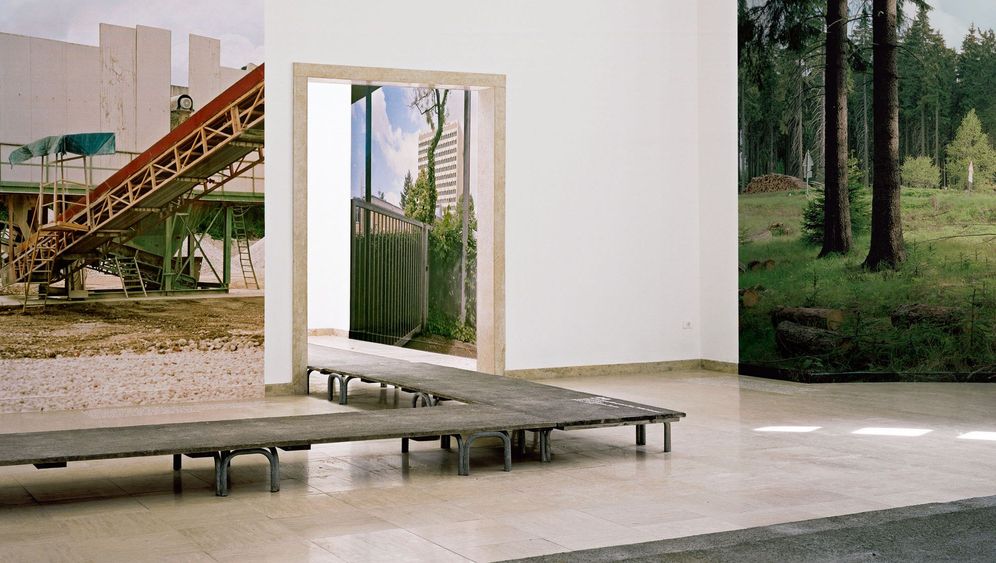 Few ideas have caught on as quickly in the world of architecture as the one that every new house should also wear a winter coat. Adding more insulation, everyone seems to argue, saves money. Rock wool is slapped onto the facades of buildings as if Germany were located somewhere in Siberia. We drill for geothermal heat as if it were oil. And energy efficiency is optimized to the point that homes are turning into power plants.

But the idea of the "ecological" house is an all-pervading fiction that at times seems to be laid on as thick as the insulation layers that encase them.

That, at least, is what architect Muck Petzet, the commissioner of the German entry at this year's Venice Architecture Biennale, believes. He also offers a rebellious theory: When calculating a building's energy use, if you consider not just the energy that is required to run it but the energy consumed over the building's entire life cycle, then passive houses suddenly don't look so attractive. The reason is this: In a true calculation of energy consumption, it is the production of materials, transport of construction materials and assembly that are the decisive factors, Petzet argues.

This is particularly applicable in cases where an existing building is torn down to clear space for a new construction. "The less change that is needed for the final product, the lower the amount of energy used will be, and the better the process is," says Petzet. In addition to the energy used to demolish an edifice, the building waste is also an immense problem. Construction-related waste represents 23 percent of the total trash in Germany and 57 percent of all trash that cannot be recycled in some way. The only place fit for construction waste is the dump.

Petzet argues that the only solution to this problem is greater restraint in terms of materials use and more recycling. The name of the German contribution at the Biennale is formulated like an appeal: "Reduce/Reuse/Recycle". Significantly, reduce and reuse come before recycling in the famous green slogan, which is commonly known as the Three R's.

In fact, Petzet is far from alone in his assessment. The first example of successful building projects adopting that motto can already be seen -- and not just inside the German pavilion. Architects Christoph Roselius and his partner Julian Hillenkamp, for example, have designed a passive housing development for Hamburg's Sülldorf district.

The development consists largely of recycled materials. The facades are constructed using bricks from disused old barns in Germany's Mecklenburg region. Behind that, the sheet rock is made using pulverized construction waste. The floor slab is made with recycled concrete. The basement is insulated using foam glass, which can be derived from glass used in cars and windows. For insulation, they use a natural product called Thermo-Hemp and cellulose made of recycled paper. "The only area where we are reaching the limits of what we can do is in the roofing," says Roselius. "There is no appropriate recycled material for that."

Still, for some, this approach isn't nearly radical enough. They argue that the only way to avoid using energy or resources is to not build at all. Indeed, Petzet finds it exemplary that, when his French colleagues Lacaton & Vassal received a commission to transform a town square in Bordeaux in the 1990s, they famously said it was just fine the way it was. Instead of redesigning the triangular square, they said the money should be used to maintain what had already been built.

Petzet also knows that strategies like that are also an attack on the self-image of architects, who, he says, like to perceive themselves as "autonomous, creative luminaries." In contrast, to work on an already existing building requires some humility because it requires architect to think his or her way into something that already exists and to maybe even consider the viewpoint of the person who orginally designed the building. And if, on top of that, terms from the waste management industry are also imposed on the architect's work, as the title of Petzet's Biennale entry implies, then the assault on the designer's vanity is complete.

Petzet's arguments are still logical, nonetheless. In Germany, new buildings comprise just 1 percent of all the construction work completed in the country each year. And climate targets can clearly be better achieved by focusing on the 99 percent -- in other words, the existing buildings. "Unfortunately," Petzet says, "there is currently no appropriate terminology for describing the complex forms that arise from architectural transformations."

What he's trying to say is this: A new architectural style, one appropriate for the shift to an energy-efficient future, still needs to be named.