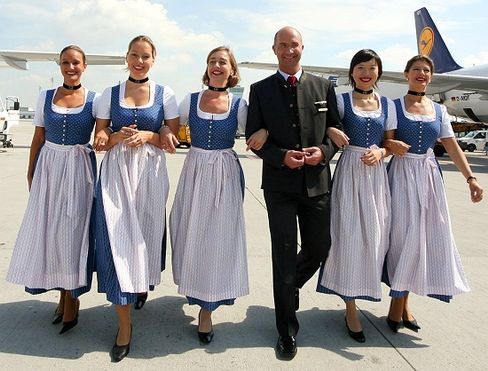 Too much professional smiling carries health risks, a German psychologist has warned.

Constant smiling can be bad for your health if you're forced to do it as part of your job, for example as a flight attendant or shop assistant, a German psychologist has warned.

The stress caused by having to flash one's teeth at customers can lead to depression, high blood pressure and cardiovascular problems, Professor Dieter Zapf of the Johann Wolfgang Goethe University of Frankfurt told Apotheken Umschau, a healthcare magazine handed out free at pharmacies in Germany. Zapf's findings are based on research conducted by the university.

Zapf recommends that "professional smilers" take regular breaks to relax, rid themselves of aggression and recuperate from the effort of smiling.

The advice may appear redundant given that smiling doesn't come naturally to many staff in the German service sector. The city of Berlin tried to address the problem ahead of the 2006 football World Cup in Germany when it launched a campaign to get Germans to smile.