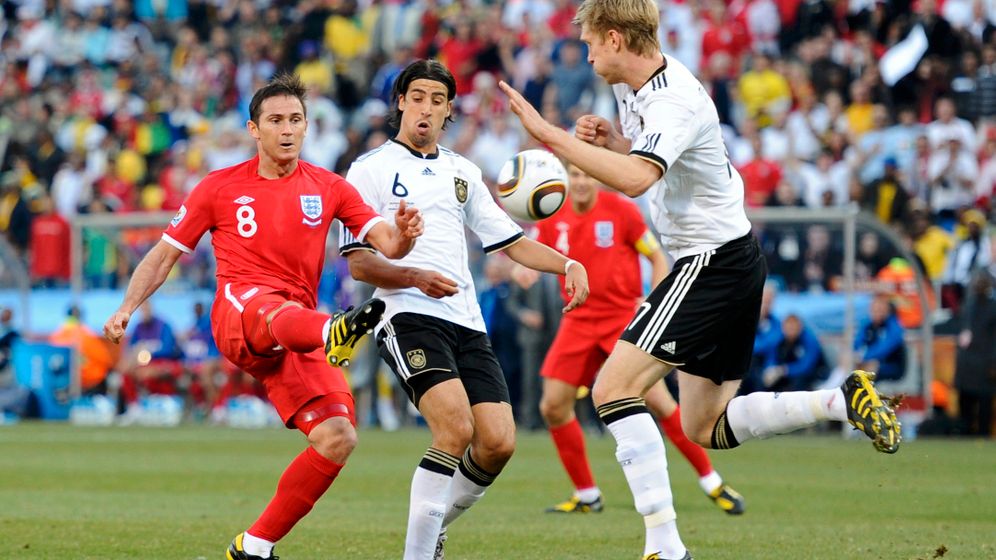 Manuel Neuer and Hans Tilkowski have a few things in common. Both are from the industrial Ruhr region of western Germany. Both are goalkeepers, and both play a major role in the rich history of footballing encounters between Germany and England.

Tilkowski was in the German goal during the World Cup final of 1966 when England scored a goal that Germans are still convinced should not have been allowed. The ball bounced off the crossbar and down towards the German goal line. England went up 3-2 and won the match 4-2 to win the World Cup for the first and so far only time. In Germany, the controversial strike became known as the Wembley goal, after the London stadium where the fateful match took place.

Whether the ball was on the line, partially over the line or definitely in the goal has been a matter of controversy ever since. Whenever both teams come face to face in a tournament, TV channels in both countries give extensive air time to the age-old debate.

On Sunday, Neuer did NOT concede a goal from a shot by England midfielder Frank Lampard even though it had clearly crossed the line. In fact, the TV footage of the incident makes the referee's error so obvious that Germany and England will definitely not be spending the next 44 years quarrelling over it. 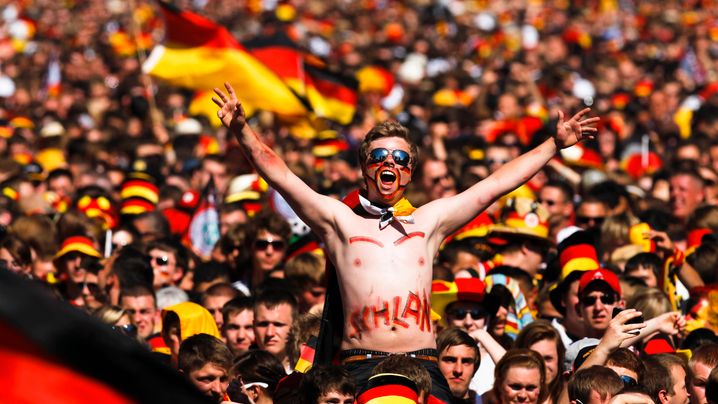 In the 38th minute Lampard shot from a distance of 17 meters. The ball flew over Neuer and bounced off the lower edge of the crossbar. From there it hit the grass behind the line. Unfortunately for Lampard and his team, neither Uruguayan referee Jorge Larrionda nor his linesman Mauricio Espinosa saw it. Espinosa was 20 meters away from the goal line, and -- as we all know -- there is no video evidence in football. Therefore the goal was not a goal and the game went on.

England was stunned. The audience at the Free State Stadium in Bloemfontein had just witnessed something that could be called an inverted Wembley goal, an "anti-Wembley goal."

"This is the irony of history," German football legend Franz Beckenbauer, who was on the field as a player 44 years ago, said after the match.

"After I turned around, I just focused on the ball," said goalkeeper Neuer after the match. He admitted: "I tried to continue playing quickly so that the referees wouldn't notice the ball was in."

Lampard, the scorer, held his head in his hands, star striker Wayne Rooney yelled at the referee during half time -- and David Beckham seemed to wanted to get physical with Larrionda after he blew the whistle. "Shame on you, ref," he yelled.

"The game was ... different after this goal," said England coach Fabio Capello. "It was the mistake of the linesman and I think the referee because from the bench I saw the ball go over the (line). That one goal would have made the game completely different."

This is how myths are created. A shameful referee performance that prevents the team from equalizing makes the subsequent defeat easier to bear.

Not all England players shared that view. England captain Steven Gerrard, 30, said: "I you look at the game as a whole we were beaten by the better team. At 2-1, if Frank's goal would have stayed it would have been a nice turning point in the game but I don't think we can use that as an excuse as a whole. The have scored four goals, we've only got one."

'One of the Worst Missed Calls in the History of Football'

Either way -- for the English media, Larrionda's mistake was the story of the day. Tabloid The Sun labelled him a "Useless Referee." The Daily Mail said the referee had committed one of the worst blunders in the history of football. The press reaction has been devastating, for the team as well as the team of referees.

How can it be that almost everyone in the stadium saw that the ball was in -- and the referee wouldn't have been allowed to give the goal even if he had seen a repeat of the scene on one of the video screens in the stadium?

With all the excitement in Germany over the anti-Wembley goal, people almost missed the fact that a similarly remarkable scene occurred in the second knock-out match. Argentinian player Carlos Tevez headed the 1:0 into the Mexican goal from a clear offside position. The team of referees did not notice it and the goal was allowed. Mexico protested, the scene was shown on the video screen and from a distance it briefly seemed that the linesman had noticed his mistake.

But even if he had wanted to correct himself, he would not have been allowed to do so.

Two dramatic mistakes in one day are a lot to deal with for FIFA. A few weeks ago the organization had already admitted to a series of wrong decisions by referees, so it comes as no surprise that there are fresh calls for video evidence to be allowed in matches.

Both Lampard and Capello demanded that video evidence be introduced. Capello said he was surprised that referees don't have this option in this age of technology.

Günter Netzer, one of Germany's leading football experts, is against allowing it. "No, we don't need it, football is drama!" he said on Germany's ARD channel. This sport isn't meant to be perfect, otherwise it would be boring, he added. German Football Federation President Theo Zwanziger also told ARD he wanted to keep everything the way it was, and that he opposed video evidence.

The discussion about video evidence is so old that no one really believes it will ever be implemented -- FIFA has a very strict policy on video evidence. In a press statement on Sunday evening they declined to comment, but it became clear: the world federation doesn't want experiments with video evidence. And it is not even interested in the debate.

Other alternatives exist, too. Additional goal referees could support the team of referees -- this is the solution the Union of European Football Federations (UEFA) advocates. Next season, two goal referees will be added in Champions League matches and in the Europa League, as well as in the qualifying matches for the European Championships.

But even if this idea were to change things -- it will take a long time before it gets accepted in Sepp Blatter's FIFA. 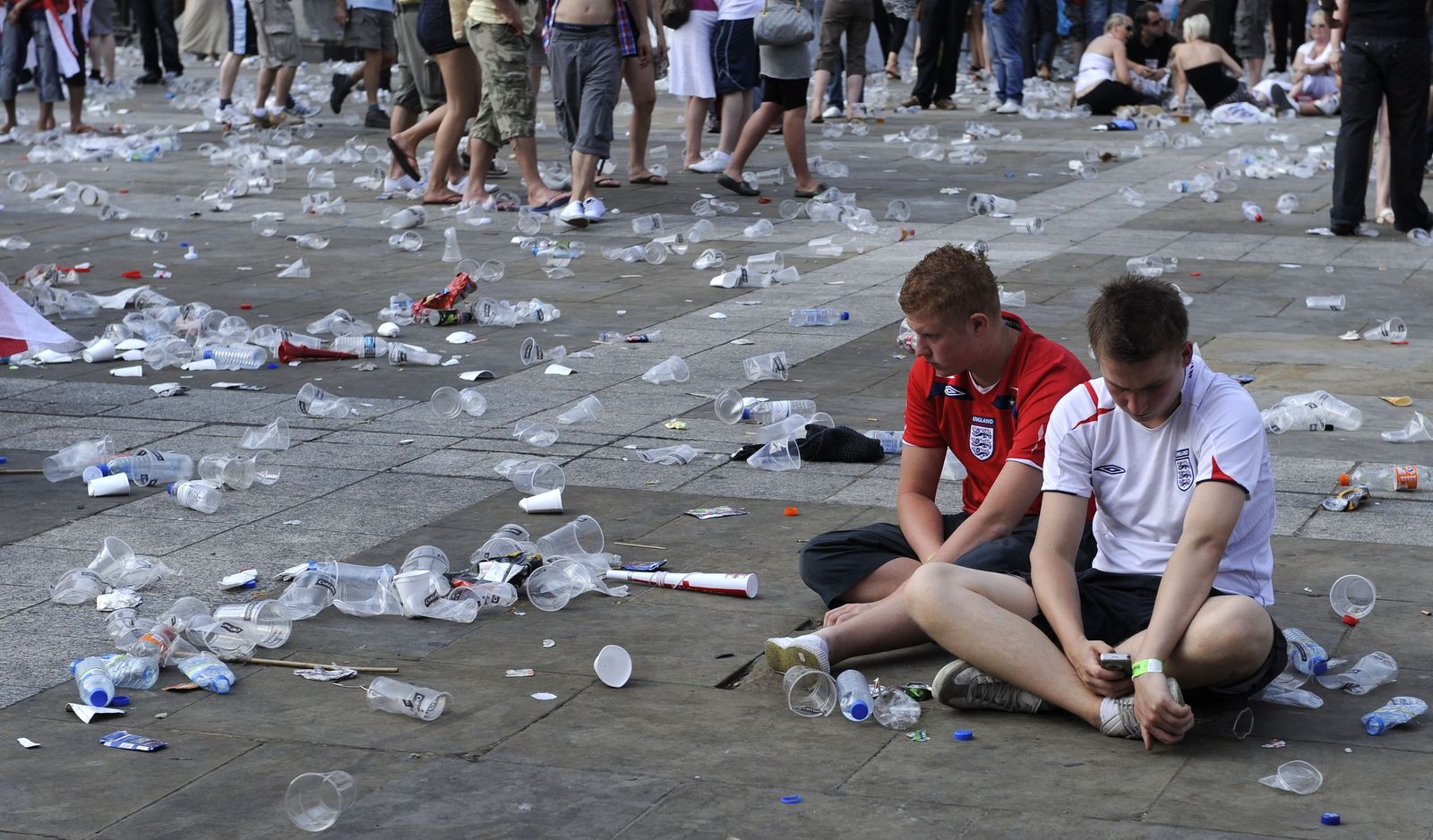 Sunday's massive win left English fans, like these in Leeds, paralyzed with disappointment.