The after effects of the communist regime in East Germany are still being felt in the former nation's houses of worship more than 20 years after the fall of the Berlin Wall. A new study released by an American research organization found that just 13 percent of people in the former German Democratic Republic (GDR) say they have always believed in God.

That rate is the lowest among the 30 nations surveyed for the study, titled "Belief in God across Time and Countries." The report was released Wednesday by the National Opinion Research Center (NORC) at the University of Chicago.

The six states that make up former East Germany also had the highest percentage of atheists (52 percent of respondents), compared with the Philippines, the most religious country in the report, which had less than 1 percent. In Western Germany, 10.3 percent of those who responded were atheists. In the United States, which stood out among developed nations for its high number of believers, 3 percent of those surveyed said they do not believe in God.

"Countries with high atheism (and low strong belief) tend to be ex-socialist states and countries in northwest Europe," writes study author Tom W. Smith. "Countries with low atheism and high strong belief tend to be Catholic societies, especially in the developing world, plus the United States, Israel, and Orthodox Cyprus."

Among former Eastern bloc nations, there was a wide spectrum of belief, with "East Germany of course anchoring the secular pole," the report says. InPoland, the influence of the Catholic Church "trumps the secularizing influence of socialism," Smith adds.

The report also found that religious competition or conflict "may stimulate higher belief," such as in Israel, with its tension between Judaism and Islam, and in Cyprus, which is ethnically divided between Greek Orthodox and Turkish Muslim groups. Though the US lacks such striking religious conflict, strong belief appears to be driven in part by "intense religious competition" between different faiths and Christian denominations.

The report brings together data from surveys conducted at least twice in 30 countries in 1991, 1998 and 2008 by the International Social Survey Program (ISSP), a group of leading international opinion survey organizations. German reunification took place in 1990, but the data has still been broken down according to the East-West separation. The ISSP asked three questions about God that rate level of belief, changes in belief over time, and whether respondents believed in a personal God.

The latter question revealed that just 8 percent of people surveyed in former East Germany believed that there was a God who "concerns himself with every human being personally," compared to 92 percent in the devout Philippines.

The overall belief rate was found to have decreased on average internationally between 1991 and 2008, though the report shows mixed patterns and fluctuations in a number of areas. In Russia, Slovenia and Israel, for example, belief is on the rise.

Aging tended to change belief over time, the report also found. In 2008, 29 out of 30 countries showed that belief in God had increased with age, even in the former GDR, if only slightly. The average international increase between people under the age of 27, and those older than 68, was 20 percentage points. In Eastern Germany, the increase between these two age groups was nearly 13 points, compared with nearly 19 points in the country's western states.

"This suggests that belief in God is especially likely to increase among the oldest groups, perhaps in response to the increasing anticipation of mortality occurring," the report says.

Though belief in God is generally dwindling, the report concludes, the widespread variations around the world indicate it is unlikely that a "homogenization" of belief or disbelief will occur any time soon. 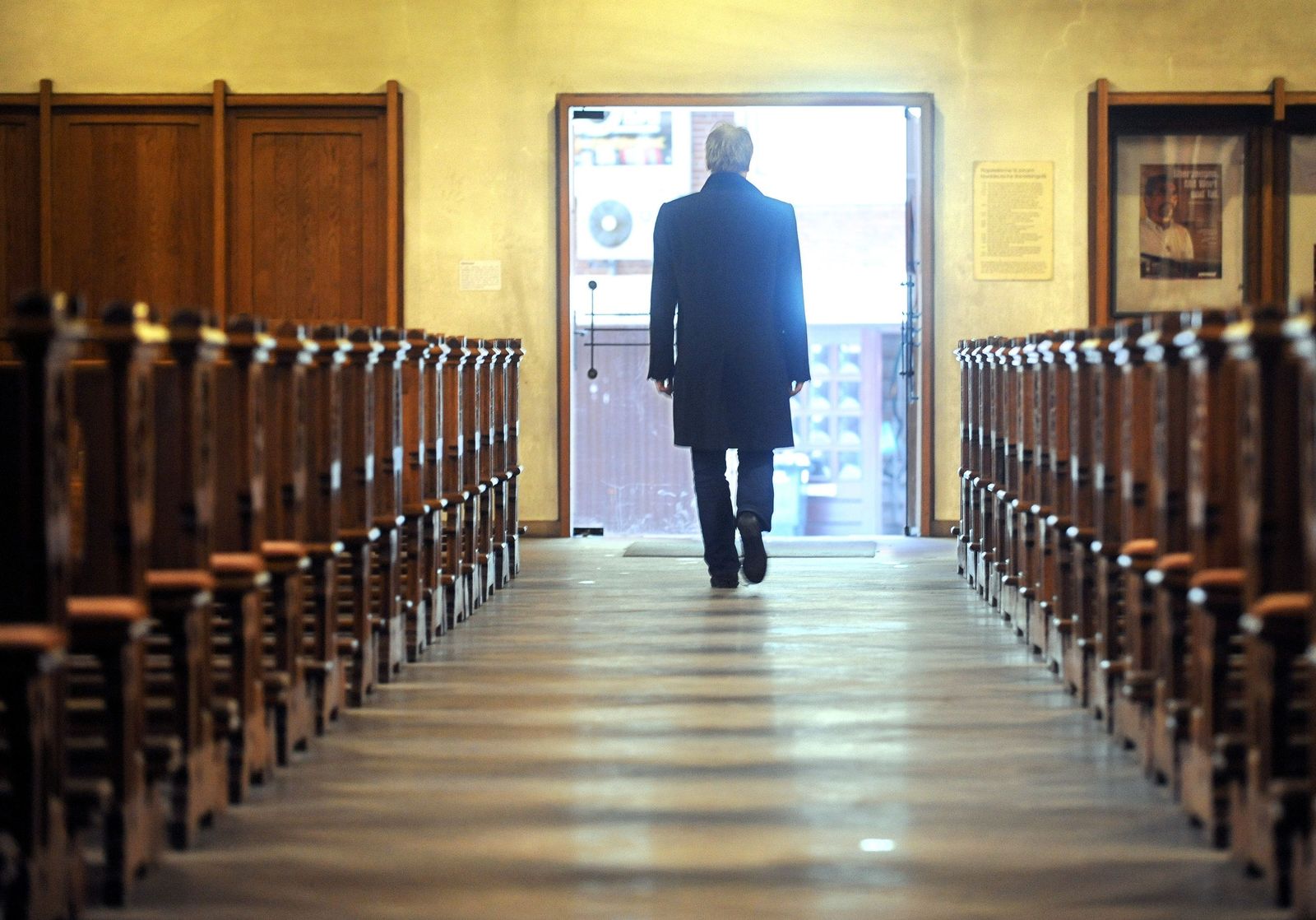 Many living in the formerly communist Eastern German states say they are non-believers.