The residents of Luchsweg are preparing for an invasion -- of ghosts, wizards and mummified corpses.

The upmarket street in Dahlem, a western Berlin suburb known for its wealthy American residents, has become a mecca for thousands of expats and locals celebrating Halloween.

Though German children say "Süßes oder Saures" ("sweet or sour") instead of the American "trick or treat," the custom otherwise follows tradition. Ana Ross, who has lived on Luchsweg for the past decade, said more than a thousand children came trick-or-treating in the street last year, and that this year she expects even more. "It is really an invasion. I used to live in America, and there are far more people trick-or-treating here than even in the US," she told SPIEGEL ONLINE. "There are so many of them -- now there are more German than American children."

Ross, who had just returned from the supermarket with her trunk laden with more than €100 (about $140) worth of candy, said she expected her stock of sweets would be gone before 8 p.m. "They target this street and the neighboring area because they know Americans live here and have loads of American candy. But it's amazing how quickly the word has spread -- seven years ago we didn't have any visitors. Now we have thousands."

'A Lot of Germans Are Angry'

Ross said the number of children turning up has shocked and angered some residents, especially those who don't play along with the demand for treats. "A lot of Germans are very angry about it. They don't understand the 'trick' part, and are shocked to have eggs thrown at their windows and fireworks put through their letterboxes," Ross said. "We were away from home one year, and when we came back the house was covered in egg -- I still can't get it off that window," she said pointing to the second-floor balcony.

Edwin Hilbert, a German doctor who lives on a nearby street, said he was "totally shocked" when children first turned up at his door asking for sweets. Hilbert bought a "giant bucketful" of sweets to give away, "but they're all German sweets from a German supermarket," he said.

"It is so strange, and so... un-German," he adds. "They demand sweets. They don't even sing a song like for St. Martin's Day," he said, referring to the Nov. 11 holiday when children traditionally walk door-to-door with paper lanterns and recite poems or sing songs.

The popularity of Halloween, which is now celebrated by a fifth of Germans, according to a YouGov poll, has sparked debate over the Americanization of German culture.

Margot Kässmann, former head of Germany's main Protestant church umbrella group, said Halloween went against the tenets of the Lutheran Church. "[Martin] Luther wanted to free people of their fears of spirits, ghosts, and the devil. And today? You have children running around in scary costumes," she said in an interview with Dortmund-based daily newspaper Ruhr Nachrichten.

Kässmann said Halloween was a purely commercial event designed by big business to sell merchandise in the gap between summer barbeques and Christmas.

Dieter Tschorn, a public relations consultant for the German Toy and Novelty Retailers Association and self-proclaimed "father of Halloween in Germany," is only too happy to admit to Halloween's commercial benefits. Halloween is a "godsend" for retailers, he said -- the association expects revenues related to the holiday to reach €200 million this year.

Tschorn said he introduced Germany to Halloween in 1991 when the state cancelled celebrations for Carnival due to the Gulf War. "The industry was forced to find a way of making up the losses. Halloween was chosen," he said.

He said the idea for bringing Halloween to a wider audience was inspired by US troops who rented Frankenstein castle near Frankfurt. The castle, which is believed to have inspired Mary Shelley's eponymous novel, has been hosting one of the most sought-after of Germany's Halloween parties for the past 36 years.

Tschorn rejects the church's accusations of commercialism, claiming that Christmas, Easter and even Mother's Day attract far more marketing money than Halloween. And he added that it was a bit rich for Lutherans to attack the sale of Halloween candy when the church has started selling Lutherbonbons, orange candies in wrappers bearing Luther's portrait. 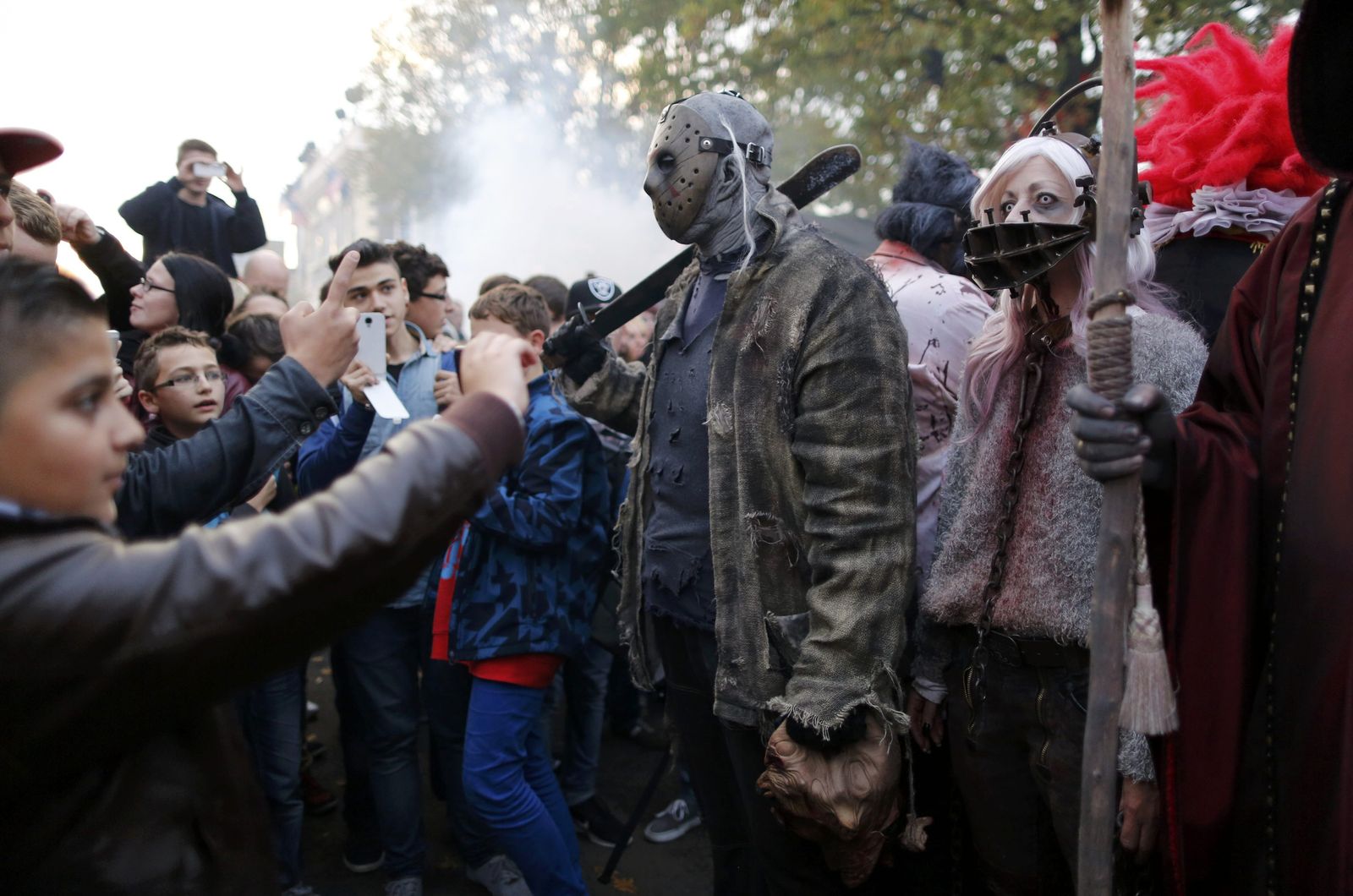 Some Germans complain about the Halloween boom, and the crowds of costumed trick-or-treaters that have come with it.