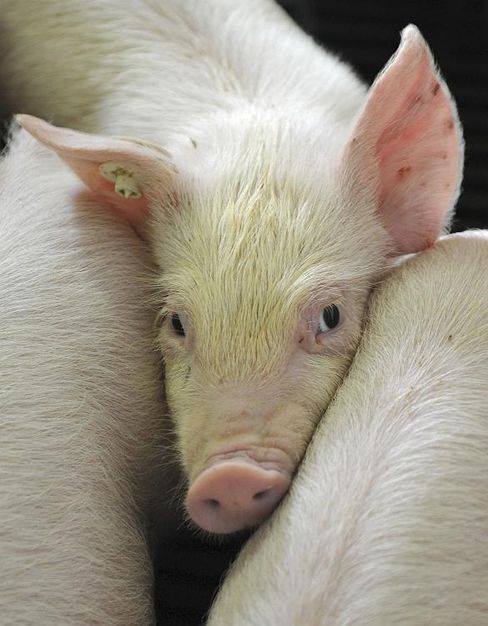 The sight of pigs proved too much to bear for a vegetarian motorist.

A vegetarian woman driving down a motorway in Germany was so traumatized at the sight of a truck loaded with pigs that she lost control of her vehicle and careered into another truck, which was also filled with pigs, police said.

"The woman found herself driving next to a large pig transport truck and the sight of the pitiful animals made her feel so sick that she jerked her steering wheel and started swerving," police in the western town of Gütersloh said in a statement released on Thursday.

"The result of her swerving was that the woman's van struck the side of another truck  which was also loaded with live pigs. The woman suffered little more than a fright but we were unable to ascertain anything about the state of the pig's health," police said.