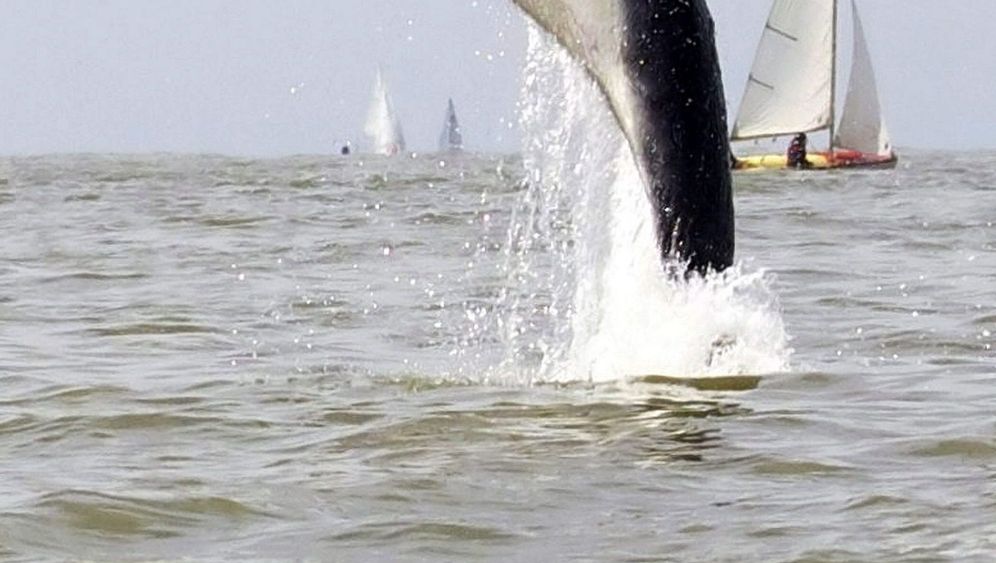 They were looking for a simple beach vacation. But this week, guests near the North Sea resort town of Knokke-Heist in Belgium have gotten more entertainment than they bargained for. Just a few dozen meters from the shoreline, a single dolphin, thought to be a bottlenose, has been frolicking in the waves and wowing families on the beach this week.

The dolphin was first spotted in late July before disappearing for two weeks. Now, he's back -- and seems eager to put on a show for the increasing numbers of beachgoers gathering on shore hoping to catch sight of him.

Jan Haelters, a scientist with the Royal Belgian Institute of Natural Sciences, told German news agency DPA that he thinks the dolphin might be the same one who has visited the Belgian North Sea coast before. He said that, whereas bottlenose dolphins normally stay well away from the shoreline, a visiting dolphin in 2007, named Rudolf, displayed a penchant for coming quite close.

Indeed, Rudolf was so curious that he eventually got into a scrap with a motorboat and was slightly injured by the propeller. In 2008, he returned, again coming close to the beach, allowing visitors to see that his cuts had completely healed.

Bottlenose dolphins don't normally show up on the Belgian coast, although sometimes they make the trip through the English Channel from the Bay of Biscay. Rudolf, though, seems to enjoy his newfound fame.

"He's so good it's as if he was set free from a dolphinarium," Steve Vervaecke of the Sea Life Center in nearby Blankenberge told the Belgian daily De Standaard.