Shoppers in Germany might feel a little embarrassed about asking for "Ficken" schnapps by name -- after all, the drink is named after the German word for "fuck." But the manufacturer can take solace in the fact that the brand name is now legally protected. On Tuesday, Germany's Federal Patent Court ruled that the word "ficken" can be registered as a trademark.

The German liquor manufacturer EFAG Trade Mark Company had taken the case to the country's highest patent court after its attempts to get the name of "Ficken" schnapps registered with the German Patent and Trademark Office had failed. The patent office had steadfastly refused to register the naughty brandname as a trademark, arguing that it was socially offensive to sell goods of that name.

Following its legal victory, EFAG will now own the "Ficken" trademark for clothing, mineral water and fruit drinks, as well as alcoholic drinks.

Used by All Ages

In its ruling, the court explained that, although the name is unquestionably in poor taste, it is not "sexually discriminatory" and does not violate public morals. Furthermore, the ruling reads, the word is found in the Duden, the authoritative style and spelling guide for the German language in Germany, and is used by people "in the widest range of social classes and age groups."

As further evidence of the name's acceptability, the exhaustive ruling goes on to list titles of respected artworks that incorporate the word "ficken," such as "Shoppen & Ficken," the award-winning German version of English playwright Mark Ravenhill's theater piece "Shopping and Fucking."

EFAG's "Ficken" schnapps is not, however, the only German alcoholic drink with an expletive in its name. In March 2010, the European Union trademarks authority ruled that a German firm could register the brand name "Fucking Hell" for a new beer. In German, the name could refer to a type of beer from the Austrian village of Fucking, "Hell" being a German term for light ale. 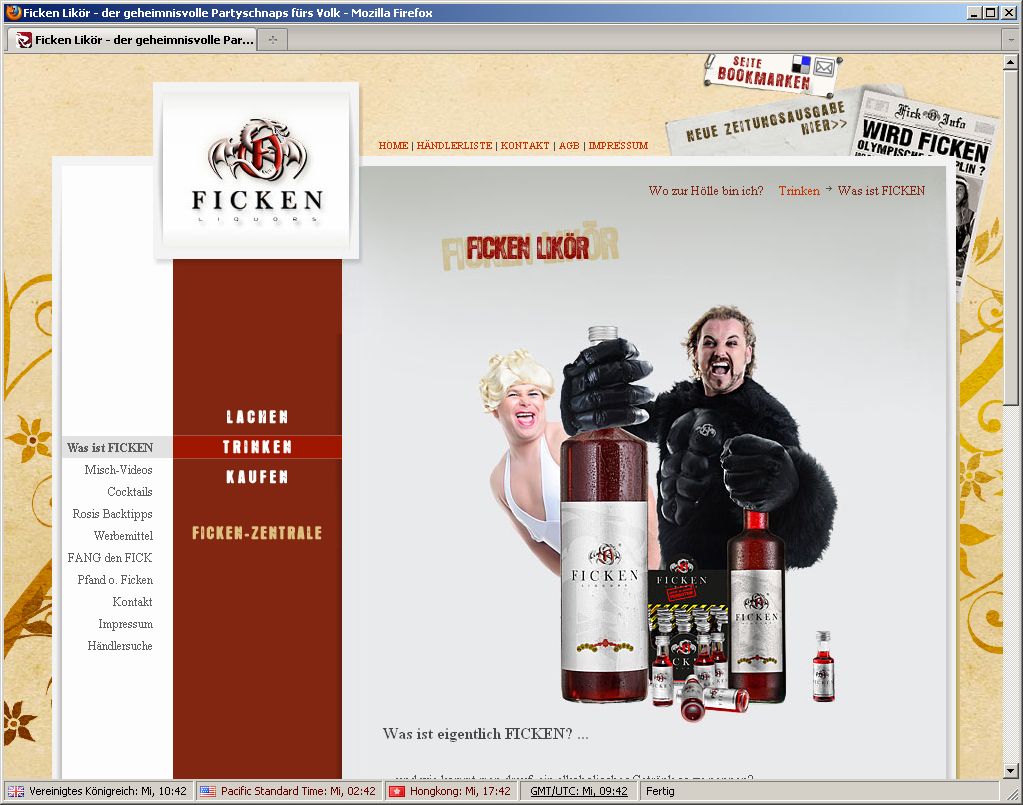 "Ficken" schnapps -- ask for it by name.