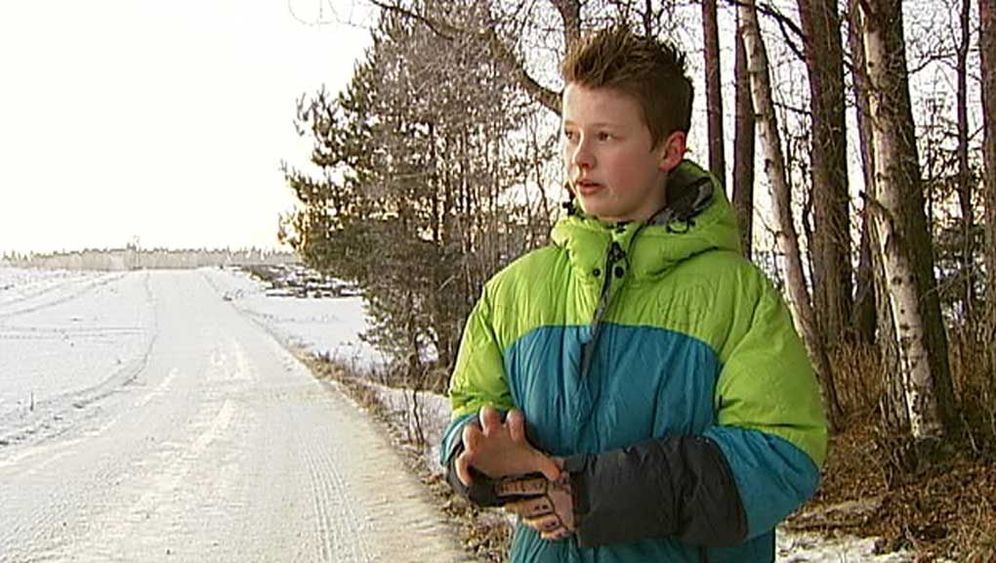 Walter Eikrem listened to music on his mobile phone as he often does as he made his way home from school in the southern Norwegian town of Rakkestad earlier this week. The path leading from the stop where he catches the school bus to his family's farmhouse traverses a gently sloping hillside. All of a sudden, he made out something gray on the hillside. "At first, I thought it might have been the neighbor's dogs," he later told TV2, Norway's largest commercial broadcaster. What he actually encountered, though, were four wolves.

"I was afraid they would attack me," Walter told the Norwegian tabloid VG, describing the incident, which took place on Monday. But he didn't let his fear show. Remembering his parents' advice, Walter pulled the earphones out of his mobile phone, turned the volume all the way up and blasted heavy metal music over its miniature speakers. At the same time, he yelled as loud as he could while flailing his arms about wildly to scare off the pack of wild animals.

"The worst thing you can do is run away because doing so just invites the wolves to chase you down," Walter told TV2. "But I was so afraid that I couldn't even run away if I'd wanted to."

The plan worked. Eikrem said he was able to drive away the wolves by playing the song "Overcome" by the American hard-rock band Creed. "They didn't really get scared," Walter said. "They just turned around and simply trotted away."

On Wednesday, the local newspaper Rakkestad Avis reported on Walter's encounter with the wolves and even gave his mother a chance to tell her side of the story. She said she had actually intended to pick her son up from school, but got delayed while shopping in Rakkestad and didn't make it on time.

"I have a completely guilty conscience," she told the paper, "because I knew there were wolves in the area. The previous evening, we saw three wolves on the edge of the forest when we were putting our horses in their stall. The horses were panicky."

Even so, at least she had repeated to her children often enough just how they needed to behave if they ran into any wolves. "Just don't run away," she would tell them. "You can even get a little poodle to run after you if you run away, even if it doesn't even actually want to attack you. And the same holds true for wolves."

In the end, the son's memory of her self-defense warnings -- and a little heavy metal -- appears to have saved the day.