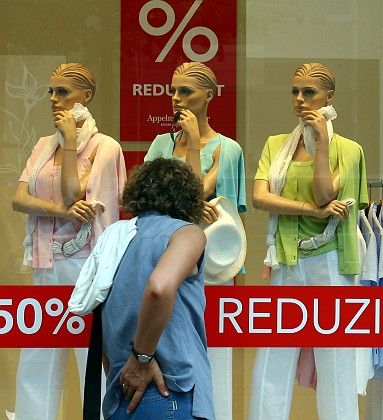 There are some tricks that work fabulously in the movies, but less well in real life, as a German burglar discovered to his cost when he attempted to pose as a showroom dummy to escape detection. The stratagem, which has saved dozens of heroes in popular culture, did not succeed, and the wannabe mannequin was arrested.

The burglar had broken into a clothing store in the town of Menden in the German state of North Rhine-Westphalia during the early hours of Wednesday morning, police reported Thursday.

A passer-by noticed a tell-tale open window and informed the police, who came and searched the store but were unable to find the thief at first.

However a closer inspection of one of the showroom windows revealed that one of the female dummies was not actually made of plastic but was in fact a live man dressed in women's clothing. Instead of fleeing from the store, the 48-year-old burglar had tried to fool the cops by slipping into a suitable outfit and standing motionless in the window next to several genuine mannequins. The hapless thief gave himself up without a fight, police said.