Residents of big cities are getting older. And they're growing lonelier. In Hamburg, for instance, more than half of all households are single-person households and nearly one-third of all people living alone are of retirement age. In many small towns and villages, meanwhile, restaurants are closing their doors, reducing the number of places available to meet people.

For this year's Social Design Award, presented by SPIEGEL ONLINE and SPIEGEL Wissen in cooperation with BAUHAUS, we are therefore looking for ideas that improve neighborly rapport.

We have received nearly 200 submissions from Germany and elsewhere in Europe, but also from places as far afield as South Africa, Brazil and Mexico. A jury of experts has selected 10 finalists, who we would like to present here. Because now, it's your turn: Which of the shortlisted candidates do you think deserves the Audience Award, which comes with a cash prize of 2,500 euros?

You can vote until Oct. 28 by filling using the tool at the bottom of this page.

The winner of the Audience Award and the Jury Prize will be announced on SPIEGEL ONLINE on November 13th.

The United States and Brazil are no strangers to tactical urbanism. It's based on the idea that citizens' involvement in civil planning is always asymmetrical: Public administrators have time and expertise, while citizens have neither - but they know their neighborhoods and know how it needs to be changed. So they just go ahead and make those changes, sometimes with official permission and sometimes without.

A group of tactical urbanists has now assembled in Lüneburg. After a neighborhood gathering in a parking lot, the group came up with plans for further action. The plan is what the Danish urban planner Jan Gehl calls "life between houses," the group says. "We'll open the space between individual buildings as a public meeting place, turning Lüneburg's streets into a living room." In 2019, the group -- made up of students, professionals and a retiree -- wants to initiate one campaign a month, from an urban swing to a giant Scrabble game.

(Listed in the voting tool below as "Die Taktischen Urbanist*innen)

The Mühlenkiez, a neighborhood in the northeast of Berlin's Prenzlauer Berg district, is one of the city's poorest areas and it is also home to hundreds of refugees housed in a variety of different accommodations. The opportunities for more established residents to come into contact with the new arrivals are few and far between. So volunteers initially founded the KulturMarktHalle -- literally, 'culture market hall' -- in an empty department store.

Out of that initial project came the KulturMarktCafé, a mobile café that fits into the "tiny house" category. This neighborhood meeting space was opened in 2018 and it runs on donations, so customers who have more money, pay more. The café is operated by a young man from Syria, giving him a job and an income. The KulturMarktCafé was built on a trailer so that it can be transported to other locations for special events.

Imagine being able to divide your heart into five pieces, then giving each piece away to make someone happy. Impossible, right? Nope: In 2015, a student in Aachen began to make waffles and give them away. He first started handing them out to his roommates, then at major events. Initially it was just a nice gesture but soon, it became political. He called his idea, "Love is the strongest waffle." For him, it combines "art, food and politics in a humorous way."

The free waffles feed the homeless, make children happy and they put the idea of sharing into action. The campaign aims to bring strangers together and give waffle consumers something to think about: How much of their heart do they reserve for themselves? How much do they share with others? And: How much would they be willing to give back to the waffle maker as a donation?

4. Children's Hotel: A Night Off for Mom

It all began with a block party. An employee of the Heidelberg-based association habito overheard a conversation between a single mother and the mother of an autistic child. They were talking about how difficult it was to get even a single night off. Not many people can afford a babysitter in the Heidelberg district of Rohrbach.

That conversation was the inspiration for the Children's Hotel at the city's Mehrgenerationenhaus cultural center. The children arrive at 5 p.m., are fed dinner, make stick bread over a campfire, spend the night either inside or out in a Mongolian-style yurt and stay until breakfast. Children with disabilities are welcome. Nights at the Children's Hotel are themed, from "spooky creatures of the night" to "pirates on the high seas." The association plans to start inviting refugee children as well, to "give the kids the chance to have a carefree time."

(Listed in the voting tool below as "Mama hat frei! Inklusive Kinderhotel")

Full of postwar brick buildings, Rothenburgsort is one of Hamburg's poorest districts. Fully 77.6 percent of residents come from immigrant families. It doesn't even have a secondary school -- and worse still, there are no plans to build one. When the local community center was demolished, there was suddenly no longer a space for resident initiatives, whether it be social counselling, advisory meetings for tenants or bicycle workshops.

In response, six architects, designers and artists from Hamburg's University of Fine Arts suggested transforming an out-of-use public restroom located on a traffic island into a new community center called Mikropol. "We are committed to an open neighborhood based on familiarity rather than seclusion and isolation," Mikropol's initiators said. They are currently negotiating a use contract with the city.

Plug-In, the modular wooden house that stands in front of a refugee shelter in Berlin, looks not unlike a greenhouse. It was conceived by students from the city's Technical University and built together with refugees. "The idea of the small pavilion was not just to create an event space for people living in the refugee shelter, but also to establish a meeting place for people from the adjacent neighborhood," the team of students writes. "In addition to organized events like book and plant festivals, the pavilion can also be used at any time by the residents of the shelter for smaller private parties and celebrations."

Construction was simple and inexpensive. It consists of materials that can easily be bought at the hardware store: plywood boards, screws, bolts, nuts and steel cables. The exterior layer is greenhouse film. The Plug-In project can easily be copied by other community initiatives looking for a roof over their heads.

Passing on knowledge to the next generation: That is the idea behind the Swiss project powerAge. It's like a bank, but instead of hard currency, this app safeguards a wealth of experience from people between the ages of 55 and 80. This digital, community-operated bank serves people in need of help or support.

The powerAge app was developed by a team led by a Swiss management consultant. If first collects the experience-based abilities of those people with wisdom to share. Then it matches that information with relevant queries and tasks from the neighborhood. The third step involves setting the conditions for the exchange of information via Wallet, Google's personal budget app. Universities from Switzerland, Austria, Italy and Hungary collaborated on developing powerAge, which has also received funding from the European Union. It is scheduled for testing in 2019 in Basel.

The Art Nouveau building in Bremerhaven is in serious need of refurbishment. But for a collective of former students, it's the perfect place to make their project a reality: They want to create a house in which people live, artists work and neighbors meet at cultural events. The creators of RISK. say their project is an "oasis of creativity."

For two years, they worked on refurbishment and financial plans until they were able to buy the 1,300 square-meter building in this structurally weak city. The initiators of RISK. have this to say about their project: "We need more places for art and creativity. Places that aren't curated by the public sector. This is exactly the kind of autonomy that is necessary for new initiatives to take root in districts and neighborhoods and for space to be created for the exchange of ideas."

Ellewick-Crosewick is a village in North Rhine-Westphalia with 1,500 residents. It used to have doctors, shops, pubs and restaurants, but this infrastructure has gradually disappeared over the years. The townspeople decided to do something about it, so they founded the cooperative "Use Dorp, use Heimat" and took over the local pub. A few months later, an arsonist destroyed the project, but luckily for the cooperative, the owner of the burned-down building built the "WIRtshaus," a play on the German words for "we" and "restaurant." And then the cooperative received public funding for its next idea: a beer garden in the town center.

The concept worked: The restaurant and beer garden have been booked for 265 events, including weddings and funerals, meetings and birthdays. But "Use Dorp, use Heimat," has more ideas. A charging station for e-bikes is in the works as is another meeting place for neighbors known as the "Pergola."

The parking lot in the Mannheim district of Neckarstadt was a "no-go zone," a barren place between the old train station and a discount supermarket in a densely populated district that is seen as a problem area. The non-profit organization Pow designed a new usage concept with the name Alter, which foresees a mix of sports, culture and neighborly get togethers.

That's how, with help from the city and a project development company, a variety of community spaces were created on the parking lot over the span of three months, from a skateboard and BMX park, a kiosk made of recycled lumber that rents sports equipment, a basketball court, a soccer field, a bicycle workshop, a ping-pong table and urban gardening. This year, a fulltime social worker was added. The concept is designed to expand to incorporate new ideas and initiators. In 2019, for instance, the first gastronomic offerings will begin at Alter, with food being delivered by local restaurants via bicycle courier. The whole project is scheduled to last three to five years.

(Listed in the voting tool below as "Zwischennutzung als urbane Allmende")

What's your favorite? Cast your vote using the tool from quizmaker: 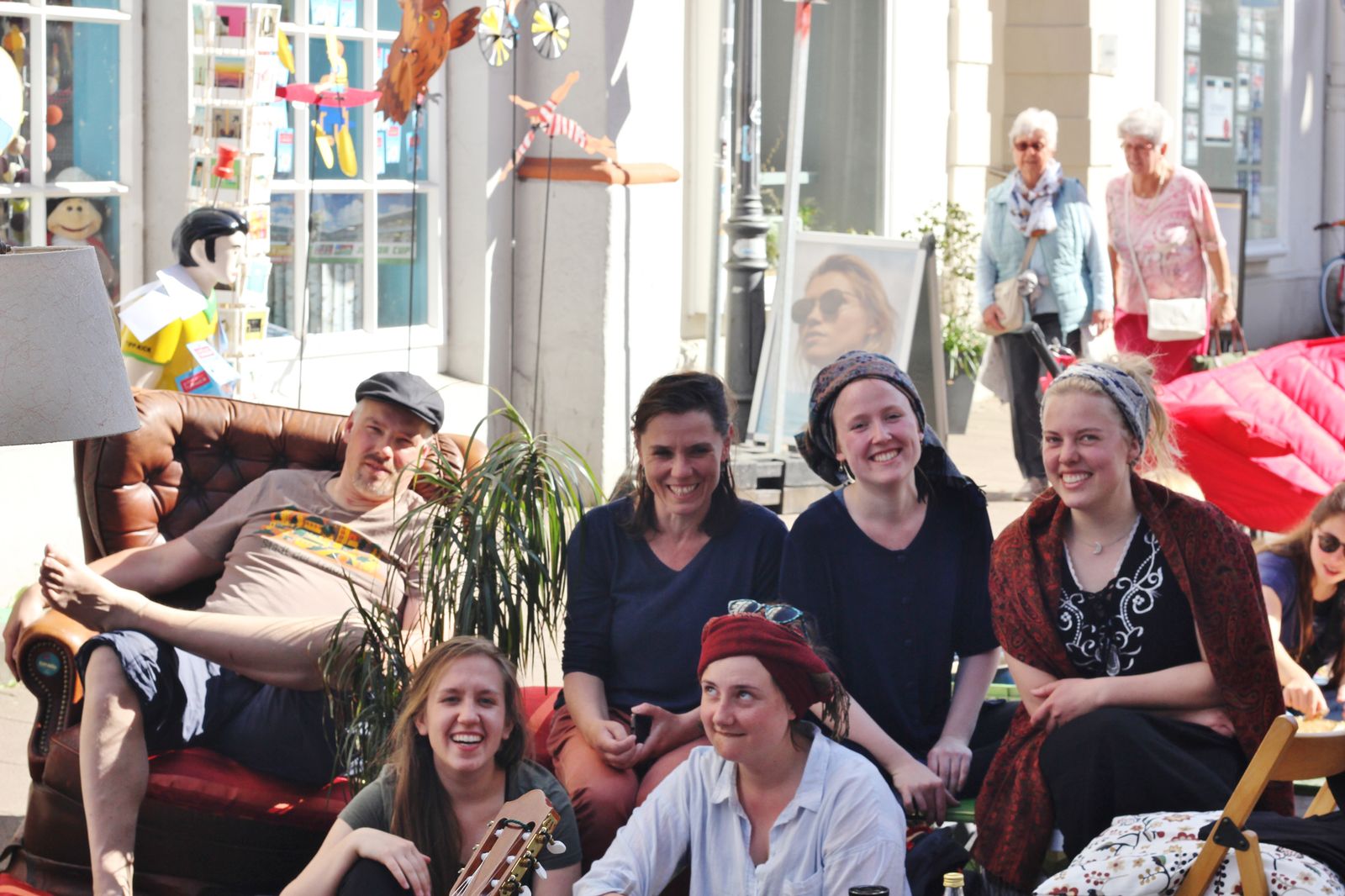 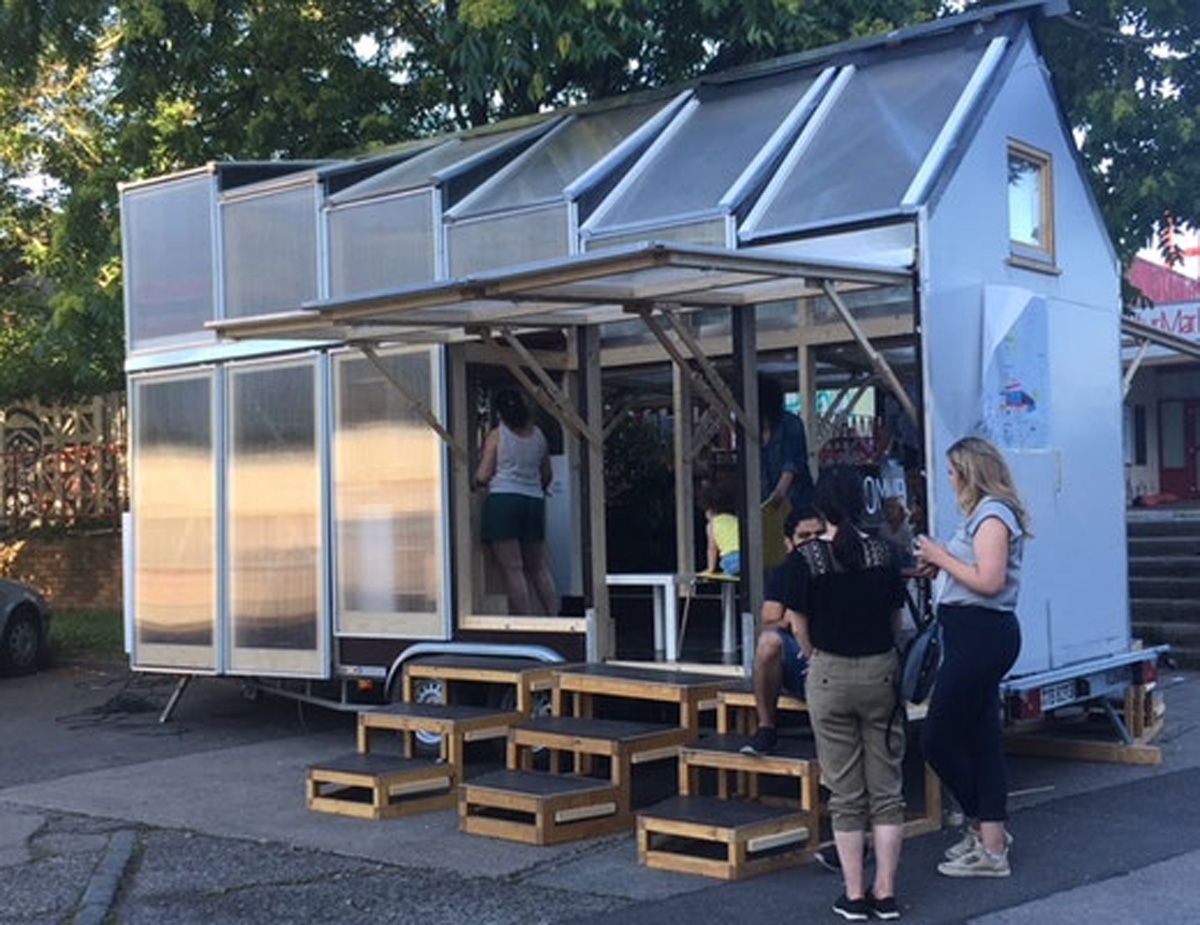 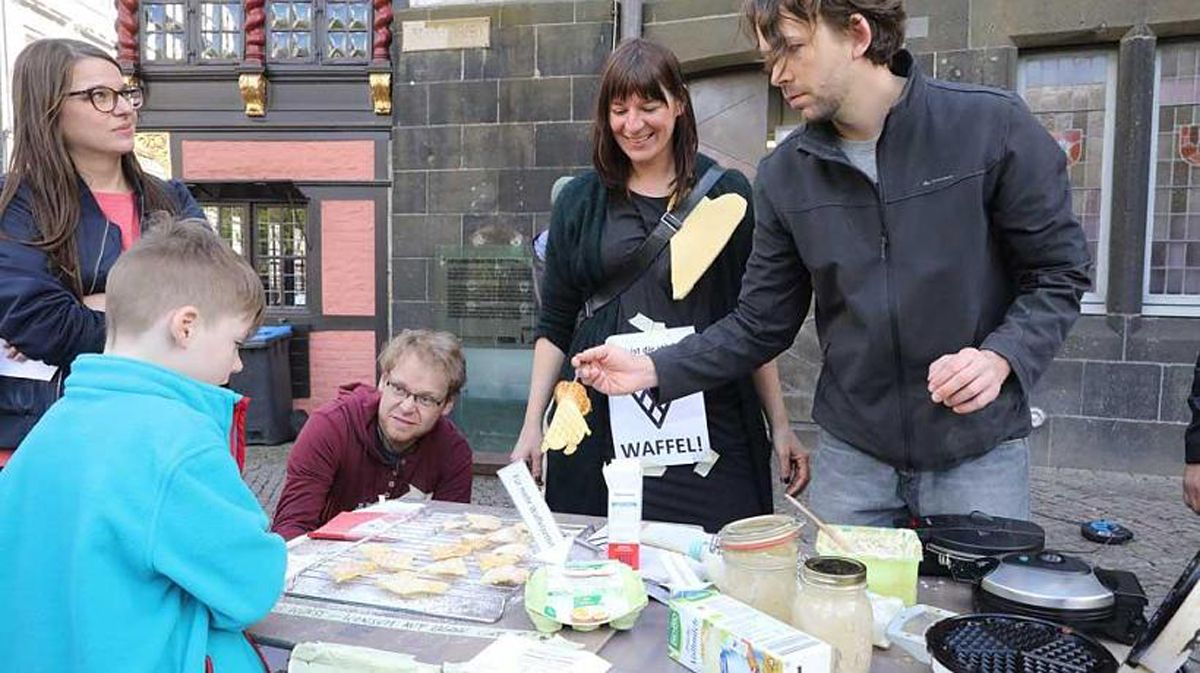 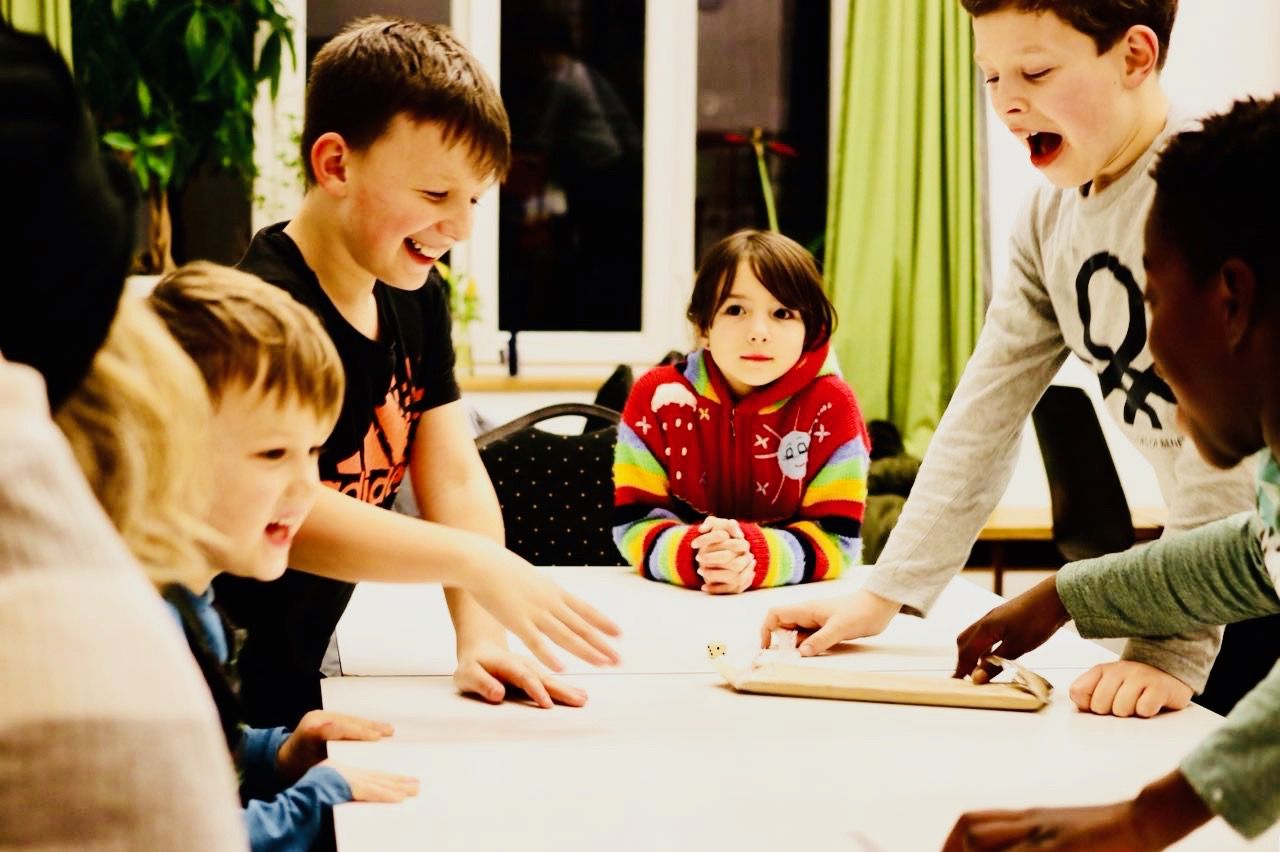 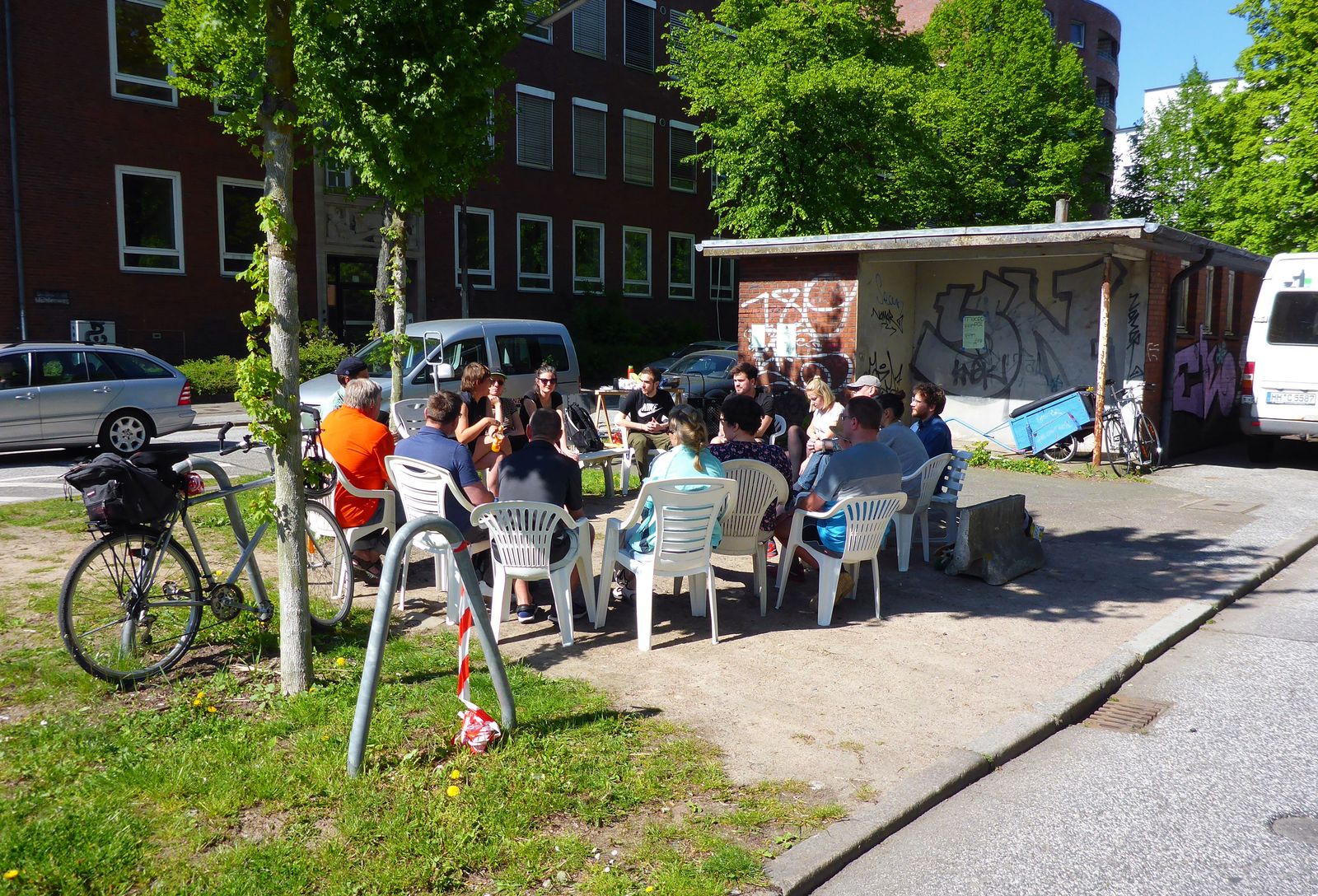 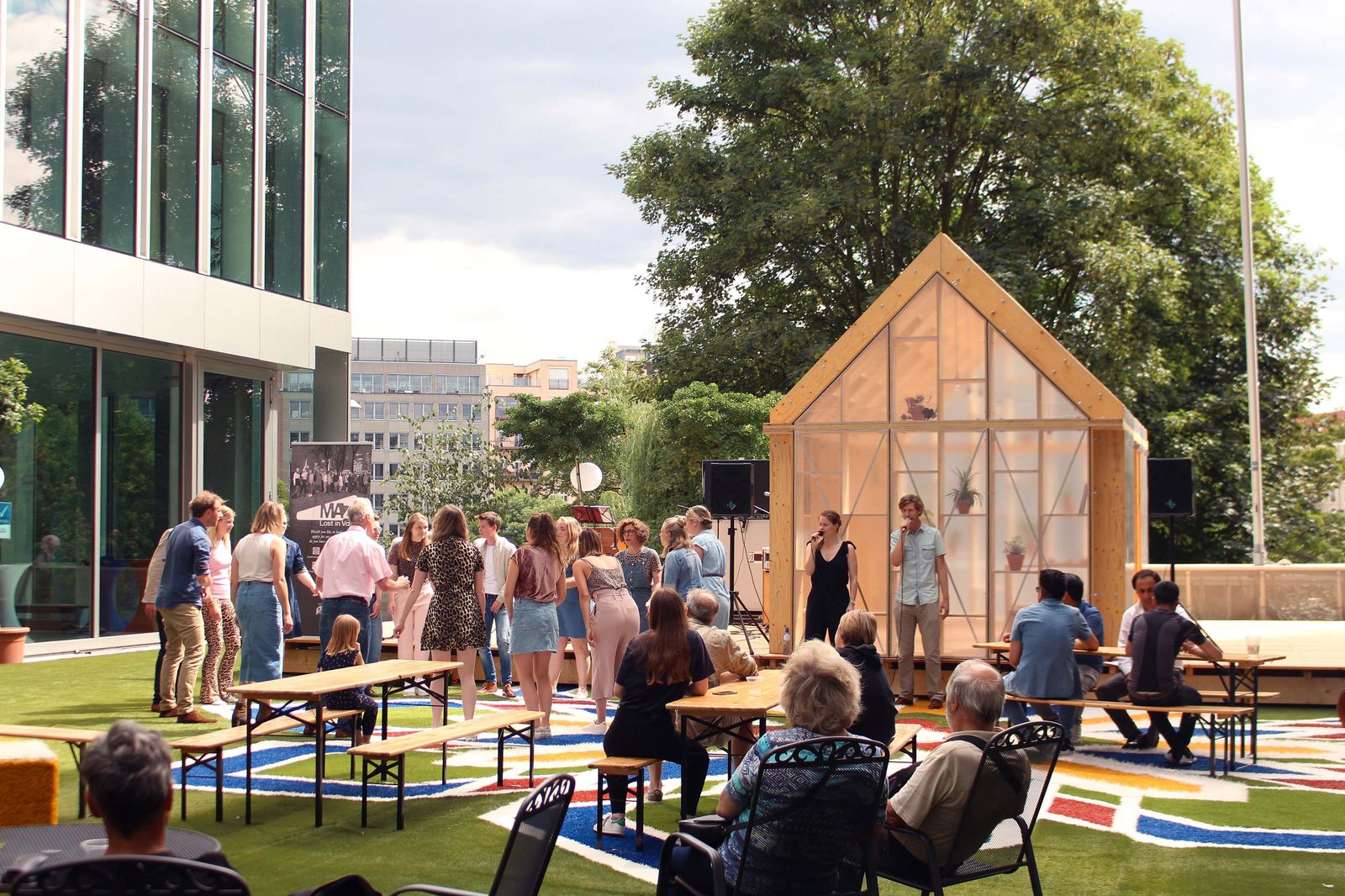 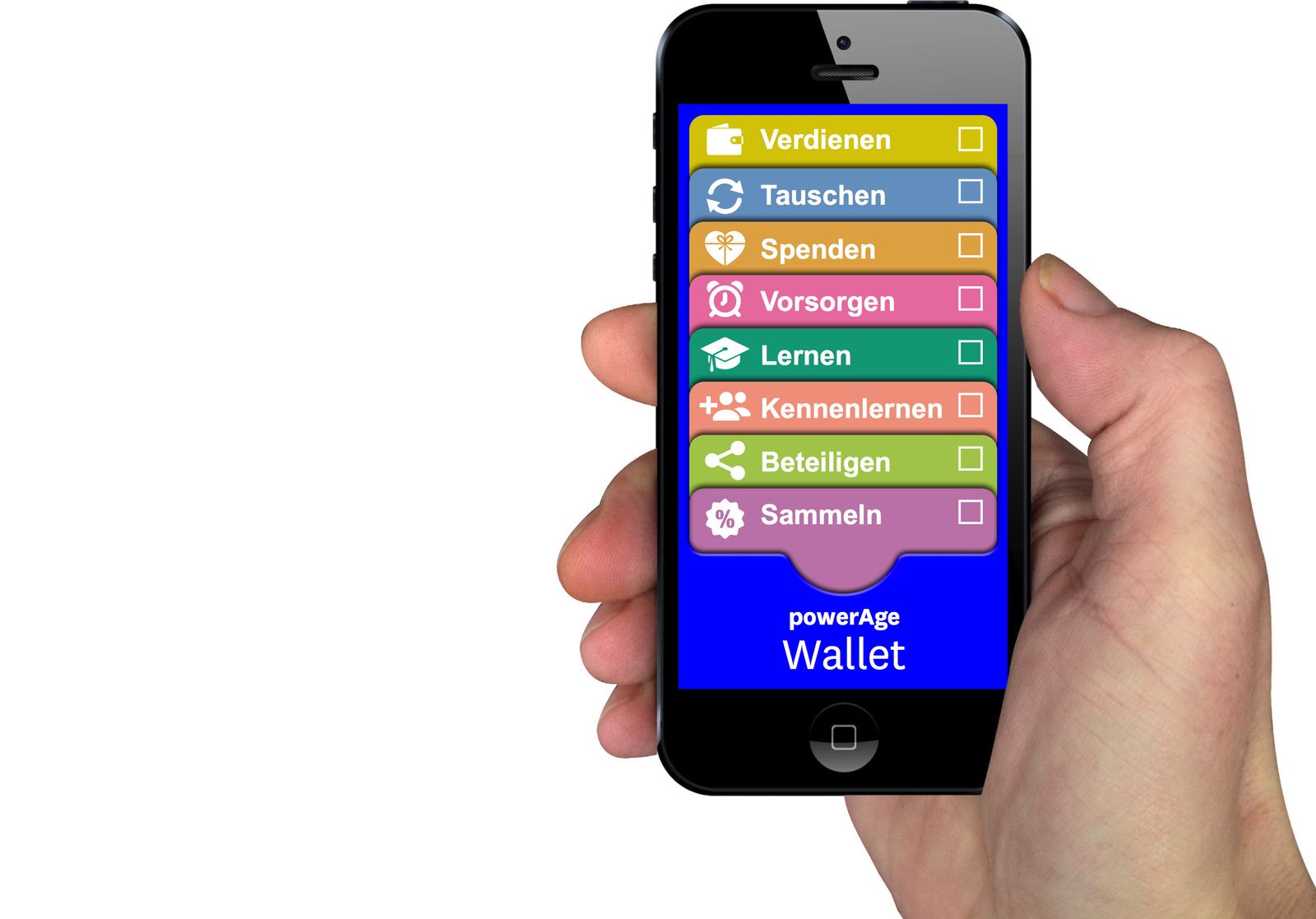 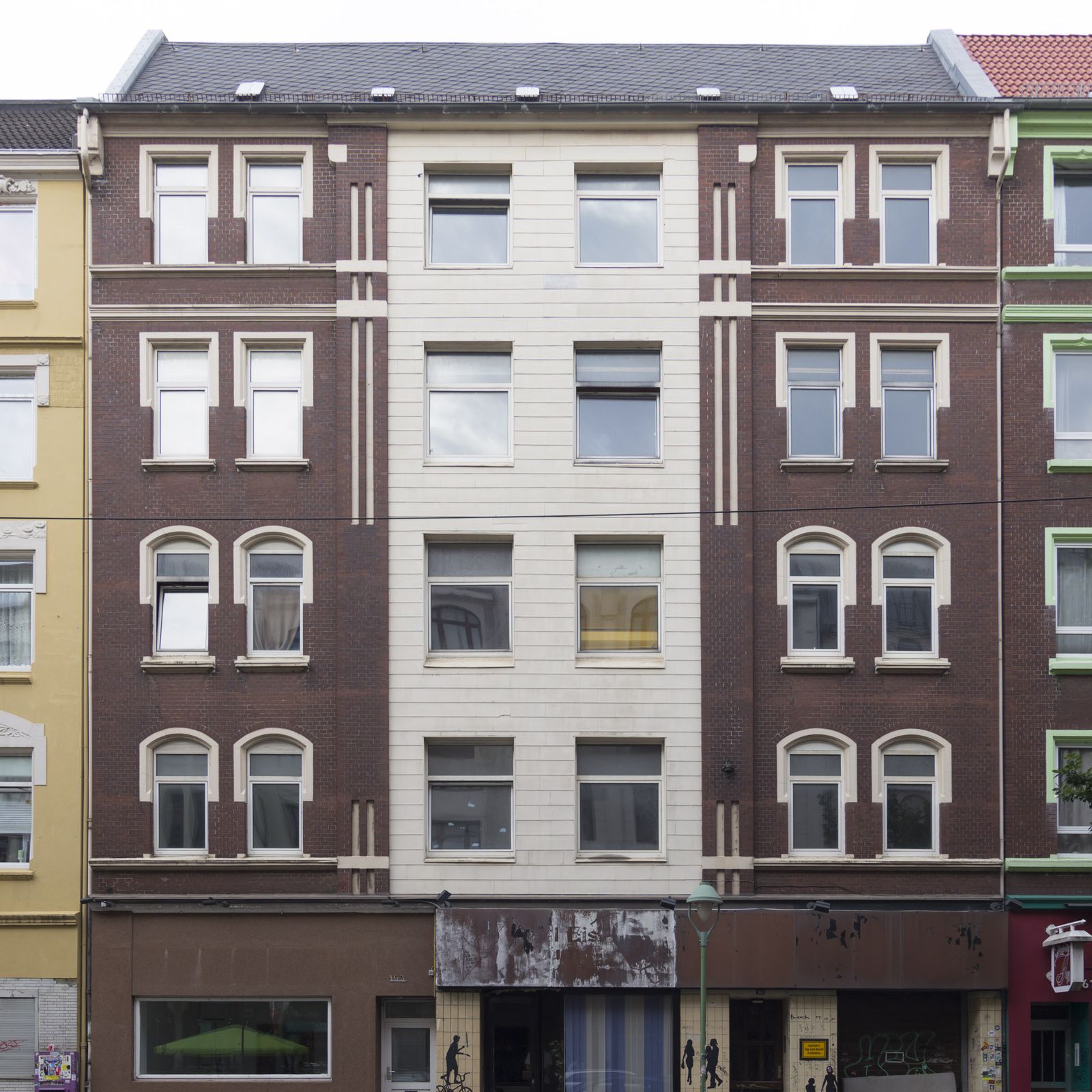 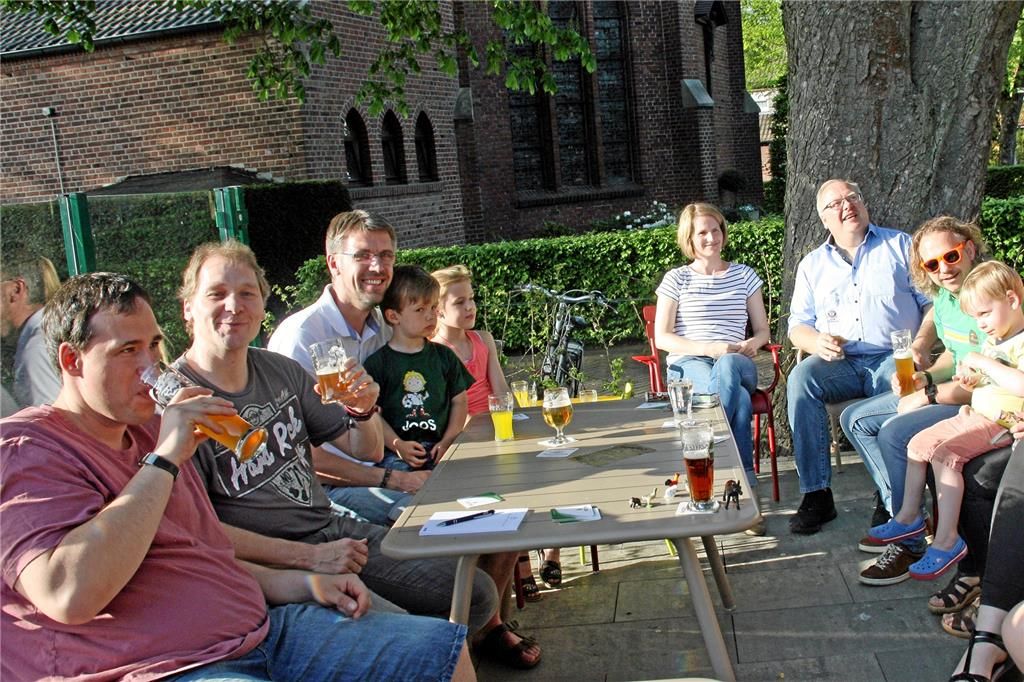 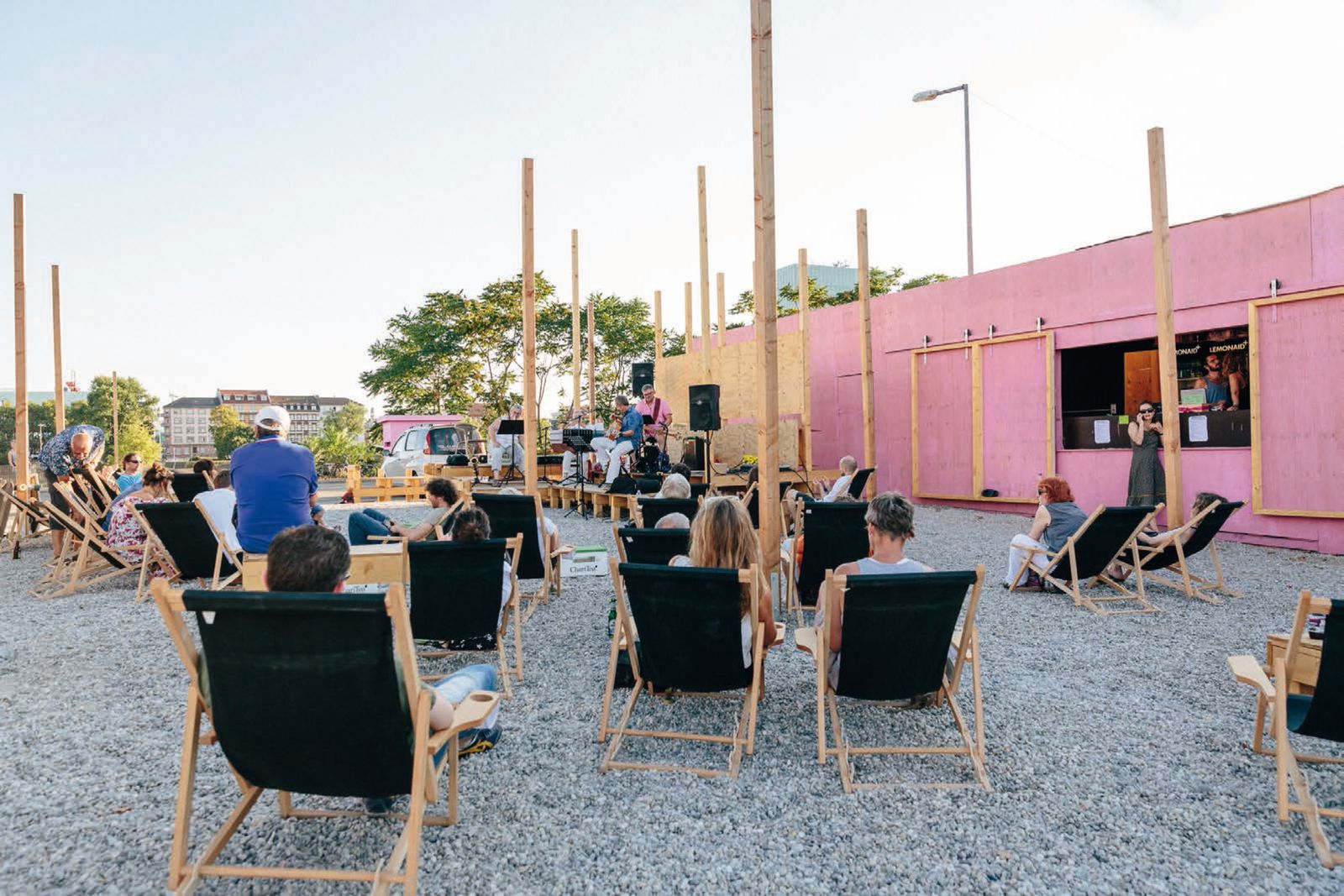