SPIEGEL: Mr. Suarez, in the novels "Daemon" and the sequel "Freedom" you have invented a world in which small software applications that run automated tasks -- generally called "bots" -- control us and determine our destiny. Science fiction writers have often been prescient: Could this be a warning that applies to our current reality?

Daniel Suarez: Well, the sequel is certainly fiction -- but my fiction is only just over the horizon. I present a world that's different but it's familiar enough that it freaks people out a little. And it should. Because even today, we are surrounded by an army of bots that influence our lives profoundly.

Suarez: Sure, let's take a look at what recently happened at Wall Street.

SPIEGEL: On May 6, the Dow Jones suddenly dropped by nearly 1,000 points.

Suarez: And then (bounced) back a couple of minutes later. And those were bots, trading with each other, beyond human control. They evaporated a trillion dollars of wealth in 20 minutes. Or look at medical decisions: Recently there was the case of several women who were kicked off their health insurance just because they were diagnosed with breast cancer. And it wasn't a person that made this decision. It was a bot. They can do really atrocious things. And nobody questions it. Bots also work out your credit rating, which will determine whether you get a loan, an apartment or even a job interview. And that data never goes away.

SPIEGEL: Where does all this data come from?

Suarez: Data is gathered all the time. Just take your mobile phone. Geo-location data collected by your (mobile phone service) provider is not just about your movements. It's about who you are with and what you will do next. There was a recent study at the Northeastern University in Boston, examining 50,000 cell phones and their owners. After some time, the researchers found they could predict the movements of any individual with 93 percent accuracy. And you can start to correlate that data with other data -- for example, with credit card purchases or surveillance camera footage.

SPIEGEL: Is the data being used already?

Suarez: I'd be shocked if it wasn't. Firstly, it would be part of the war on terror. But then it is also about selling things. Bots screen a vast ocean of data (for patterns). And they are very effective. Whether it's about helping an intelligent agency find members of the opposition or selling people ice cream at the exact moment they're most susceptible to buying an ice cream. If you can come up with a sophisticated bot algorithm, then you're going to make a lot of money.

SPIEGEL: In your books the story line involves a software tycoon and game designer Matthew Sobol, who accidentally creates a highly sophisticated network of bots that go into action when Sobol dies of cancer. The network, eventually named Daemon, then starts to dismantle civilization as we know it and even convinces followers to murder. How does all this happen?

Suarez: The incentive is money. Basically all money exists as a series of ones and zeroes in databases. So, if you've got bots that are inside those systems, they can create money and then hand it to anybody. The bots also know who you've talked to, what your job is, what your hobbies are and so on. By the way, this is exactly what social media already does these days. There are 400 million people on Facebook. And Facebook is constantly being (researched) by bots. Those bots aren't even intelligent. I don't think it's going to take a greater-than-human intelligence to trap us.

SPIEGEL: In your books, you talk about a Darwinian struggle for survival between bots and humans. That sounds a little far fetched. Is the survival of humankind really at stake?

Suarez: No, but our quality of life could be. A life where bots tell us what to do every second -- get up, go to work, do this, have kids with this person -- is completely reasonable. Bots determine our economic opportunities; We have already accepted that. So, really, how much of a journey is it from that point to having bots determine what other opportunities you get in life? All the decision making would be done by bots and we wouldn't even notice.

SPIEGEL: But surely there are still people behind all of this, programming the bots and coming up with a purpose for them?

Suarez: Sure, and I'm not saying it's a vast conspiracy. You don't find evil people sitting in the corner going "ha, ha, ha." (The programmers) are all good citizens. But the whole thing can easily get out of hand. There are networks of bots out there with 10 million machines. Who's controlling them? You tell me where the process that's attacking your data is, physically. You can't just shut it down.

SPIEGEL: Couldn't one just pull the power plug out?

Suarez: How would you unplug the Internet? There is no way. Data centers have generators these days. They don't rely on the electrical grid. And you wouldn't know where to start anyway. Even if you shut down 20 percent of the (Internet), it would still exist. My point is that we are creating something very powerful. And we don't understand the implications. Bots are like parasites, they evolve all the time. Eventually, we loose control.

SPIEGEL: So what can we do about that?

Suarez: We have to regain control over our own data. I think that transparency is the key. If you know where you are at, you can act accordingly. And if somebody else wants to use your data, you should be able to decide yourself if you want to hand it over.

SPIEGEL: So as a software specialist, how do you take care of your data?

Suarez: I don't have a Facebook page. I don't use Twitter. I don't give anyone a lot to grab onto. Sometimes, I even take out the battery of my mobile phone so that I can't be localized. A very small group of powerful people is deciding what's going to happen with your data, and they're using bots to help implement what they want to do. That has nothing to do with democracy. It's all about efficiency. And that's the really scary thing about it. I'd prefer we don't take that trip. Otherwise, this could really end up being a hellish world. 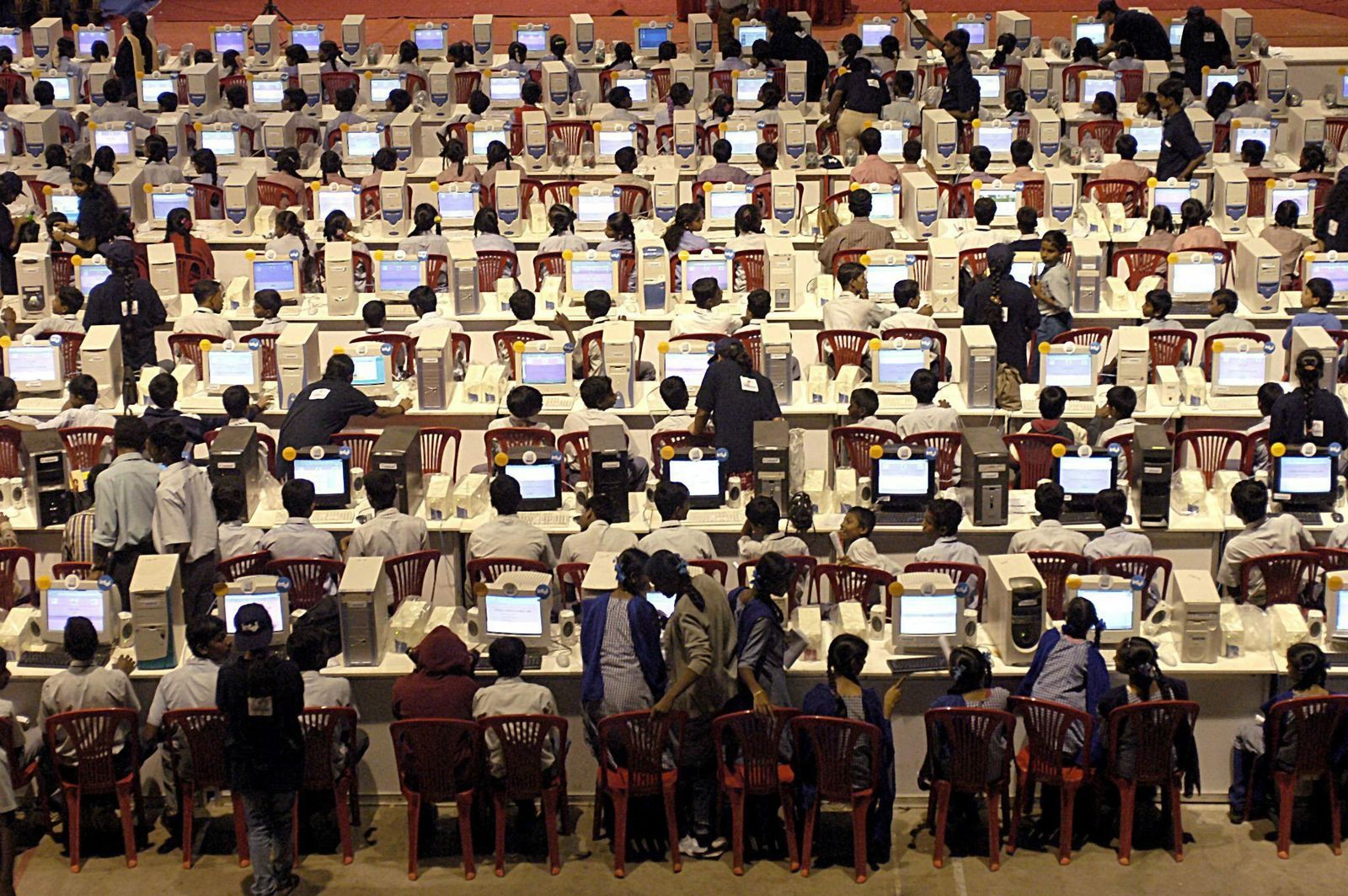 Under control: We may not realize it but automated software, or bots, affect our lives.