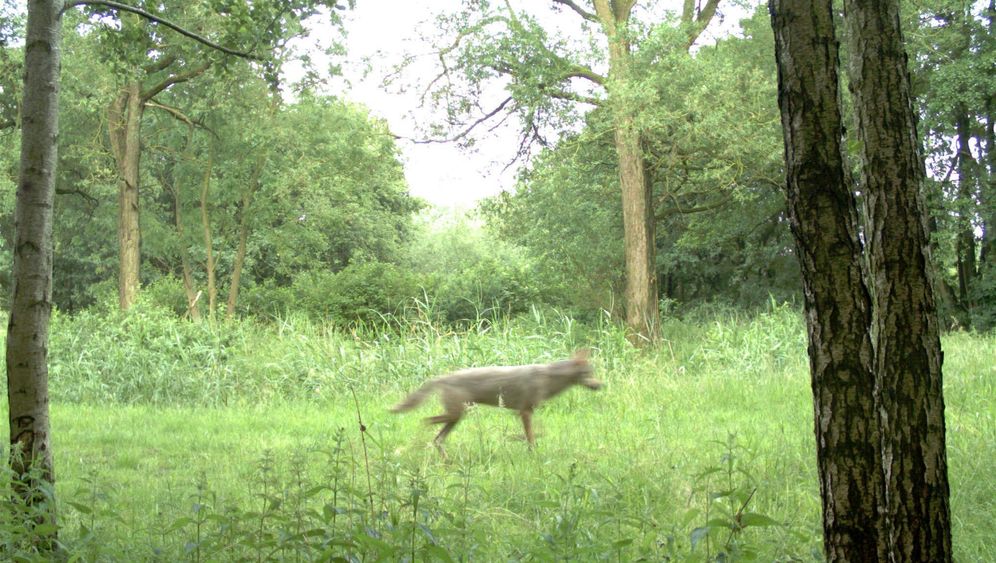 For some 150 years wolves were extinct in Germany, but in the 1990s they began to return from Eastern Europe. Once reviled and feared, the shy animals have slowly begun to spread to the north and south, with 14 packs now on record in the country.

Late last month, the presence of a lone wolf was verified in the northernmost state of Schleswig-Holstein, where the last of its kind is believed to have been killed in 1820, the state Environment Ministry reported.

But there are still fears, particularly among livestock owners, about the renewed presence of the wolves. In an interview with SPIEGEL, Markus Bathen, 40, a wolf expert for the German Nature and Biodiversity Conservation Union (NABU), discusses how perceptions are changing and whether the animals pose a danger to humans.

SPIEGEL: Mr. Bathen, a wolf has been sighted in Schleswig-Holstein that is thought to have come from Poland. How did this happen?

Bathen: Wolves run an incredible amount, averaging about 40 kilometers a day. They often run along developed paths. The lack of obstacles helps them save energy. In the days when there were wolves across Europe, it was important for them to move around to ensure genetic variety, sometimes several thousand kilometers. Some still behave in this manner. We know this because some wolves are fitted with GPS trackers.

SPIEGEL: A number of wolf packs can be found in Germany once again. What has changed?

Bathen: Wolves lived here in the past, and they have a specific function in the ecosystem. Wolves prefer sick and weak animals as their prey, giving other animals an advantage by ensuring them more room and food. We call wolves the "health police." But there is also a social aspect to this: Humans wiped out the wolf when nature was perceived in oversimplified terms as either good or bad. But now we have accepted both sides of the animal.

SPIEGEL: What other sides do wolves have, apart from being the "health police?"

Bathen: The perception that wolves eat goat kids isn't untrue. Wolves don't know that deer, and not sheep, are acceptable as prey. We've developed a wolf management program that has initiatives on how to set up protective fences and suggestions for better support of shepherds, for example.

SPIEGEL: Should people be afraid of going into forests?

Bathen: People don't need to be afraid in a "wolf forest," as I now call them. Wolves do not see humans as prey. They don't care about us.