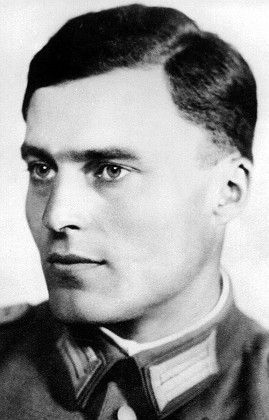 Claus von Stauffenberg was one of the leading figures in the July 20, 1944 bomb plot against Hitler. Now a new Hollywood movie is being made about the conspiracy.

There was much excitement in Berlin last weekend when Hollywood actor Tom Cruise came to the German capital to scout filming locations for the upcoming movie "Valkyrie," in which he will play Claus von Stauffenberg -- a leading figure in a failed 1944 assassination attempt on Adolf Hitler.

However he would have been unlikely to get a warm reception from Stauffenberg's son, should he have met with him to discuss the role. Stauffenberg Junior is less than thrilled about the celebrity Scientologist playing the role of his father.

"It is unpleasant for me that an avowed Scientologist will be playing my father," Stauffenberg Junior told the newspaper. He admitted that he seldom went to the cinema or watched television, and that he only knew Cruise from "one of those military films" ("Top Gun").

"I'm not saying that Cruise is a bad actor -- I can't judge that," he said. "But I fear that only terrible kitsch will come out of the project." 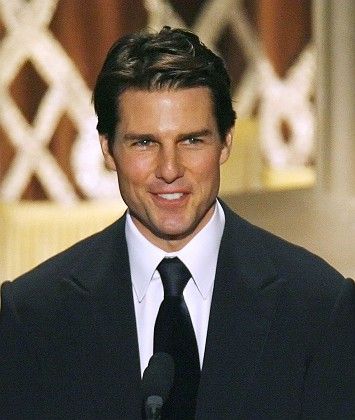 Tom Cruise is starring as Stauffenberg in the upcoming film "Valkyrie."

"I had hoped for a long time that the project was just a publicity stunt on the part of Cruise," Stauffenberg said. "Clearly that appears to not be the case. It's bound to be rubbish."

He is not, however, planning to take action to stop the film being made. "My father is a historical figure. ... Even if I took action against the film, there would be the danger that I would only be publicizing it."

His advice for Cruise? "He should keep his hands off my father. He should climb a mountain or go surfing in the Caribbean. I don't care what he does, so long as he keeps out of it."

However not all the family is so bothered by Cruise -- who happens to bear a passing resemblance to Claus von Stauffenberg -- taking on the role. Grandson Caspar Graf von Stauffenberg, 41, recently told the newspaper Bild am Sonntag that he "didn't have any fundamental problem" with a new film being made about his grandfather: "After all, this medium is good for explaining history."

Stauffenberg is something of a hero in Germany for being part of a plot to kill Hitler with two suitcase bombs on July 20, 1944. The aristocratic officer was executed by the Nazis the following day for his role in the conspiracy.

The new Cruise vehicle, which will be directed by "Superman Returns" director Bryan Singer and has a scheduled release date of 2008, is by no means the first film to be made about Stauffenberg and the bomb plot. Other versions of the gripping story include Jo Baier's 2004 German movie "Stauffenberg," the 1955 German film "Es Geschah am 20. Juli" ("It Happened on July 20") and the American 1990 TV film "The Plot to Kill Hitler."

However Stauffenberg Junior was not very impressed by the other versions either. In the interview he said he was "annoyed" by historical inaccuracies in Baier's film, and described "The Plot to Kill Hitler" as "terrible, really awful."