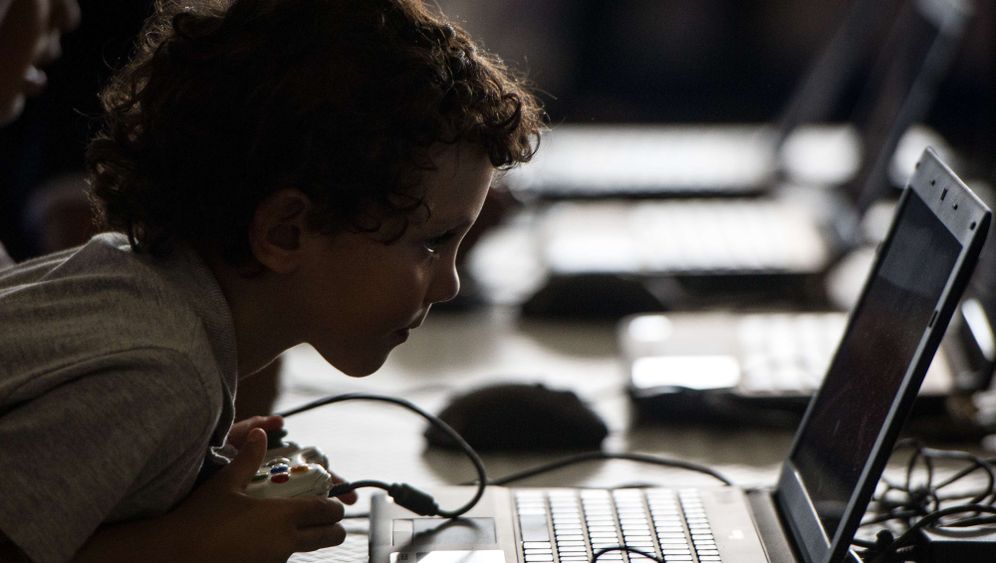 Vincent is sitting on the couch and watching a vacation video when he suddenly poses two questions to his parents: "Why is space endless? And what was there before the Big Bang?"

Without waiting for an answer, Vincent jumps up to turn his attention to a different topic: his new red rubber boots with pictures from the animated film series "Cars." "I want a puddle!" Vincent shrieks, dancing around the room in excitement. "Then I can jump in it and splash you!"

Vincent T. is 4 years old. Two years ago, he was having problems at his day care center, where he was throwing sand and hitting other children. Was he disturbed? Did he suffer from attention deficit hyperactivity disorder (ADHD) or perhaps even Asperger's syndrome? Concerned, his parents had two-and-a-half-year-old Vincent examined by a psychologist. The finding: Vincent had an IQ of 133.

That means Vincent is gifted. At just two years old, he taught himself the alphabet. Being bored in his toddler playgroup led him to break out in tears every morning. Since he started at a preschool with a reading corner, though, things have been fine. His parents have registered Vincent to start school next year, a year earlier than the usual starting age in Germany.

Children like Vincent -- little superbrains who devour stories of Winnie-the-Pooh and reports on the Mars rover Curiosity with equal enthusiasm -- are increasingly common. Just this April, the British branch of high-IQ society Mensa admitted 4-year-old Heidi Hankins to its ranks. By definition, the average IQ is 100; above 130 is considered gifted. Heidi's is 159.

And Heidi is not even Mensa's youngest member. In 2009, the society inducted little Elise Tan Roberts of London with an IQ of 156. Elise could spell her name, list 35 world capitals and discuss various types of triangles. At the time, she was 2 years old.

This obsession with numbers is not without its controversies. "IQ tests are not yet reliable at such a young age," says Tanja Baudson, a psychologist at the University of Trier, in southwestern Germany, who specializes in research on the intellectually gifted. Up until puberty, she says, those IQ levels may develop very differently for Vincent, Heidi and Elise.

Still, the three children provide an example of a global trend widely acknowledged by specialists in this field: From one generation to the next, children are performing better on IQ tests. In Germany, scores increase by about 3 IQ points each decade. In fact, the tests have to be adjusted every few years to keep up. The test currently used for children is called the WISC-IV. A person claiming to have an IQ of 130 needs to specify which test generated that result: WISC-III? WISC-IV?

The astonishing upward trend in IQ levels is known as the "Flynn effect," named after American political scientist James Flynn, who is now in his late seventies and lives in New Zealand. The emeritus professor with a full white beard published a new book this month, "Are We Getting Smarter? Rising IQ in the Twenty-First Century," in which he seeks to elucidate this phenomenon.

In the book, Flynn offers a level-headed analysis of the limits and possibilities of intelligence tests. Germany falls in the middle of the Flynn effect phenomenon, with an annual increase of 0.35 IQ points, while countries such as Brazil and Turkey are catching up nearly twice as fast. China has long been playing in the top league, with an average IQ of 105.

Developing countries such as Kenya are also making gains. Saudi Arabia, on the other hand, is making less progress -- Flynn surmises this is because being subsidized by petrodollars provides little motivation for learning.

Such findings refute the claims of those who warn that humanity is getting dumber. We're "amusing ourselves to death," American media theorist and critic Neil Postman argued in a 1985 book of the same name. Postman blamed television for a decline in cognitive skills. Since then, however, the average IQ in the US has risen by nearly 10 points.

"Digitale Demenz" ("Digital Dementia") is the title of a current best-seller by German psychiatrist Manfred Spitzer of the Ulm University Hospital. "Avoid digital media," Spitzer advises. "As shown here many times over, they truly do make us fat, dumb, aggressive, lonely, sick and unhappy." The provocative psychiatrist compares teaching children to use online media to serving them beer, and providing computers in elementary schools to heroin dealers getting their users hooked. However, in his book, Spitzer only presents the studies that fit with his theory of decline, and prefers to carry out his rants in less discriminating forms of media, such as television and Germany's mass-circulation tabloid Bild, where he makes such bold statements as: "We already have digital dementia."

Spitzer says the term "digital dementia" originated with Korean scientists. More likely, though, it simply comes from a survey one web portal conducted five years ago among its users, who indicated among other things that they were hardly able to remember telephone numbers anymore.

Additionally, Spitzer previously made many of the same claims verbatim in his 2005 book "Vorsicht Bildschirm!" ("Caution, Screen!") Since then, the average German IQ has risen by about 2 points.

Around 1900, there was a similar fashion for hysterical warnings of "nervous disorders" and the weakening of the brain supposedly triggered by technological advances. It was in this environment that a Parisian researcher developed the first intelligence test in 1905.

Then, exactly 100 years ago, Hamburg-based psychologist William Stern invented the "intelligence quotient," or IQ. In the fall of 1917, with Europe at war, Stern received an assignment to select 1,000 out of 20,000 Hamburg children for advanced lessons at school. The researcher chose not to rely on IQ scores but, rather, to conduct intensive observation of the students in the classroom -- he knew the limits of his own tests.

The informative value of IQ tests has been debated ever since their invention. Stanford psychologist Lewis Terman, for example, followed a group of 1,500 gifted children over several decades. The majority of them did not grow up to be new Einsteins, but rather led entirely normal lives and did not even perform above average in their professional lives. It turns out that self-confidence and perserverance, as well as the way a person is raised, have just as important an effect as IQ does.

The fact that people are scoring progressively better on IQ tests, Flynn says, doesn't represent better cognitive skills so much as it expresses a modern, scientifically influenced way of thinking that can better take hypothetical and abstract situations into account. "In pre-modern societies, people thought in a more practical and concrete way," the researcher explains. In his book, he provides an anecdote to illustrate this point. As a child, he writes, he once asked his father: "But what if your skin turned black?" He just answered: "That is the dumbest thing you have ever said -- who has ever heard of anyone's skin turning black?"

This is the only way to explain the fact that the average IQ in Kenya is just 72 -- but is increasing by an enormous one point per year. "If I conduct an IQ test and ask a shepherd, 'What connects a lion and a lamb?' he might say, 'The lion eats the lamb,'" Flynn says. "The correct answer on the test, though, is: 'Both are mammals.'"

Thinking is "plastic" and adapts to the environment, Flynn adds. From generation to generation, children find it easier to organize symbols, create categories and think abstractly.

Flynn thus calls for "sociological imagination" when it comes to interpreting data on human intelligence. In many countries, for example, girls have caught up with boys in IQ tests -- an effect of being treated equally. And African-Americans score worse than white Americans only when they grew up under difficult circumstances. For example, no difference was found among the children of black US soldiers living in Germany.

In the 1990s, it seemed like the Flynn effect was gradually coming to a standstill, prompting questions about whether a maximum level had perhaps been reached. But, to his amazement, Flynn is now discovering that the trend has started up again.

One thing stands out, though: While young test subjects are particularly good at solving visual and logical tasks quickly, their vocabulary is increasing only minimally -- unlike that of their parents.

"Linguistically, the generations are growing apart," Flynn states. "Young people can still understand their parents, but they can no longer mimic their style of speech. That was different in the past." One possible reason for the change is that today's young people read and write many short messages on Facebook and on their cell phones, but they rarely immerse themselves in books anymore.

Flynn says this is a pity -- but no reason to panic. What some have taken for "digital dementia," he explains, is ultimately just children and young people adapting to a world that is faster-paced and strongly influenced by digital media.

For personal reasons, Flynn is far more concerned about an entirely different phenomenon: Everyone's IQ test scores start to slip with advancing age -- and the more intelligent they are to begin with, the faster their results drop. The only thing that can apparently counteract this trend is exercising the brain -- including with the help of modern media.

Last week, a working group under Osvaldo Almeida, an Australian professor of geriatric psychiatry at the University of Western Australia, in Perth, released the results of a long-term study of over 5,500 seniors. The finding: Study participants who used computers had over 30 percent less risk of developing dementia. 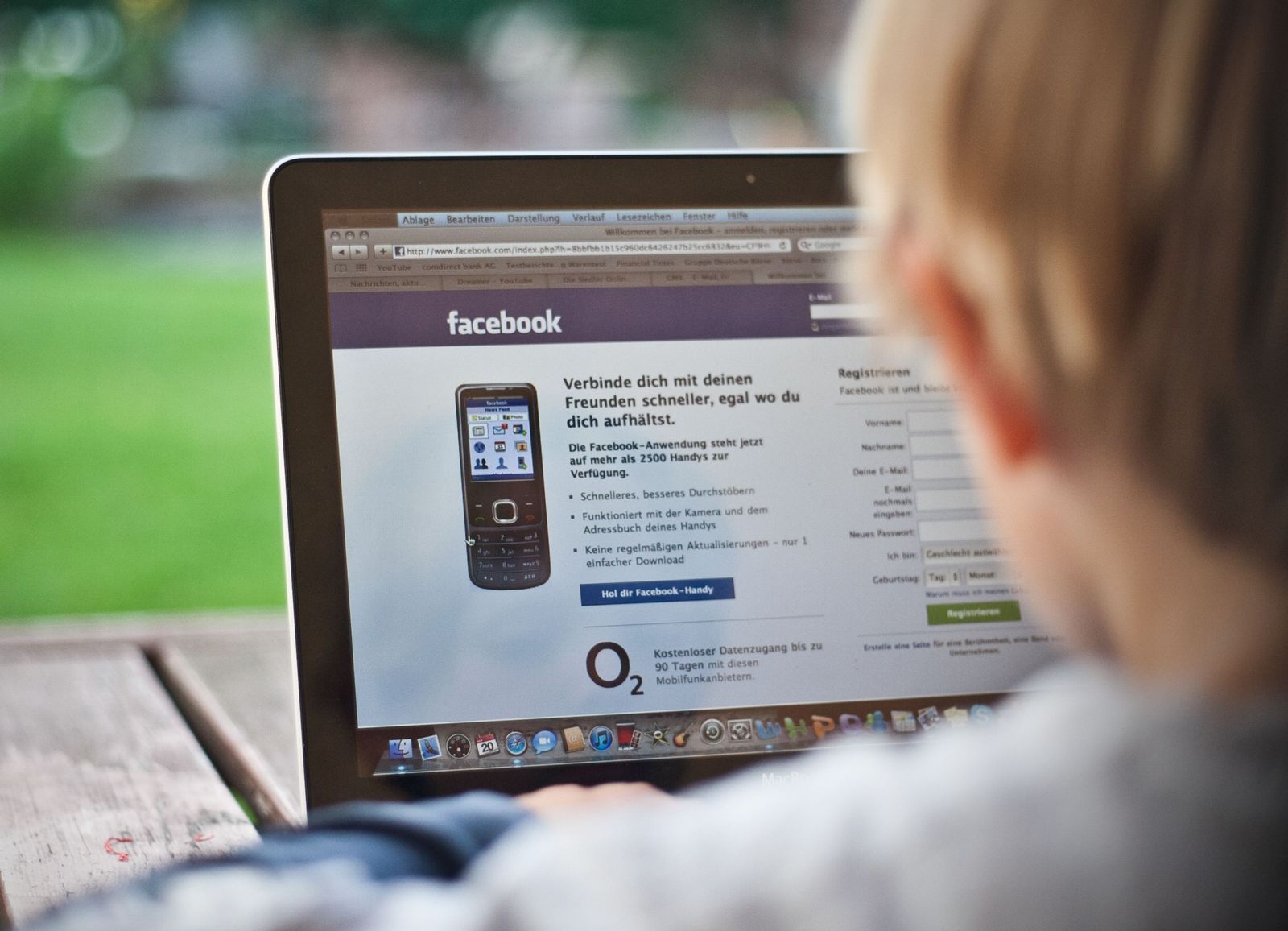 The fact that people are scoring progressively better on IQ tests, Flynn says, doesn't represent better cognitive skills so much as it expresses a modern, scientifically influenced way of thinking that can better take hypothetical and abstract situations into account. Thinking is "plastic" and adapts to the environment, Flynn adds. From generation to generation, children find it easier to organize symbols, create categories and think abstractly.