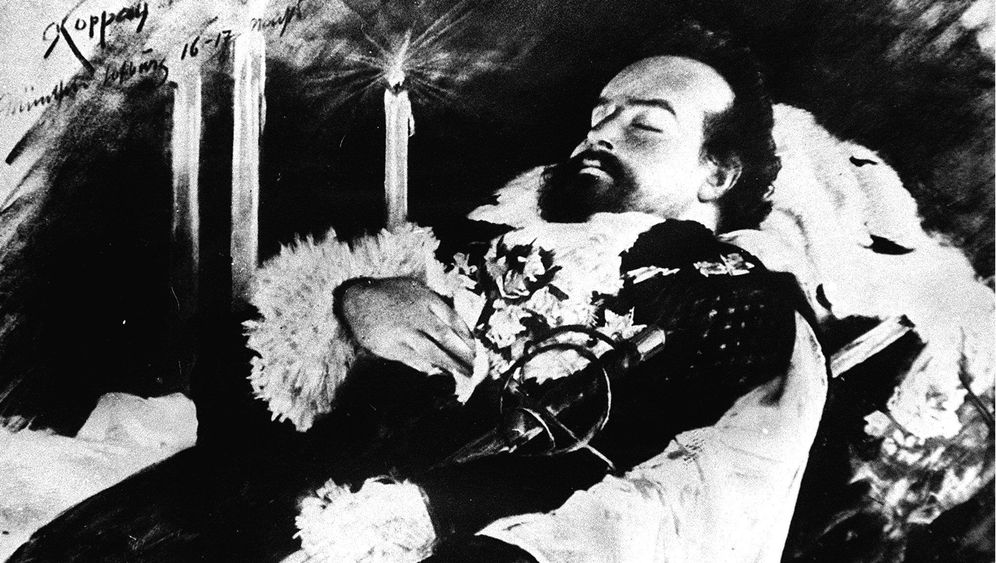 When the fate of the king of Bavaria was placed into his hands, Bernhard von Gudden was a highly regarded figure in medical circles. Not only had the doctor perfected a machine that could cut human brains into fine slices for research purposes. But he had also made a name for himself in the area of psychiatry, which was still in its infancy at the time, with a pioneering proposition. Gudden argued that so-called "moral treatment," which often involved inflicting violence on mental health patients, wasn't perhaps the best curative regimen.

Still, the psychiatrist thoroughly botched his most famous case. The doctor, together with several colleagues, provided the following diagnosis: "He is teetering like a blind man without guidance on the verge of a precipice." The king in question was Ludwig II, the most famous of Bavaria's monarchs, both for his moniker of "Mad King Ludwig" and for the fact that he built several picturesque castles that still dot the southern German state today, including the famous Neuschwanstein at the foot of the Alps.

But how accurate was this drastic medical report? Did it stem from a proper examination that lived up to medical standards of the time? And who had an interest in Ludwig II being toppled? These questions have now been addressed by a group led by Mannheim-based psychiatrist Heinz Häfner.

Their findings, recently published in the journal History of Psychiatry, contradict the conclusions reached by Gudden. Häfner says that at no time did the king's behavior "provide reliable evidence of his purported mental illness."

Many historians have refrained from questioning the conclusion that the king from the House of Wittelsbach was mentally ill. After all, Ludwig gave his contemporaries ample reasons to question his sanity. He plunged his kingdom into massive debt with his megalomaniac construction projects. And he countered warnings that he wouldn't be permitted to complete ongoing construction projects by threatening to commit suicide.

Furthermore, he threatened one ill-mannered servant with deportation to America. He wanted to forbid another underling from putting milk in his coffee. He even confounded members of his family with his enervating behavior. But did that warrant his being declared insane?

Heinz Häfner found out that Ludwig was hard-working, contrary to his reputation. Each year, his majesty reviewed 800 documents pertaining solely to domestic Bavarian affairs. A few days before he was dethroned, the king had worked his way through a pile of papers which he signed and sent to the relevant ministries. Ludwig conducted government business far more quickly than his predecessor Maximilian II, Häfner remarked.

If anything, Gudden's diagnosis of paranoia and insanity casts a dim light on the doctor's own decidedly odd methods. Instead of examining the king himself, he based his report on interviews with a few of his aides in secret night-time meetings.

"By the way, a personal examination has just confirmed the written evaluation," Gudden telegraphed to the chairman of the Bavarian Council of Ministers, Johann von Lutz. That, however, was a bald-faced lie.

Ludwig's removal from power brought his uncle, Luitpold, onto the throne as prince regent. But this coup had less to do with a thirst for power than with a combination of understandable motives.

Ludwig hadn't just angered his family and come close to driving his country to financial ruin. He also embarrassed the Bavarian royal family at every opportunity. War Minister Joseph Maximilian von Maillinger, for example, was forced to leave office in 1885, partly because the gay monarch couldn't refrain from recruiting his lovers from a cavalry unit, the Bavarian Chevau-légers.

As such, Gudden's misguided diagnosis was far from unwelcome. The lethal outcome was probably unintended, but couldn't be ruled out given that Ludwig faced the prospect of being confined to a royal cell in the Berg palace on the shores of Lake Starnberg, with barred windows, doors with observation slits and no handles. Harsh treatment for a man whose behavior these days would be regarded at worst as the product of a personality disorder.

It is a diagnosis that countless people live with these days, without being locked away.