Just days after the German capital's slickest galleries finished celebrating Berlin Art Week, a far more modest show has opened at the Galeria Casablanca, though it has managed to attract considerable interest nonetheless.

"Flash Berlin 0.1" is a collection of photographs of naked breasts taken by Hans-Jürgen Watzlawek, who has been a taxi driver since 1998. The avuncular-looking 67-year-old is also a self-proclaimed artist and "lady whisperer," and as such, has been surprisingly successful at persuading female passengers to let themselves be snapped topless.

"It all began when I picked up one of my regulars and she confided in me that she thought she was pregnant," explains Watzlawek in the exhibition notes. "'My breasts are so big,' she said, and proceeded to pull up her top to show me."

"I'd never seen them before," he goes on, "so I couldn't tell if they were bigger than usual or not."

That's not to say Watzlawek wasn't interested. "'Fantastic breasts!' I told her," he recalls. Without thinking, he asked if he could take her picture, and an idea was born.

'The Breasts are Just Incidental'

Over the next two years, some 40 women agreed to expose themselves. One of them is Clara Held, who told the daily Berliner Zeitung that she'd been won over in minutes. "He's charismatic," she said. Clearly, Watzlawek could teach Travis Bickle a thing or two about how to talk to the ladies.

Curators are always wondering how to bring art to a broader public, and Zoltan Labas, owner of Galeria Casablanca, is no exception.

"These pictures raise fascinating questions about what art really is," he told SPIEGEL ONLINE, adding that he is fed up with the media response. "Some of the reporting has been just plain wrong," he complained. "For example, one paper suggested the women were all drunk." He's also been at pains to point out that the models were all over 30 and that, in many cases, their husbands were even present.

Asked if he sees the pictures as art, he unexpectedly replied that he doesn't. "But that's why they're interesting," he said. "They're something in-between. They're very powerful, and it's the details that are intriguing. The breasts are just incidental." 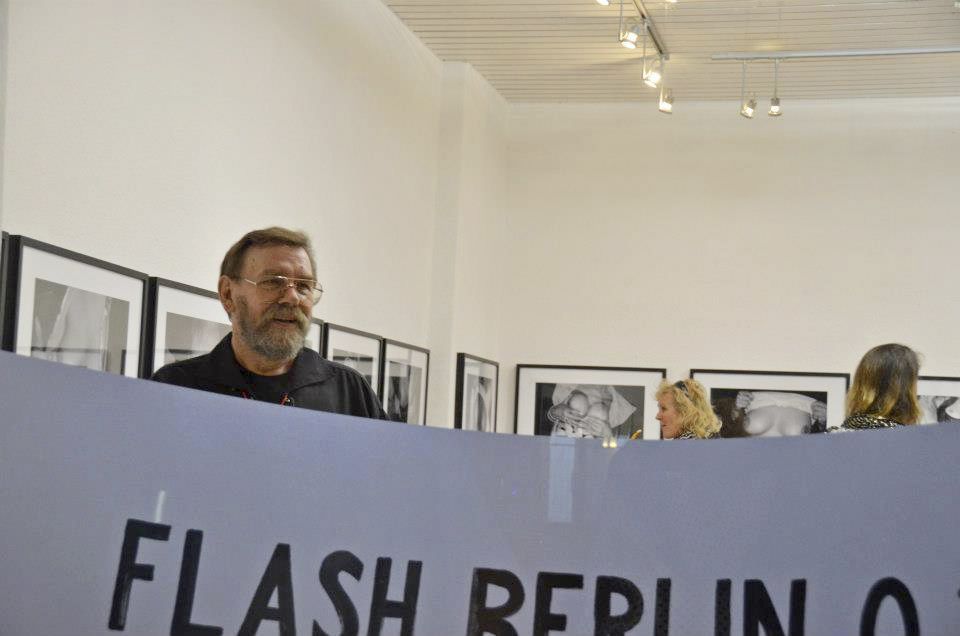 Hans-Jürgen Watzlawek at the Galeria Casablanca, where his breast photos are on display.