After he arrived for questioning at the State Office of Criminal Investigation (LKA) in Berlin, Werner Spies started off by telling investigators that he was the world's only expert on the works of the artist Max Ernst. Spies, an eminent German art historian, said that he first met the great surrealist in 1966, and he remains in close contact with Ernst's widow, the 100-year-old artist Dorothea Tanning. He was then questioned for a total of six hours.

That was on Oct. 5 of last year. On that day, LKA investigators must have fully realized the enormity of the case surrounding the "Werner Jägers collection" -- and that they were dealing with a huge scandal that extended far beyond the German art market and had international ramifications.

German artist Wolfgang Beltracchi, who has been in custody since last August, allegedly led a group that sold forged paintings by minor German expressionists, like Heinrich Campendonk. At the same time, the group circulated forgeries of works by the world famous surrealist Max Ernst (1891-1976). These paintings found their way, via galleries in Paris, to New York and the world's top international collectors.

Thanks to certificates of authenticity that were apparently far too gullibly issued by Max Ernst expert Spies, and which transformed forgeries into originals, Beltracchi and his accomplices were able to internationally place at least five paintings supposedly by Ernst. One of the buyers was New York publisher Daniel Filipacchi, who is one of the world's foremost collectors of surrealist art. According to investigators, he paid $7 million (€4.9 million) for the forgery "La Forêt (2)."

This would make this painting the most expensive forgery that the Beltracchi group ever put into circulation. The public prosecutor's office in Cologne recently brought charges against Beltracchi and three alleged accomplices in connection with the sale of 14 forged canvases. Authorities estimate that the sale and resale of the artwork resulted in total losses to the art community amounting to nearly €34.1 million. Lawyers representing Beltracchi and his wife Helene have declined to comment on the charges against their clients.

The case, which could come to trial as early as late summer, puts the spotlight on the world of art experts in general and Werner Spies in particular. Spies, who hails from the southern German region of Swabia, is a towering figure in the world of art history. He has been awarded a number of honorary doctorates and served as the director of the Pompidou Center in Paris. Spies was also awarded the Knight Commander's Cross of the Order of Merit, a prestigious German state decoration, and is an officer of the French Legion of Honor.

When Spies turned 70, then-German President Horst Köhler praised him as "one of the world's outstanding ambassadors of Germany as a nation of culture." For decades, Spies has been a regular contributor to the heavyweight Frankfurter Allgemeine newspaper, writing about art in his distinctive, slightly affected style. His "Collected Works" were published in 10 volumes.

Spies, who is now 74 years old, is a man who possesses charm and expertise, but also business savvy. Spies came across the 97.5 by 131.5 centimeter (38.4 by 51.8 inch) painting "La Forêt (2)" thanks to a man named Otto Schulte-Kellinghaus, who has also been charged in connection with the scandal. Schulte-Kellinghaus's lawyer, Rainer Pohlen, declined to comment on the charges.

The story that Schulte-Kellinghaus told Spies concerning the painting's origin sounded convincing enough: He said that the large canvas originated from the gallery of the legendary German-Jewish art dealer Alfred Flechtheim, who had sold it to a private collector in Cologne in 1930 -- namely to Werner Jägers, the grandfather of the owner, Helene Beltracchi.

As it happened, Flechtheim had organized a major Max Ernst show in 1929, and many of the approximately 50 works that he displayed in Düsseldorf back then are still thought to be missing.

Spies showed a great deal of interest. In early 2004, he took the train to Montpellier and visited the Beltracchis' French estate, the "Domaine des Rivettes," where Helene Beltracchi showed him the supposed masterpiece. She repeated the Jägers legend and apparently made a lasting impression on the expert: "With regard to the style," Spies later told investigators, he had "no doubt" about the painting's authenticity. He issued a positive appraisal at the time, giving the painting the necessary seal of approval for the art market. Conveniently, Spies also immediately came up with a dealer who handled the sale: Geneva-based art agent Marc Blondeau, who is now a key witness in the affair.

After being alerted to the existence of this "extremely interesting work," Blondeau traveled in March 2004 to Mèze in France, where Helene Beltracchi again presented the painting: in a ground-floor bedroom, on an easel behind the bed. Blondeau, a former director of Sotheby's in France, was also enthusiastic about the work, and started to look for a buyer. Apparently, he was successful: According to the findings of the Berlin LKA, "La Forêt (2)" was sold in late 2004 for some €1.8 million to a company called Salomon Trading. On Nov. 12, 2004, €1.7 million was transferred to an account belonging to the Beltracchis at the Credit Andorra bank in the tiny Pyrenean country of Andorra.

Over one year later, the painting surfaced at the Galerie Cazeau-Béraudière in Paris, which immediately lent it to the Max Ernst Museum in Brühl, Germany, the town where the artist was born. There, the forest painting hung from March to August 2006 and was considered one of the museum's main attractions.

Spies was responsible for the presentation. The painting's value increased. In September 2006, the Galerie Cazeau-Béraudière put the painting up for sale at an art show in Paris for €6 million -- and found a prominent buyer. According to the state prosecutor, two companies, Diva Fine Arts and Hanna Graham Associates, brokered the sale of "La Forêt (2)" for $7 million (some €5.5 million at the time) to Daniel Filipacchi.

Born in 1928 in Paris, Filipacchi, who could not be reached for comment last week, is a major mover and shaker in the publishing world. A typesetter by trade, he made a name for himself after World War II as a photographer for the glossy French magazine Paris Match. As a recognized jazz expert, he acquired a music magazine, later bought Paris Match, purchased the then-struggling Elle magazine, and published the French editions of Playboy and Penthouse. After making his company into one of the world's largest magazine publishers, he retired from the business. Filipacchi has been an avid art collector since the 1950s.

A few weeks after Filipacchi purchased "La Forêt (2)," the Max Ernst Museum in Brühl received a generous donation from the Galerie Cazeau-Béraudière in Paris: The museum was presented with a self-portrait by Max Ernst. "For my esteemed work," says Werner Spies of the gift today, "my publications, my commitment to surrealism." Spies is the director of the foundation that runs the museum, and he sits on the board of trustees. Writing in the Frankfurter Allgemeine at the time, he compared the gift to a kind of nest in which the first egg had been laid.

While the German justice system merely sees Spies as a witness in the current case, the art historian now faces serious legal problems in France -- due to another allegedly forged Max Ernst painting originating from the Beltracchis, which he had declared to be genuine, and which has also become the subject of an investigation by the LKA in Berlin.

The work, "Tremblement de terre," which was supposedly painted in 1925, was sold in 2004 by the Galerie Cazeau-Béraudière to a company called Monte Carlo Art S.A. in November 2009 and auctioned by Sotheby's for $1.1 million. Now, Monte Carlo Art has filed charges against gallery owner Jacques de la Béraudière and Werner Spies, and is suing them for damages in a civil court in Nanterre, near Paris. An initial hearing was held on Monday of last week, and a spokeswoman for the court has confirmed the lawsuit.

Last August, when Berlin LKA investigators searched the home of Otto Schulte-Kellinghaus, the man who had informed Spies about the existence of "La Forêt (2)," they found a scientific report on the painting from 2003. Schulte-Kellinghaus had commissioned an expert in Paris to examine the artwork.

The results showed that "La Forêt (2)" could not have been painted in the year 1927: It contained pigments that were not yet in use at the time. 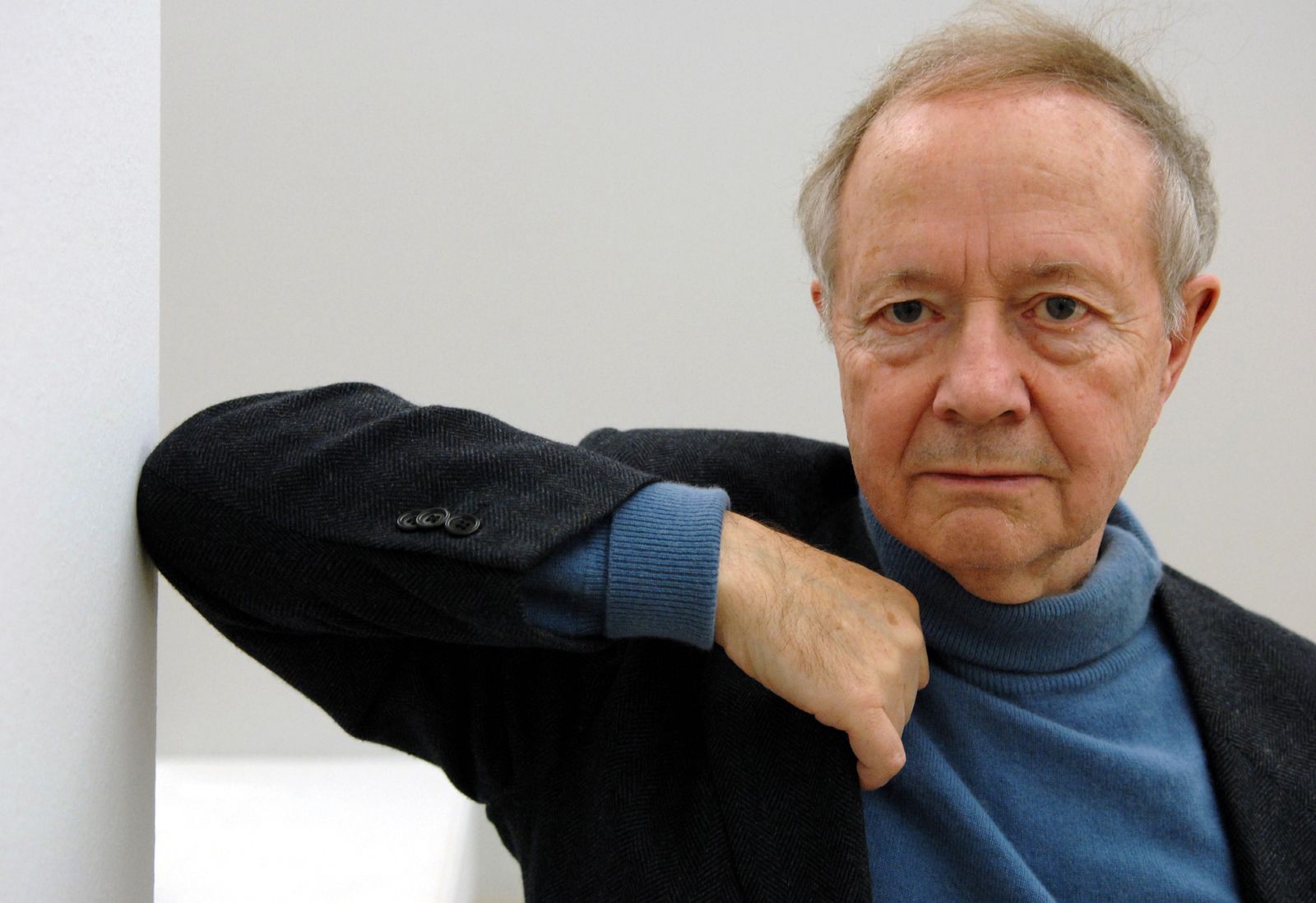