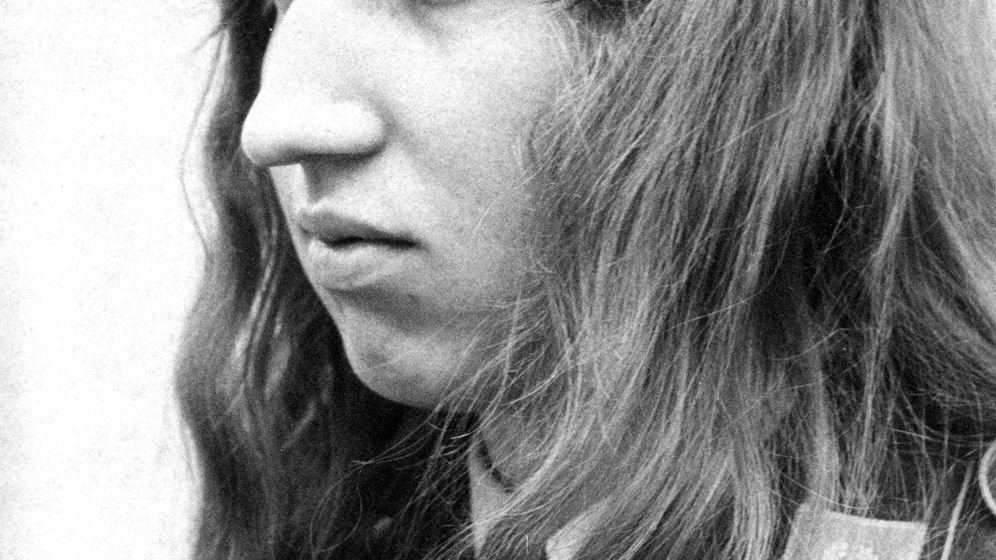 Since the very birth of the concept of a military, deterrence has always been one of the key tools in an army's arsenal. The greater a force's deterrent potential, the less likely it would be attacked. Part of that is being well-armed. Of course, it also helps when an army's soldiers come across as tough and ready to fight.

During the 1970s, deterrence had already been a central part of NATO's strategy for decades, as part of its efforts to defend itself against the threat represented by the Eastern bloc. But there were differing opinions at the time over just what a tough soldier's outward appearance ought to be. Those opinions diverged even further when, in 1971, Germany's armed forces, the Bundeswehr, lifted a rule that conscripts could only have close-shorn hair. The change meant that recruits could grow their hair soldier-length -- and it made the blood of tradition-conscious military veterans boil, both inside and outside of Germany.

The only restriction on soldiers' hairstyles was that men with shoulder-length manes had to wear hair nets, like workers at a fast food restaurant. The development outraged Germany's NATO allies. Who on earth were these hairballs in uniform going to scare away, they asked?

In many world cultures, men with longer hair have always had a special status. The Nazirites, who are mentioned in the Old Testament of the Bible, didn't cut their hair because they wanted to demonstrate their closeness to God. Many heroes in Greek mythology also had long hair. The Roman historian Tacitus even reported that male members of Germanic tribes were only allowed to cut their hair after they had killed an enemy. In the centuries that followed, it was largely upper-class men who wore their hair long -- including in the military. At some point in the 19th century, though, the hirsute look fell out of fashion.

Men with long hair first established themselves as symbols of the counterculture in the United States after World War II. Tony Curtis's pomaded forelock became stylish in the 1950s. And Elvis Presley and the Beatles, with their mop tops, helped bring the long-hair trend to Germany, too. In the 1960s, it became an expression of protest against the state and society.

The new fashion also came to the attention of the Bundeswehr. Year after year, increasing numbers of new recruits turned up at the barracks with flowing locks. By then, another thing had changed, too. The recruits no longer saw themselves as soldiers who had to blindly follow orders, but instead as citizens in uniform. Some were firm in their refusals to visit the base's barber.

The battle to permit longer hair in the Bundeswehr began in earnest with a high school graduate named Albrecht Schmeissner, who hailed from the university town of Tübingen. Later he would become a member of the Green Party's national executive board. But back in 1967, the young man joined the military with a haircut that could best be compared with a lion's mane. Among the rank and file, he had to frequently contend with quips about whether he was a man or a woman. He countered repeated orders that he go to the barber by referring to his constitutional rights as well as military regulations. The latter stated that hair must be cared for, but did not contain any stipulations about the maximum length permitted.

When Schmeissner finally caved in, 45 days into his career as a soldier, it wasn't just the result of the harassment he had received. His officer had sought to press insubordination charges against the young soldier, submitting a large photo of the soldier and his bounteous tresses as evidence. The soldier reluctantly surrendered to the scissors.

The case in itself was an isolated one, but it did underscore a number of growing problems in the Bundeswehr. Men with long hair had arrived in the establishment by then. Hosts of German TV newscasters, football players and even young stars in major political parties were wearing their hair below their ears.

Ultimately, the troops were forced to capitulate to changes in society. An order was issued on Feb. 8, 1971 by then German Defense Minister Helmut Schmidt, who would later become chancellor. Nicknamed the "Hairnet Decree," it read: "The Bundeswehr must take into account developments in general taste and cannot ignore them." Long hair would be permitted in the future, but with one condition: "Hair and beards must be kept clean and well-kept. Soldiers whose work and safety might be impaired through their hairstyle must wear a hairnet to work."

With a single sheet of paper, barbers on German bases suddenly experienced a precipitous decline in business. Barbers complained publicly and some even left the bases in order for their businesses to survive.

Conservatives in society also complained, fearing that the troops' combat capabilities would suffer. The Süddeutsche Zeitung newspaper quoted one concerned mother, who described her son as hard working and orderly. "But now he has to go to the Bundeswehr and I am worried he will get scruffy."

The new rules made the Bundeswehr the butt of bad jokes around the world, with many calling it the "German Hair Force."

'The Troops Are Slovenly and Dirty'

The next problem came with the mandatory hair nets that many soldiers had to wear. The Bundeswehr ordered no fewer than 740,000 of them. But some soldiers worried that wearing the nets for extended periods of time could be damaging to their health. The Bundeswehr then decided to appoint a special commission to investigate the issue. The results even made Defense Minister Schmidt doubt the prudence of his notorious Hairnet Decree. Doctors interviewed by the commission stated that it was impossible to care for long manes in a way that would make them fit for combat or maneuvers. To boot, longer hair also resulted in increased cases of lice as well as dirt and dreck on soldier's collars and pillows that increased cases of skin problems, infections and parasitic infestations.

The doctors also diagnosed a second problem. Serving in the military created conditions that caused "irregularity in bowel movements," which in turn apparently caused many soldiers to experience outbreaks of acne. These symptoms turned out to be even more common in men who "wore beards and long hair." In addition to the health aspects, the commission also looked at the cold hard economic reality. They noted that longer hair required greater amounts of water to wash, greater maintenance costs for water mains and sewage pipes as well as expenses for hair dryers. All of this, they argued, would put a strain on military budgets.

Armed with those facts, the members of the commission sought to convince senior military officials to rethink the Hair Decree. Schmidt recognized the explosiveness of the data. His armed forces commissioner in the German parliament had also expressed himself in no uncertain terms, saying: "The troops are slovenly and dirty."

Fifteen months after the order allowing longer hair, business for base barbers picked up again starting in May 1972. The defense minister decided that, from then on, a soldier's hair could not touch his uniform or collar and that hair could not cover a person's eyes or ears.

The Hair Force, it seemed, had not been a good idea.

A version of this story originally appeared on einestages.de , SPIEGEL ONLINE's history portal.