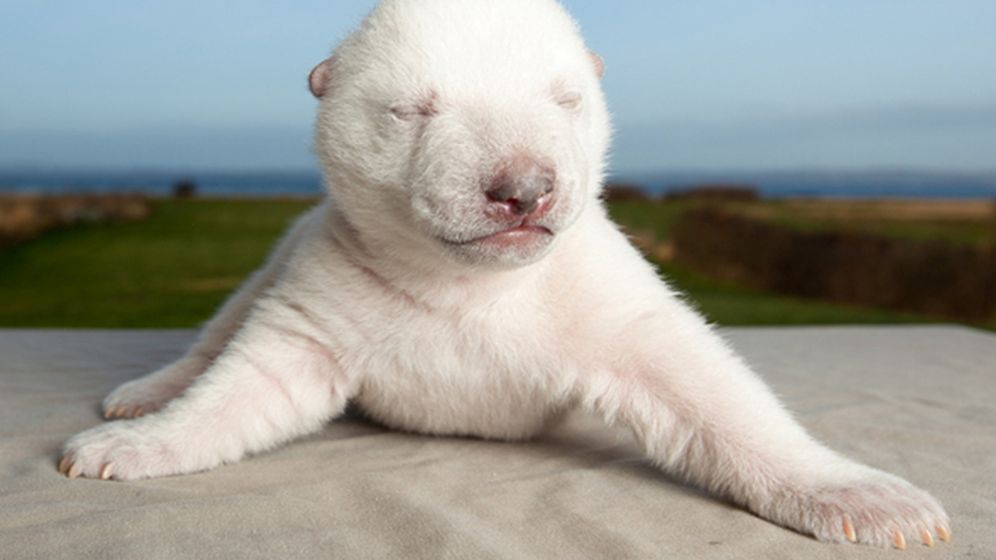 An adorable newborn polar bear being hand-reared by a Denmark zoo has become a worldwide sensation over the holidays. Some fans have even dubbed the wee carnivore the "new Knut."

Born on Nov. 22 at the Scandinavian Wildlife Park in Kolind, some 170 kilometers (105 miles) northwest of Copenhagen, little Siku was removed from his mother just two days later. Zookeepers were concerned because he was "constantly screaming and being very unsettled," the zoo's website reports.

For the third year in a row, his mother Ilka had apparently not produced any milk, prompting his keepers to try bottle rearing instead. The cub, whose name means "ice" in Greenlandic, has responded well to the bottle. He has doubled in size since his birth and now weighs some 3.2 kilograms (7 pounds), the zoo reports.

With three people providing constant care to the bear, Frank Vigh-Larsen of the Scandinavian Wildlife Park told the Associated Press news agency that Siku is doing "really fine." Had the cub stayed with his mother, he might have died, he added.

A new video posted on Tuesday by the zoo on Siku's increasingly popular Facebook fan page shows the baby bear slurping away at his bottle with healthy enthusiasm. Later, the cub is shown dozing happily with a full belly.

Since his recent debut, Siku's videos have gone viral online. He has gained some 1 million YouTube fans and been "liked" nearly 15,000 times on his Facebook page. His success earned him a spot on US talk show "Today," where he appeared on Tuesday with handler Vigh-Larsen via satellite.

Though a number of fans have made comparisons to Berlin's famous polar bear Knut, who died in March, Vigh-Larsen told the "Today" show that Siku will have a different life.

"Siku will be a completely different bear than Knut," he said. "He will grow up in a different environment. We have the world's largest polar bear facility here, covering two-and-a-half hectares, and when he's about two years old he will move in with the other four polar bears (at the park) and have a very normal polar bear life -- as normal as it can be in captivity."

While Berlin continues to struggle with how to memorialize its star bear Knut after he died suddenly this spring at the age of four, drowning after a seizure caused by encephalitis, Siku may carry on his legacy of promoting climate change awareness. His symbolic name is meant to call attention to the swiftly disappearing habitat of polar bears. With climate change rapidly melting the Arctic sea ice the species relies on for hunting, they could be extinct in the wild within 40 years, the zoo warns.

Vigh-Larsen asked "Today" viewers to make an effort to reduce their carbon footprints and save energy on Siku's behalf. "And if you all do that, he would be very, very happy," he said.