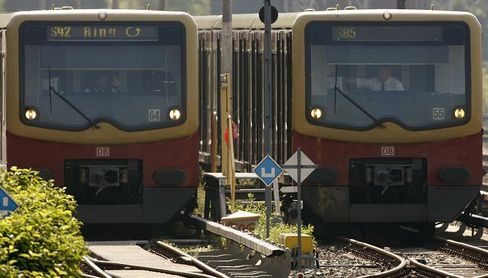 Berlin's communter trains smell of many things, not all of them pleasant: wet umbrellas, body odor, unwashed dogs, kebab and currywurst, sometimes spilled beer or schnapps.

But that may change. German rail, which runs the Berlin commuter train -- or S-Bahn -- system has announced plans to lace the S-Bahn with its very own de-odoring odor. "A relevant test is being prepared," rail spokesperson Burkhard Ahlert told the Berliner Zeitung Thursday.

An employee dreamed up the idea to neutralize urban smells with an "S-Bahn perfume" contest, to find ways to improve the experience of commuters. The preliminary stages, underway soon, will involve "test sniffing," said Ahlert.

Trial runs involve 100 of the city's 620 local trains, said Ahnert. German rail has not made an estimate for how much the project will cost.

The initiative is loosely based on a similar project in the Paris Metro, which introduced a fragrance called "Madeleine" in 1999. Named after what was formerly the French capital's smelliest stop (and a delicious pastry), the perfume has notes of orange, lemon and lavender. Parisian stations are mopped with an estimated 1.5 tons of the stuff per year.

The Deutsche Bahn abandoned the idea of using Madeleine in Germany after several trial wipe-downs. The fragrance proved too weak to overcome Berlin's subway odors, according to the DDP news agency. German cleaners may install fragrance dispensers in the subway cars instead.