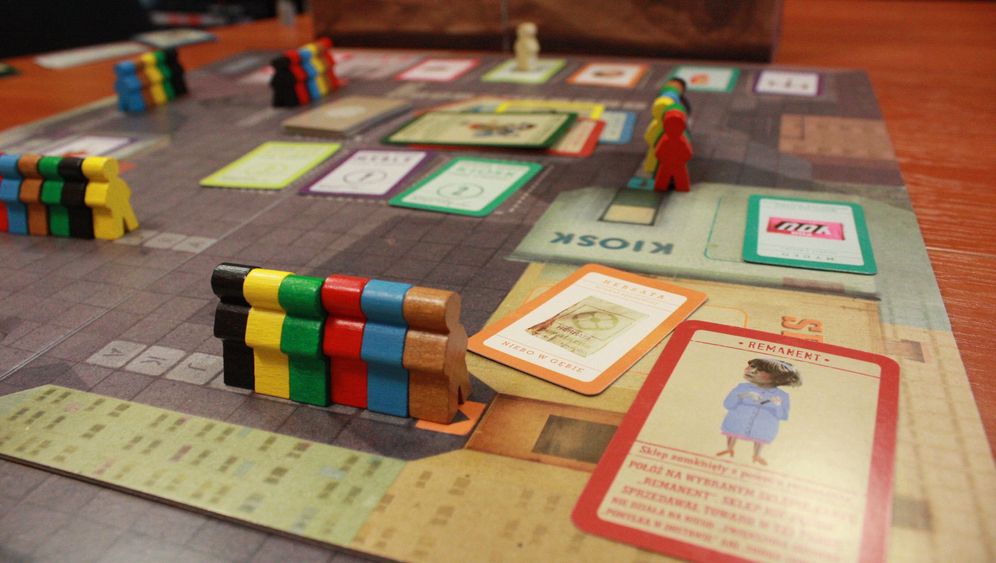 There are no glamorous avenues for sale, nor can players erect hotels, charge rent or make pots of money. In fact, a new Polish board game inspired by the classic Monopoly is all about communism rather than capitalism.

The goal of the game, which will officially be launched on Feb. 5, is to show how hard and frustrating it was for an average person to simply do their shopping under the Communist regime in Poland. The game has been developed by the Institute of National Remembrance (IPN), a Warsaw-based research institute that commemorates the suffering of the Polish people during the Nazi and Communist eras.

Just like in the original Monopoly, acquisition is the name of the game. In this case, however, that means struggling to get basic necessities such as food, clothing and furniture. "In the game, you send your family out to get items on a shopping list and they find that the five shops are sold out or that there hasn't been a delivery that day," the IPN's Karol Madaj told SPIEGEL ONLINE Thursday, explaining that the game "highlights the tough realities of life under Communism."

Indeed, there are many ways in which the game, which is called "Kolejka" after the Polish word for queue or line, builds frustration. Some rules allow other players to jump the line and get the last of a certain product, while others force players to give up their place in the queue.

Madaj emphasizes that the game was not inspired by any nostalgia for the Communist era, which lasted from the end of World War II until 1989. Instead, the IPN wants to educate young people who do not remember Communism by using the game as a tool to open up dialogue between the generations. "Those who were too young to remember how it was back then will be able to play this game with their parents or grandparents and maybe talk about how things were for the older generation," says Madaj.

Queue Jumping and Inside Information

Just like in the Communist era, players can leverage certain advantages to get what they need. The "colleague in the government" card is the equivalent of the famous "get out of jail free" card in Monopoly. Any player lucky enough to have one of these beauties can secretly find out when the next deliveries will arrive in the shops. Mothers with children are allowed to jump the line as well.

The game was tested on 100 people during the development phase and approved as an authentic representation of the difficulty of doing mundane chores in Communist times. According to Madaj, the oldest tester was an 84-year-old man who said that, just like in the game, the longest lines were always at the furniture stores.

A game about waiting in line for scarce goods may sound rather depressing, but Madaj believes both young and old will have a laugh while playing "Kolejka." And just in case that doesn't happen, the game comes with a book of jokes from the Communist era, as well as archive photographs of real people waiting in line and a booklet providing a historical overview.

The IPN believes in the power of games as historical education tools. In the last two years, it has produced four games, three of which focus on World War II, including "303," a board game based on the Polish 303 fighter squadron's role in the Battle of Britain. Another game about Polish underground resistance organizations during World War II is also in development.

"Kolejka" will have an initial production run of 3,000 and will be available to buy in stores at the very reasonable price of €10 ($13). And in case the lines at the shop are too long, it can also be purchased online.