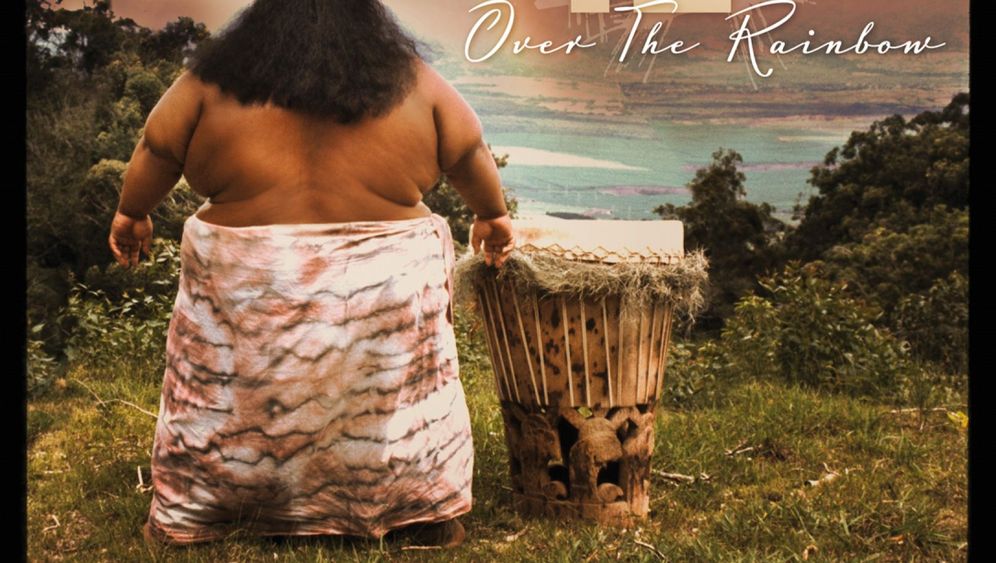 It's a song, and a story, both poignant and melancholy. Hawaiian singer Israel Kamakawiwo'ole, more affectionately known as "IZ," or the "gentle giant," recorded a cover of Judy Garland's "Over the Rainbow" in 1993. Four years later, he died at the age of 38 of weight-related illness. More than 10,000 came to his funeral, and his coffin lay in state in the Capitol building in Honolulu. It was the first time a non-politician in the aloha state had received the honor.

Softly strumming the ukulele, and with a voice both warm and inviting, IZ sang: "Somewhere over the rainbow, bluebirds fly. And, the dreams that you dreamed of, dreams really do come true."

Now, half way around the world from his island home, Germans find themselves singing along.

IZ's version of "Over the Rainbow" was released in Germany by Universal Music and B1 Recordings on Sept. 3. Since then, it has reached No. 1 on the charts and achieved platinum status, having sold more than 300,000 copies in the country, the fourth largest music market in the world.

Wolfgang Boss, owner of B1 Recordings, said it took him a year to convince the Hawaiian record label, The Mountain Apple Company, to sell him the European rights to the song. IZ was such a beloved figure, both in Hawaii and by the record company, that he had to persuade them a re-release of the song would be done tastefully, Boss said.

The song had made appearances on European charts in the past, and once reached the 12th spot on US billboards, but Boss is hoping that the marketing and distribution potential of his partnership with Universal will help it continue to reach new heights in Europe. A Universal release is planned in France in November, and in England at Christmas, he said.

The song took off in Germany without a major advertising campaign, and started running during the highlights reel on the German private TV network RTL2 only after it reached No. 1, he said. "After people heard it, the reaction to the title was enormous," he said. "And they passed it on."

Unlike the other singles topping German charts, about half of the sales of "Over the Rainbow" have not been digital downloads, but actual physical CDs, Boss said. The reason may be because the song has found a large audience among older listeners, who prefer traditional methods of playing music, and are moved by its content.

Hollywood has already realized the emotional reaction to the soft melody, and has used it for dramatic effect in movies and TV. In the films "Meet Joe Black," and "Finding Forrester" and in the popular television series ER, it was played after a significant character died.

IZ began playing music when he was a child, and was influenced by the Hawaiian stars Peter Moon and Don Ho, among others. Now, his song is inspiring others far away from the beaches of Waikiki to take up his instrument of choice -- the ukulele.

Bringing the Ukulele to Berlin

Raimund Sper, founder of the 1st German Ukulele Club, said about one-third of his 2,400 members started playing the instrument because they heard, and liked, IZ's song.

Sper, who goes by the nickname Uketeufel, or "Uke-devil," said he thinks the song has gained wider popularity in the country because it is so different from German music, which often dwells on tragedy and how hard life can be.

"Taking life easily, in Germany we don't always have an easy time with that," he said.