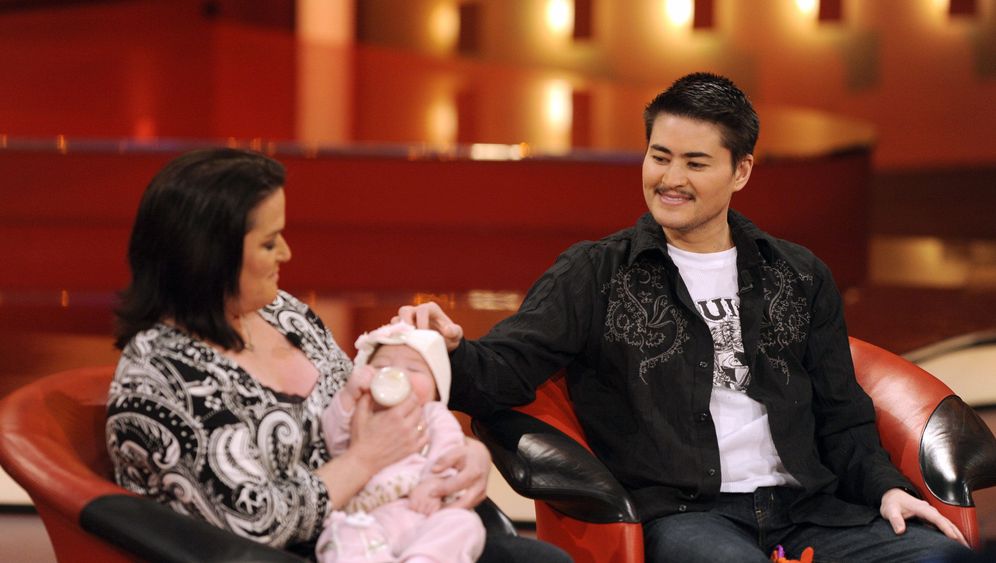 The news that came on April 11 sounded like a medical miracle. Berlin's civil registry office sent a letter to the youth and health department at the town hall in the neighborhood of Neukölln informing them of the "birth of a child by a man." According to the notice, the male mother had registered the infant himself after a home birth.

But it was not exactly a biological sensation. The "man giving birth" was a so-called trans man: a person who was determined female at birth but who identifies as a man and is recorded as such in Berlin's registry of marital status. Now the trans man, despite the pregnancy and childbirth, wants to be recorded on the birth certificate as the father and not the mother, "because, as he states, he is in fact not the woman who gave birth to the child, but a man," the internal memo reads.

The Neukölln case is somewhat unique, but dealing with transsexuals and their rights is part of everyday life for German government officials. In 1995, German civil registries counted only 400 "cases subject to the Transsexuals Act," in which people entered a different first name or gender than that which they were given at birth into the marital status registry. In 2011 and 2012, by contrast, there were 1,657 and 1,277 such cases, respectively.

The main reason for the increase in cases is a January 2011 decision by the German high court, under which transsexuals are no longer required to undergo a risky operation and the sterilization associated with it before they are legally permitted to change genders. Two psychological assessments are sufficient.

This makes changing genders easier today than it was in the past. It also means that it is highly likely that there are now hundreds of women in Germany capable of fathering a child and men who can become pregnant. A case in point is US citizen Thomas Beatie, who made worldwide headlines in 2008 as a man who became pregnant.

A Legal No Man's Land

The trans man from Neukölln doesn't want that kind of publicity. The civil registry has entered him as the father and, in doing so, has ventured into a legal no man's land. The child, conceived with donated sperm, officially has no mother, which is problematic under the law. The case constitutes a "legal loophole," said Justice Minister Sabine Leutheusser-Schnarrenberger, a member of the socially liberal, pro-business Free Democratic Party (FDP) who has been trying for months to close that loophole with a new Transsexuals Act. But the Interior Ministry, headed by conservative Hans-Peter Friedrich and responsible for civil registration matters, is blocking the effort.

There are only a few court decisions to offer any guidance at the moment. In 2009, the Cologne Higher Regional Court ruled that a trans woman who had changed genders could remain the father of a child born before her gender reassignment. And in 2008, the Federal Constitutional Court ruled that a marriage does not have to be annulled when one of the partners changes genders.

In other words, government agencies and the courts are fundamentally receptive to change. In practice, though, there are frequent snags, as a study commissioned by the western state of North Rhine-Westphalia shows. Outdated forms and inflexible software sometimes complicate things for bureaucrats. For instance, a trans man named Bernd might be addressed in a letter as "Dear Mrs. Bernd Mueller."

The authors of the study find fault with a "substantial inertia on the part of government agencies, which often only accept the affected individuals' right to be addressed correctly after lengthy complaints." Indeed, according to Andrea Budzinski, the chairwoman of the German Association for Transidentity and Intersexuality, every letter with an incorrect salutation is "a painful slap in the face."

She cites an especially egregious example of a long-haired trans woman in makeup and a skirt being called "Mr." in a government office. In the North Rhine-Westphalia study, an affected individual reported that even the progressive human rights activists at Amnesty International took more than half a year to refer correctly to his name and title on the member newspaper to which he had subscribed.

"There is still a lot of uncertainty and lack of knowledge when dealing with trans people -- among government agencies, associates and, unfortunately, even so-called experts," says Faustin Vierrath. A historian in the southwestern city of Freiburg, Vierrath and other trans people want lawmakers to support their demand for a legal claim to the issuance of new certificates and documents.

'It Has to Become a Simple Administrative Act'

But the main concern of transsexuals is to get rid of assessments by psychologists. Currently such assessments are required for changing a first name or making a new entry in the marital status registry. As part of the assessment, therapists ask intimate questions about sexual practices and childhood memories. Many transsexuals find this excruciating.

"It has to become a simple administrative act when, for example, a person identified as female at birth wants to live in accordance with his true sexual identity as a man. All it should take is filing the application and having it entered, and that's it," says Vierrath.

Renate Rampf, spokeswoman of the Gay and Lesbian Federation in Germany, even proposes abolishing the official distinction between men and woman or mothers and fathers. When a child is born, says Rampf, the genders of the parents should be irrelevant. "Many problems would be avoided like that," Rampf claims. Because the German language is largely gender-specific, such a reform would mean amending official letters with, for instance, special gender-neutral salutations followed by an asterisk that would serve as a "placeholder for all sexual identities."

As of Nov. 1, the specification of gender will no longer be required on official documents in the case of intersexual children. They differ from transsexuals in that they are born without clear physical gender characteristics.

The Neukölln trans man also tried to convince the civil registry not to disclose the gender of his child, but it refused. He has now registered his child as a boy and has given him a male name. However, the youth welfare office is unclear when it comes to the baby's "gender identity." Because the child was not born in a hospital but with the help of a midwife, no one can readily confirm what that identity is. It is possible that the boy is in fact a girl: a girl who is a boy in the eyes of the law and officially has no mother. 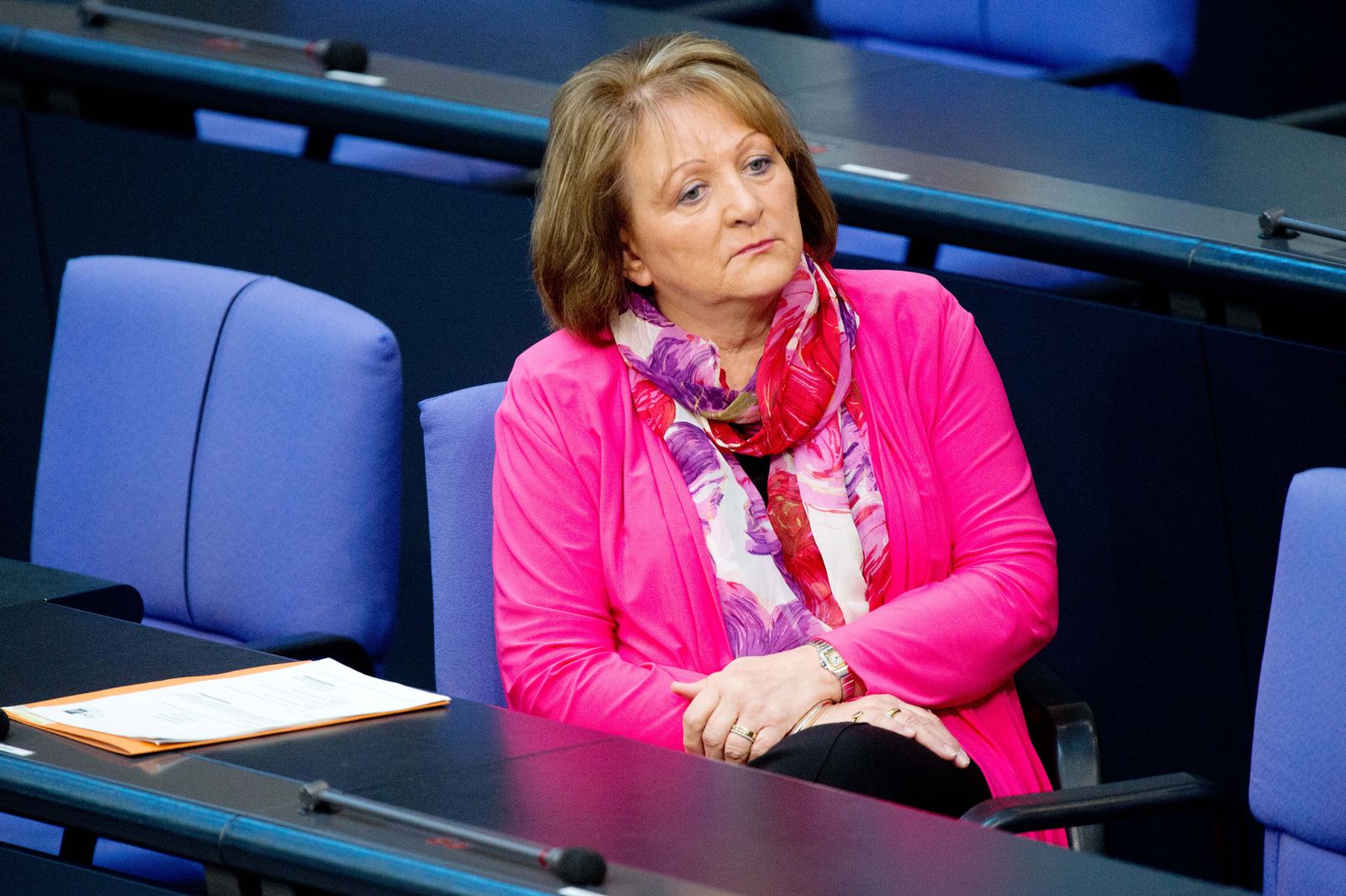 Berlin's civil registry ventured into a legal no man's land by registering a trans man who gave birth to a child in April as the child's father. The child, conceived with donated sperm, officially has no mother, which is problematic under German law. The case constitutes a "legal loophole," said Justice Minister Sabine Leutheusser-Schnarrenberger (pictured), who has been trying for months to close that loophole with a new Transsexuals Act. But the Interior Ministry, headed by conservative Hans-Peter Friedrich and responsible for civil registration matters, is blocking the effort.