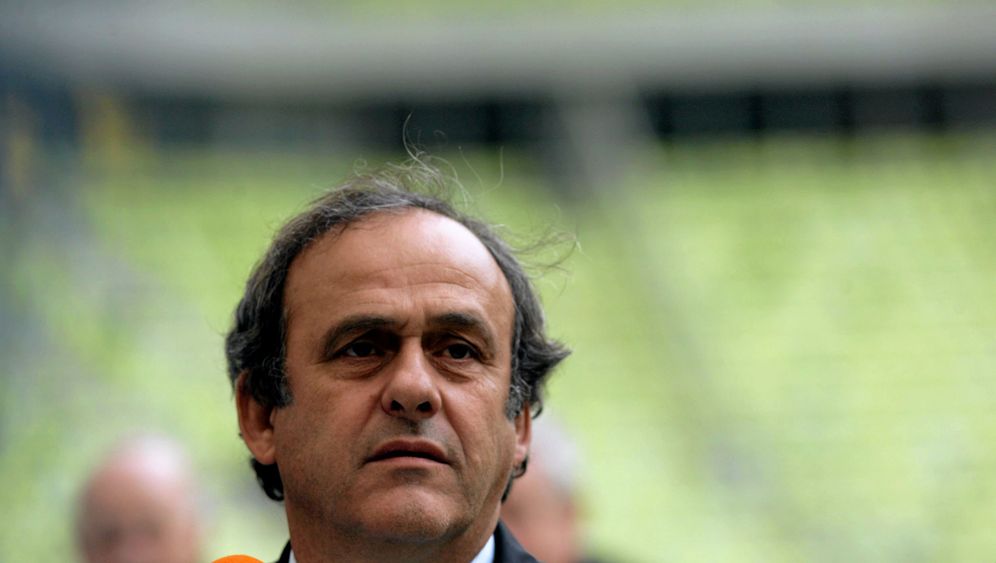 SPIEGEL: Mr. Platini, what do you think the chances are that, on July 1 next year, you'll be handing over the European championship trophy to the German football team in Kiev?

Platini: The chances are good. Germany has a strong team and, in recent years, the German Football Association has been working well with younger players. The Germans have also learned something from the way the French promote young talent.

SPIEGEL: After your French team lost to Germany in the semifinals of the 1982 World Cup in Spain, you said you could kill all Germans.

SPIEGEL: But did you think it?

Platini: Only right after the drama of the game. I would have actually preferred to kill all the Dutch because the referee came from Holland. But that's just a figure of speech, I can reassure you.

SPIEGEL: Today, as the president of the Union of European Football Associations (UEFA), you are more likely to get upset about organizational shortcomings. The 2012 European Championships will be co-hosted by Poland and Ukraine. Is everything going to run smoothly?

Platini: Well, the infrastructure is there. That was difficult enough, a major challenge. Now they need to have foreign experts on the ground there and UEFA's help. There are some small problems. Here, you have an airport that isn't finished; there, you have a missing bus system. But I get a bit less worried every day.

SPIEGEL: Was any serious thought really given to letting Germany host some of the games rather than Ukraine?

Platini: It was one of several possibilities. Poland would have made it no matter what. But whether Ukraine would only be able to manage two stadiums instead of four; that was a question until recently.

SPIEGEL: When did it become clear that Ukraine was going to meet the requirements?

SPIEGEL: You're putting a lot of effort into your Financial Fair Play project. It aims to ensure that investors can't pump obscene amounts of money into European football. Will such measures help German teams become more competitive internationally?

Platini: I can't say. We just want to introduce some fairness. The clubs should only use their operating income to meet their expenses, with the exception of expenditures for infrastructure and youth organizations. We want to gradually introduce that and, for the first time since I became president in 2007, everybody has agreed on a single measure -- politicians, national associations, even the clubs.

SPIEGEL: Beginning this season, club finances will become subject to UEFA monitoring. In the next two years, each club will only be allowed to run up a maximum of €45 million ($62 million) in losses ...

Platini: … exactly. And, thereafter, it will gradually be less and less.

SPIEGEL: Do you think those clubs which thus far have been financed by deep-pocketed owners will be able to manage it?

Platini: Everybody has been aware of the rules for two years. They had time to adapt.

Platini: I know, I know. We know it, but the clubs know it, too. Even the American investors who have joined FC Liverpool knew Financial Fair Play would soon be in place. They said it was one more reason for investing in football.

SPIEGEL: In the summer, an investor from Qatar took over a majority stake in Paris Saint Germain and spent almost €90 million for new players. Some people apparently believe that success in sports can still be bought. Perhaps because your fair play regulations don't stipulate any concrete penalties?

Platini: It's not about killing the clubs; we want to help them. There is a range of possible sanctions, including monetary fines, a ban on signing new players and the exclusion from competitions.

SPIEGEL: The clubs are sure to look for loopholes. Manchester City, for example, is now receiving the unbelievable sum of £400 million (€458 million). It is supposedly advertising money, part of a 10-year contract with Abu Dhabi's state-owned airline. But the company is run by a half-brother of the club owner. One could argue it is sham sponsoring.

Platini: That will also be monitored. We have an expert commission tasked with determining which sponsorship deals are in line with market conditions. Then, we will decide on whether that is acceptable operative income or not. Not everything will be easy and, at first, not everything will be perfect. But the political will to begin is there.

SPIEGEL: Have you already seen some changes?

Platini: Clubs that have avoided deals with high transfer fees and are now losing their games are saying: "It's Platini's fault." That's new.

SPIEGEL: In early October, the European Court of Justice ruled that it was illegal to sell TV rights for soccer on a nation-by-nation basis. So far, the rights to broadcast Champions League matches on pay-TV have also been sold on this basis. Will UEFA now be forced to alter its marketing strategy?

Platini: I don't think this ruling will radically alter the way UEFA allots TV rights. We're doing our best to ensure that the public has a maximum degree of access to our matches. We will continue to do so, within the EU legal framework.

SPIEGEL: Another case currently in court is that of the Swiss club FC Sion, which is causing you concern these days.

Platini: As are several other clubs.

SPIEGEL: According to the verdict of a Swiss district court, Sion should be allowed to play in UEFA's Europa League despite the fact that the club has been banned for fielding ineligible players. UEFA refuses to obey the court's order. How is it that you can simply ignore a court's ruling?

Platini: The prosecutor will pose that question to me on October 19. I can't talk about it now. But the issue is simple: The club undermined a transfer ban imposed by FIFA for inciting a goal keeper to break his contract and sign with it. Despite the ban, Sion signed on six players and let them play.

SPIEGEL: Sion says the club had already served its penalty. Why are sports associations so quick to react whenever individual members undermine the autonomy of the sport's jurisdiction and appeal to civil courts, instead?

Platini: It would be a catastrophe for the sport if everyone could go to court at any time. Imagine if a player got a red card and found a judge who said: "The referee and the football association are preventing him from performing his job." A ban on working! We could all just call it quits.

SPIEGEL: Is that what makes the Sion case so explosive?

Platini: If a court decision finds that the six ineligible players should have been allowed to play, it would be a disaster, the end of football.

SPIEGEL: You played in an era before football had become the global business it is today. Would you want to be a player now?

Platini: Not really. In my era, you played because it was fun. I joined a professional club, AS Nancy, when I was 17. Now, you have to join a professional club at 10 or 11. If I had had to go abroad at 10, I might have grown unhappy and given up football.

SPIEGEL: Will you take the place of Joseph Blatter in 2015, when his final term as the head of FIFA, the global football association, comes to end?

Platini: I don't know. A president of UEFA, it is in my interest to see a European at the top of the world association. Whether that is me or someone else, we'll just have to see.

SPIEGEL: It is said you're already taking English lessons.

Platini: But not because of FIFA. UEFA has 53 member associations, so I also have to occasionally deliver a speech in English. I already took lessons once five years ago, and now I want to understand more. If I hear a Japanese person speak English, for example, it's okay. But it's hard to understand the British.