It was enough to make anyone nervous. Three weeks ago, a brown bear wandered out of the forest and into the southern Polish town of Przemysl. Even worse, the bear decided to check out a local school -- and many of the locals decided to try their luck at a bit of up-close-and-personal nature photography. 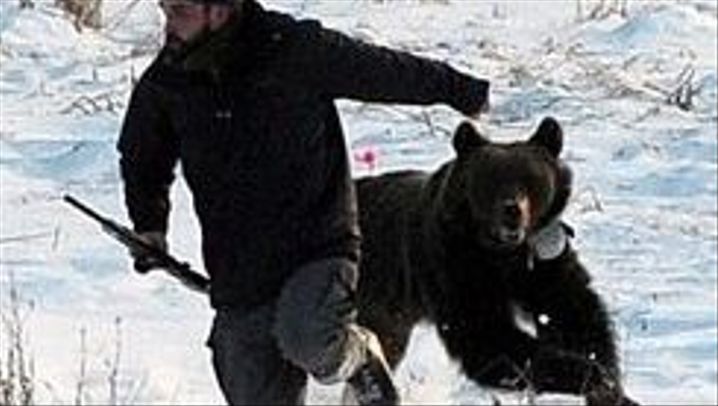 Authorities quickly put an end to the ursine escapade and tranquilized the bear, which had escaped from a wildlife park in a Ukrainian town some 40 kilometers away. But instead of bringing the bear back to its home, the bear was released deep in the forest in the hopes that it would henceforth steer clear of humans.

It didn't. On Friday, the she-bear was back, this time nosing into the village of Chorzow. And this time, efforts to tranquilize her proved decidedly unsuccessful. Despite apparently succumbing to a first injection, the bear suddenly awoke when authorities approached. A chase ensued, with a second ranger having to come to the aid of his companion.

Authorities now want to lock the bear safely away in a zoo.